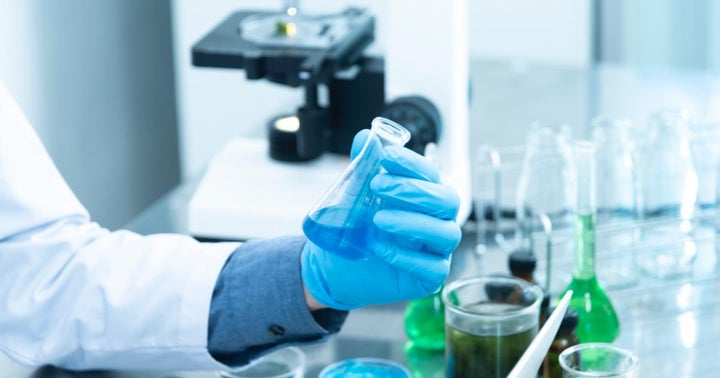 DMT, an abbreviation of N,N-Dimethyltryptamine, is the main active ingredient in ayahuasca, a hallucinogenic brew traditionally used as a spiritual medicine in shamanic ceremonies among indigenous communities in South America.

From a clinical perspective, DMT differs from other psychedelic drugs like LSD or psilocybin in its shorter onset and offset action.

The hallucinogenic effect of the drug has an average duration of about 30 minutes.

“Through this clinical trial we are most interested to evaluate how the duration of a DMT experience can be effectively controlled to ultimately benefit patients for therapy settings,” MindMed CEO JR Rahn told Benzinga.

In ayahuasca, DMT is consumed in combination with other alkaloids to prolong its action after oral use. Without the complement of these natural alkaloids, the compound becomes inactive when consumed orally.

In a clinical environment, DMT can become active when administered intravenously or through inhalation. This allows for controlled applications of the drug’s onset and offset times.

To induce a stable DMT experience lasting up to two hours, the drug will be administered in an intravenous dosing regime that can be rapidly interrupted by the researchers.

The goal is to experimentally test different intravenous DMT administration schedules to investigate the subjective and autonomic effects of DMT in healthy subjects, according to the study’s documentation.

DMT In A Clinical Setting

Anecdotal evidence suggests that DMT can have beneficial effects in the treatment of addiction and other mental health disorders.

“There is a growing trend in Western society to use ayahuasca and DMT to facilitate a healing process for one’s mind. However, there is very limited safety data and clinical trials evaluating DMT as a potential medicine, so we are going to double down on understanding the therapeutic opportunity and more effective ways to administer DMT in a controlled setting to achieve this healing process,” Rahn said.

MindMed is providing startup funding for a Phase 1 clinical trial under the direction of Dr. Matias Liechti, head of the Liechti Lab at University Hospital Basel.

The study is expected to begin in the fourth quarter.

Photo by Chokniti Khongchum from Pexels.

It’s sad to say, but it seems like the only time we pay attention to the addiction problem in this country is when someone famous overdoses. Such is the case with DMX, who I would argue is one of the most unique and gifted rappers ever. read more