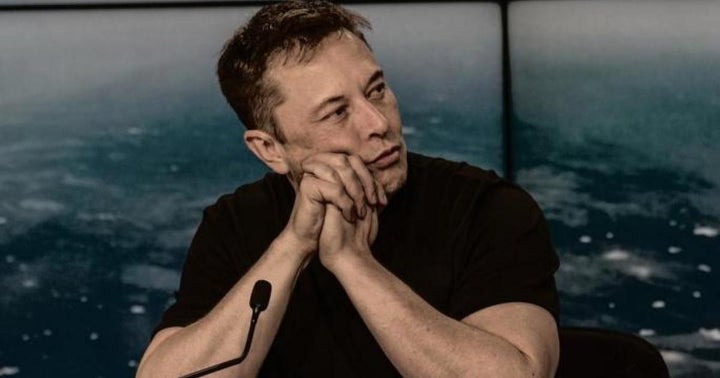 Can a prominent person create change with a statement alone? To an extent, it appears so, though experts say more is required to move the needle when creating change.

Tesla Inc. (NASDAQ:TSLA) CEO Elon Musk became one of the latest notable names to use their platform to stoke conversation.

In the early hours of June 6, Musk tweeted about the disparity that finds thousands of people in jail for selling marijuana while the market becomes increasingly legal.

"Doesn't make sense, isn't right," was the extent of his analysis. While lacking any further depth, Musk's platform added to the gathering calls for reform across cannabis, policing and civil rights.

Selling weed literally went from major felony to essential business (open during pandemic) in much of America & yet many are still in prison. Doesn’t make sense, isn’t right.

Experts in cannabis and criminal justice believe more is needed to create the change being sought.

Morgan Fox, media relations director for the National Cannabis Industry Association (NCIA), said that while Musk's statement isn't groundbreaking, influential voices do add volume to the chorus of those seeking reform.
"While such statements from prominent figures might help raise an issue's profile or increase awareness among their fans, it doesn't equate to policy change," Fox said.

Torie Marshall is a co-founding organizer of National Expungement Week (NEW), a week-long nationwide event aimed at providing services to individuals seeking to have their rights restored.

Marshall told Benzinga that Musk's statement, and others like it, raise awareness while failing to address systemic issues and those most impacted.

"If he's not being direct with who it's affecting, then he continues to allow the privileged to appropriate our narrative," said Marshall.

Roz McCarthy, CEO and founder of Minorities for Medical Marijuana (M4MM), said that "To black and brown people, the negative stereotypical history of marijuana in our country is a very sensitive subject."

McCarthy wishes that such statements would consider and acknowledge those most affected, especially during recent developments.

This disparity occurred across every state despite usage rates between the two races being similar.

She would also state that while she would like to see more from prominent people in power, like Musk, there is power in their platform alone.

"Like it or not, if Mr. Musk had not made his comment, we would not be here discussing this subject," McCarthy added. "That shows you the very power of words and how something as simple as a tweet can affect change."

Action Needed To Back Words

Businesses and prominent individuals alike need to back their words with action, said, several respondents.

James Watt, a co-founding organizer of NEW, believes words alone help but do nothing on their own. "Exploited communities need a constant, consistent amplification of our voices," Watt told Benzinga, adding, "action is always the path to results."

Some, like NCIA's Fox, echoed a similar response many had for Musk on Twitter, telling him to donate his money to worthy causes, like the Last Prisoner Project.

A person, regardless of their bank account, can take action. Both NEW's Watt and M4MM's McCarthy say customers can use their buying power to show what they support.

Watt discussed how a consumer could show their support: "Consumers can make their voices heard by supporting companies that engage authentically, provide opportunities, and support ownership in historically marginalized communities."

McCarthy noted that customers could vet brands by asking questions ranging from what causes it support to how they use their platform to amplify Black and other marginalized voices.

On June 10, a group of cannabis companies, headed up by Cannaclusive, released the Accountability List, which aims to serve as a regularly updated catalog of industry brands and their responses to addressing inclusion in the space.

In a press release announcing the release, Cannaclusive co-founder Mary Pryor stated, "The Accountability List was created to serve as a guide for consumers who are living their values or for those who want to support brands that share those ideals."

When Colorado Congressman Ed Perlmutter of the House Financial Services Committee asked Treasury Secretary Janet Yellen on Wednesday if she agreed that giving cannabis companies access to US banks would facilitate tax collection by the IRS, she replied “Yes, of course it would.”  read more

Does cannabis use lead to more drinking, or to less?  The answer to that question has been as elusive as the chicken or the egg quandary.  read more

DEA Vs. HHS: Who Is To Blame For Cannabis Still Being A Schedule 1 Drug?

ACB, MMNFF, TLRY: Meet 9 Of The Richest People In The Cannabis Industry