Green Rush Podcast: Bruce Linton On Psychedelics, Listing On The NEO, And The Difference Between 'Going Public' And 'Being Public' 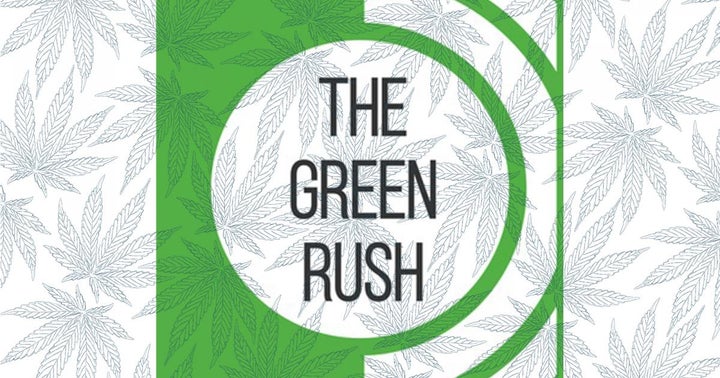 Bruce Linton, formerly the CEO of cannabis behemoth Canopy Growth (NYSE:CGC) and now Director of Mind Medicine (OTC:MMEDF) is this week’s guest on The Green Rush! Since his departure from Canopy in 2019, Bruce has since moved onto several new ventures within the cannabis and psychedelics spaces but is still the unquestioned face of the industry. Started with CNBC’s Kevin O’Leary, Bruce’s most notable role right now is with Mind Medicine, a neuro-pharmaceutical company that discovers, develops and deploys psychedelic inspired medicines to improve health, promote wellness and alleviate suffering.

Fresh off taking Mind Med public on the NEO Exchange, Bruce sat down with Lewis to chat about what he’s been up to since his departure from Canopy. The two touch on all of the headlines dominating the cannabis industry including most notably the public markets and capital crunch as well as what his outlook is for the long and short-term future of the space. In addition, the two tackle the burgeoning psychedelics industry and explore the work that Mind Med is currently undergoing, why now was the time to take the company public and what convinced Bruce that psychedelics were the real deal.

In addition, the pair discuss Bruce’s other cannabis ventures including his roles at Vireo Health (OTC:VREOF), Better Choice Company (OTC:BTTR) and Gage Cannabis.

As most know, Bruce is a one-of-a-kind leader in this space and his interview with Lewis provides a ton of great insights on how he is approaching the future.

Bruce has a passion for entrepreneurship and making a positive difference in the world. He brings a wealth of experience in building strong technology driven companies, developing world class teams and positioning his companies to deliver exceptional customer value and service.In his newly appointed role as an Active Advisor, Bruce will serve as Executive Chairman with GAGE Cannabis Co., following completion of the acquisition of Innovations – GAGE is innovating and curating the highest quality cannabis experiences possible for patients in the state of Michigan and bringing internationally renowned brands to market.

He is Special Advisor with Better Choice Company – (BTTR) BTTR is an animal health and wellness cannabinoid company that acquired TruPet LLC, an online seller of ultra-premium, all-natural pet food, treats and supplements, with a special focus on freeze dried and dehydrated raw products. And Director with MindMed – MindMed is assembling a drug development pipeline of psychedelic inspired medicines planning or undertaking FDA trials.Bruce is also an Activist Investor with SLANG Worldwide Inc. (OTC:SLGWF) is a leading global cannabis consumer packaged goods company with a robust portfolio of renowned brands distributed across 2,600 stores in 12 U.S. states. And with OG DNA Genetics Inc. (“DNA”) – DNA has built and curated a seasoned genetic library and developed proven standard operating procedures for genetic selection, breeding, and cultivation.He is the Founder and Former Chairman and CEO of Canopy Growth Corporation (CGC/WEED), Co-Chairman and past CEO of Martello Technologies, and Co?founder of Ruckify & Better Software.

Links and mentions in the show

Links to the guest’s company and social media accounts

This episode was hosted by Lewis Goldberg of KCSA Strategic Communications.

Special thanks to our Executive Producer Nick Opich and Program Director Shea Gunther.

For cannabis and psychedelics content in Spanish, check out El Planteo.