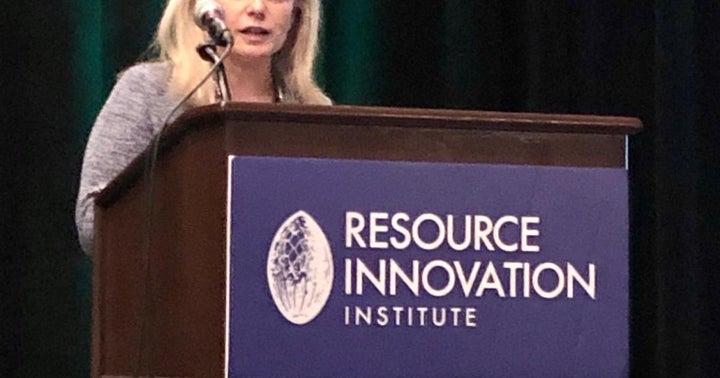 The new regulations will affect lives and cause ripples for countries and states which consider California policies as a model for their own legislation. RII, is a non-profit formed to advance cannabis resource efficiency and has expertise in industry data and policy assessing environmental impacts and best practices associated with cultivation resource issues. It has also developed an energy efficiency template to provide states and federal governments regulatory options to reduce the energy intensity of cannabis cultivation.

Founded in 2016 in Portland, Oregon, its distinguished Board of Directors includes the American Council for an Energy Efficient Economy, a former Energy Policy Advisor to two Oregon governors, a former board member of the US Green Building Council and leading cannabis industry players. It’s proprietary ‘Cannabis PowerScore’ benchmarking survey is built on the foundation of the world’s largest dataset on cannabis energy use.

While Californians and residents of other temperate climates may wonder ‘why indoor?’, for the rest of our planet, indoor agriculture represents a solution to complex challenges including population growth and availability of arable land.

The event arrived at a critical moment for CEA. The urban and vertical farming sector is scaling rapidly for a diverse range of crops and is being accelerated by cannabis legalization across North America. Additionally, urban areas and food deserts are evaluating indoor farming as a way to access locally grown produce efficiently and cost effectively.

Key considerations are the carbon and energy implications of indoor controlled environments. Drawing from the experiences of early models, the conference objective was to explore energy solutions for all forms of indoor agriculture but a core focus for good reason was on the exponentially growing cannabis sector and the implications of increased energy demands and use. Growing indoors introduces the ability to a material extent, to have power over nature, and allows for cultivation anywhere, anytime. It allows for the control of climate, lighting and other variables. Control of such factors can provide consistent crop quality, high crop densities, increased yield and rate of growth, a fractionally smaller footprint (one square foot vertical can represent up to four square feet horizontal), easier management of pests and more efficient use of water, all of which can reduce waste. In effect, outputs are maximized, with inputs minimized.

The players in this relatively new area include the three-legged stool of grower, consumer and government. Indoor agriculture is dependent upon creative and efficient horticulture approaches and the evolution and role of greenhouses and environmental control strategies. Technological developments have ranged from vertical stacking in warehouses to green roofs and walls in urban communities.

We have come a long way from the days of hunter-gathers in prehistoric times collecting wild fruits and nuts in autumn and root and leafy vegetables in the spring. Approximately 10,000 years ago, agriculture was introduced and enabled for the first time a method and ability to select and expand food choices. Primitive methods of protecting crops began in the early twentieth century with small boxes having a glass top placed over crops, which evolved into the ‘smart’ greenhouses of today.

Scientists then started experimenting with variables that could be controlled such as temperature, soil replacement and carbon dioxide introduction. Advances in plant science led to realizations that control of the environment was more sustainable and realistic than controlling the plants themselves in a natural environment. It is believed that the beginning of modern indoor farming occurred in Syracuse, New York on a General Electric hydroponic farm funded by the US Department of Defense.

It should not be surprising that the challenges of moving nature inside are multiple and complex. One of those greatest challenges is environmental: light, water, atmosphere, temperature, substrate, space, power and sensors. Equally important is the production-related challenges involving: labor, pruning, harvesting, trimming, drying, grinding and extraction.

The greatest governmental hurdle is creating legal codes involving multiple stakeholder input that represents minimum efficiency requirements for plants instead of people. The US Department of Energy estimates that between 2010-2040 there will be an estimated $126 billion in in savings achieved as a result of these types of building codes. In practical terms this represents the energy equivalent of 245 coal-fired energy plants. Federal illegalization of cannabis has made the issue of sustainable agriculture with respect to cannabis increasingly challenging, as states and localities are put in the position of sole environmental oversight instead of having the federal government playing a patriarchal role of oversight as would occur in normalized circumstances relating to other plants. Core issues swirl around sustainability, climate change and utility programs.

The conference connected policy makers, utility program managers, equipment manufacturers and suppliers, researchers, manufacturers, cultivators and investors for the purpose of taking part in the shaping of energy policies and utility programs. IAES’s objective was to elevate innovative solutions related to energy access, efficiency and sustainability and to help shape the future of indoor agriculture. “We have the opportunity to take the lessons learned from initial government, utility and non-profit responses addressing the energy and carbon impacts of regulated cannabis and apply them to the broader world of controlled environment agriculture,” said Derek Smith, Executive Director of RII. “These lessons will inform controlled environment agriculture broadly. Its time, Mr. Smith profoundly stated, for a “Leeds for Weeds”. Senator Jeffrey Markley of Oregon commended those playing a role in building a sustainable future for American agriculture in an opening statement: “Not only does the climate crisis pose tremendous risks to the health, safety and security of our nation and global community, it also jeopardizes access to critical resources, like water that are vital to the agriculture industry. Agriculture is the lifeblood of countless rural economies and a reason I work to put innovative, sustainable technologies within reach. I am committed to fighting for the de-scheduling of cannabis to support communities and appreciate all the efforts being made on issues of agricultural sustainability”.

A Plethora Of Energy Thought Leadership

An Example Where Great Minds Lead To Great Solutions

A fascinating Colorado Project recently demonstrated how creativity can create a dramatic paradigm shift. In this particular example, worthless waste (actually, costly waste due to expense required for disposal) was converted into a valued commodity. A team of scientists from Earthly Labs collaborated with The Clinic cannabis company, Kaitlin Urso, and The Denver Beer Company (DBC and Colorado’s 7th largest brewery) supported (academically and not financially) by the State of Colorado.  The combined team was able to capture and compress excess carbon dioxide created from the brewery’s beer fermentation process. After doing so, it was transported and successfully released into The Clinic’s cannabis cultivation areas as a valuable input for photosynthesis.  The transferred carbon dioxide was cleaner than carbon dioxide previously purchased from outside manufacturing sources. DBC has delivered an amazing five hundred pounds per week of excess carbon dioxide which otherwise would have been vented into the atmosphere. The carbon dioxide was used by The Clinic in both vegetation and flower rooms housing a combined 2,500 plants.  Commenting upon the success and ingenuity of this thoughtful project, Colorado’s Governor Jared Polis stated, “the project has great potential to scale; with a thriving craft beer and cannabis industry in Colorado, this could be an economic win and serve to help climate issues.”

In the world of controlled agriculture, “in” and “up” are the new buzzwords. While an ongoing work in process with multiple stakeholders contributing time, resources and talent, it is refreshing to see the desire and commitment of industry professionals engaged to create innovative environmentally sustainable solutions. Who could have imagined that beer and cannabis could be one of the ways to save our planet?