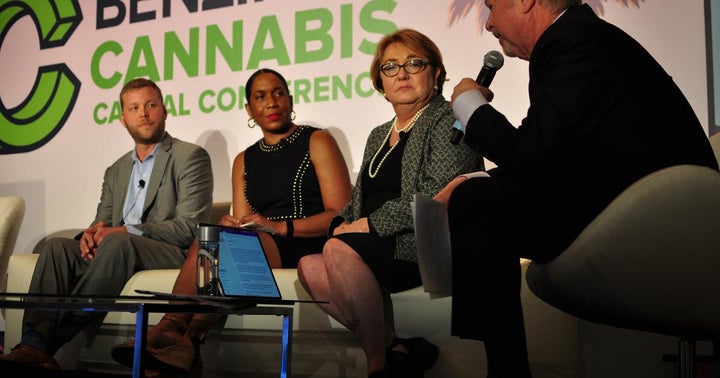 Holly Bell is a weed pioneer of sorts.

She's the state's cannabis director in Florida, where medical marijuana was approved by voters in 2016.

"I'm the first director of cannabis in the state of Florida," she said.

Bell — along with government officials like Illinois Lt. Gov. Juliana Stratton, who spoke alongside her Monday at the Benzinga Cannabis Capital Conference in Miami Beach — is part of an ongoing effort to enact new cannabis standards across the country.

“It’s about restorative justice [and] repairing harm done to communities devastated by the failed war on drugs,” Stratton said at the conference.

The two have worked within their respective state government bodies to pass rules they said increase social equity and improve local economies.

Stratton: Social Equity In Cannabis Must Be Intentional

Illinois, where recreational marijuana sales began at the turn of the year, has passed a serious of regulatory measures to do the following, Stratton said:

Adam Orens, the founder of MPG Consulting, said the approach taken by Florida and Illinois is key to improving the bottom line for all cannabis industry participants.

“Social equity is how this package has to be sold. It’s not [just] about transitioning from the black market to a regulated market,” he said. “Once it’s as easy as buying water, you’ll have successful markets.”

Access, price and safety are important factors that are yet to be addressed in many states and at the federal level, he said.