Vaping-Related Lung Disease And Vitamin E Acetate: What You Should Know 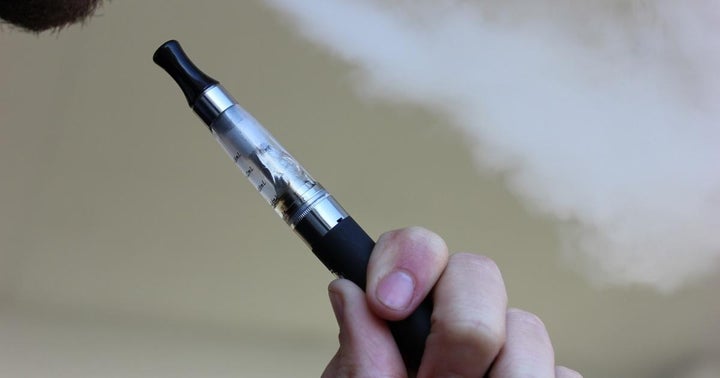 Federal officials say vitamin E acetate oil, an additive sometimes found in some liquids used in vaping devices, especially those with THC, may be to blame for the national outbreak of lung injuries that is blamed for the death of 39 people.

Vitamin E acetate, a derivative of vitamin E, is used as a dietary supplement and in skin ointments. It usually doesn't cause harm when ingested, or applied to the skin, the agency said. But when inhaled, it may interfere with normal lung function.

Federal health officials said vitamin E acetate is a common factor in lung fluid samples from more than 25 patients who have suffered lung injuries after vaping. The samples came from patients in 10 states.

But, "while it appears that vitamin E acetate is associated with EVALI (e-cigarette or vaping associated lung injury), evidence is not yet sufficient to rule out contribution of other chemicals of concern," the Centers for Disease Control said in a statement on its website.

Still, the finding is promising, described as a "breakthrough" by a top CDC official.

"This is the first time that we have detected a potential chemical of concern in biologic samples from patients with these lung injuries," the CDC said.

"These findings provide direct evidence of vitamin E acetate at the primary site of injury within the lungs."

The CDC knows of more than 2,000 cases of vaping-associated illnesses, and they have been reported in every state except for Alaska.

So far, 39 deaths are confirmed to have been caused by the injuries.

While it may be the case that vitamin E acetate is to blame, it may also be that there is more than one cause of the outbreak, the CDC said.

"Many different substances and product sources are still under investigation," according to the agency.

The CDC is continuing to recommend that people not use vaping products containing THC, the chemical compound in cannabis that produces a high.

The CDC also recommends that people shouldn't buy any vaping products "off the street." It also said people shouldn't modify or add anything to vape pods, even additives purchased from vape stores.

Juul Labs, the largest e-cigarette company in the United States, had already been under scrutiny before the vaping-related disease outbreak. Juulhas said its pods don't contain vitamin E acetate or THC.

The company recently agreed to stop sales of mint-flavored pods because regulators say they are liked by kids.

Tobacco company Altria Group Inc (NYSE:MO), which took a 35% stake in Juul last year, recently announced a $4.5-billion impairment charge related to its investment in Juul on fears of a shrinking vaping market.

What Investors Should Know About Vaping Hardware

Will The Federal Ban On Flavored E-Cigarette Pods Serve Its Purpose?