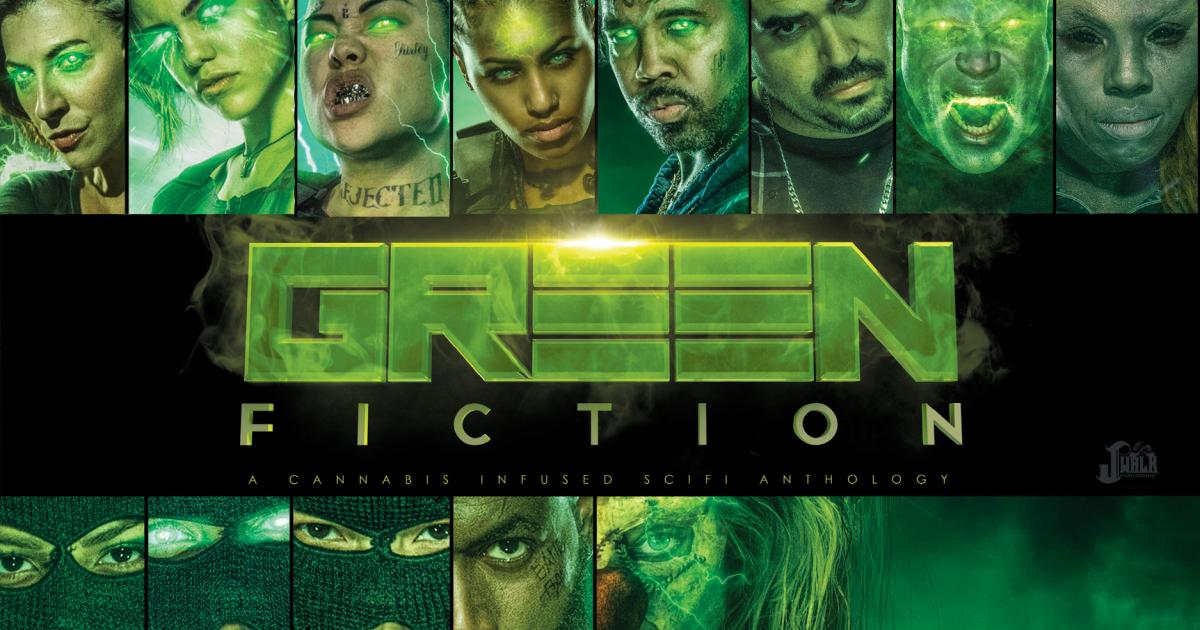 I first learned about Green Fiction through a LinkedIn message from its creator, Tj Walker.

“Green Fiction is an immersive anthology that consists of a live action web series, an interactive comic book and a soundtrack,” he told me. “Green Fiction is based on high concept SciFi stories about cannabis strains that give you superpowers or gives you the ability to open wormholes to other dimensions, the story ideas are endless, each episode is a standalone SciFi story.”

He explained the goal is to offer customers a full set of high quality digital media with the purchase of legal cannabis. All they will have to do is scan a QR code on a package using their phones. After customers buy weed, they get a digital comic book, soundtrack, and a live action web series to enjoy while they're high. Each of these will be accessible through a free smartphone app.

More On The Series

Each episode of the Green Fiction live action web series and interactive comic book will be named after its featured cannabis strain. For example, the pilot episode is titled “Supreme,” after the Supreme Kush strain. This is still a working title, though, Walker says.

Here’s a trailer for the pilot episode, starring Noel Gugliami.

Walkes is now looking to partner with cannabis brands to grow the cannabis strains for the first season.

Walker is also working on a movie development deal with Gunpowder and Sky for another his projects, "Phoenix Run." A short film for Phoenix Run is currently streaming on Amazon Prime, Roku and Dust with a combined 200,000 streams so far.

“Once I secure a partnership and funding for Green Fiction I plan to make a full feature Green Fiction movie that could possibly stream on Dust, Hulu, Netflix and Amazon Prime. The movie will act as a companion or launch for the Green Fiction episodic content that we will launch in dispensaries,” he said.

The "Green Fiction" soundtrack already has two songs featuring DJ Khaled and Glasses Malone. Once funding is secured, Walker plans to reach out to the rap industry's hottest artists and producers to contribute to the soundtrack.

And the song "Another Life," featuring Glasses Malone and Nate.