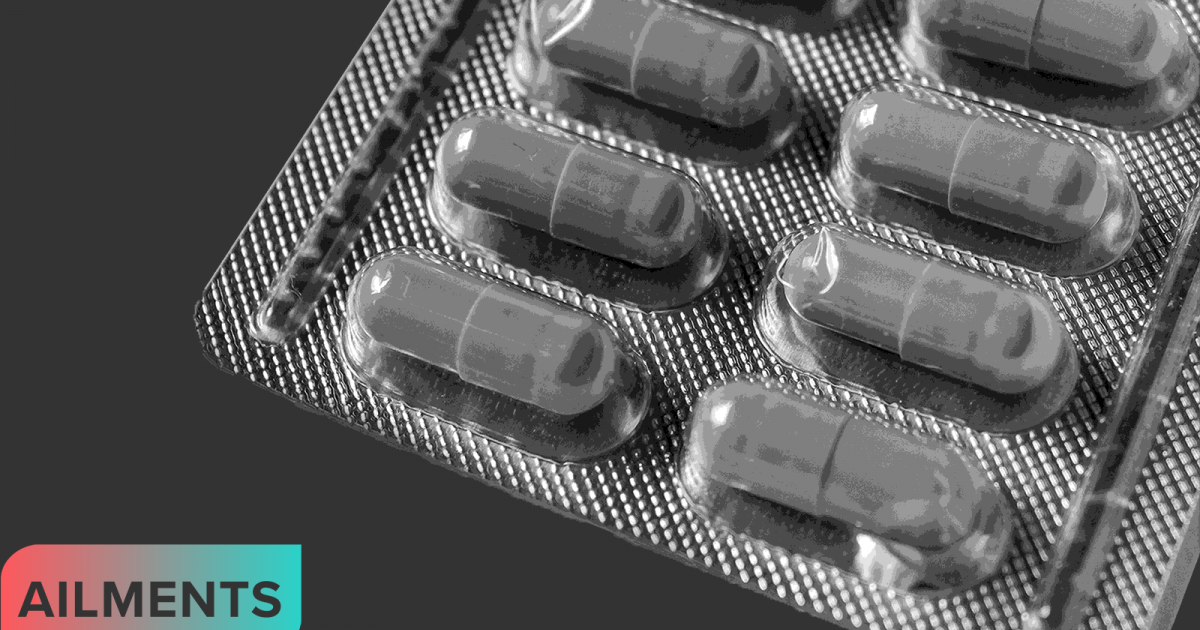 Human Immunodeficiency Virus (HIV) may no longer be a death sentence, but it is a life sentence for those who are coping with the chronic symptoms of the virus. Many people with HIV and Acquired Immunodeficiency Syndrome (AIDS) live to their full life expectancy but at the cost of their everyday well-being.

There are dozens of HIV/AIDS drugs on the market which reduce viral loads in the body and ease certain symptoms, but also cause unpleasant side effects such as headache and nausea. As a complementary medication, could cannabis improve the lives of HIV and AIDS patients?

Well-known as an appetite stimulant, cannabis has been used to manage the anorexia and wasting disease symptoms of HIV/AIDS, but the plant might be able to go even further beyond this basic treatment. In fact, some research has suggested that cannabis may help HIV/AIDS patients feel better, treat complications of the disease, and temper prescription drug side effects.

The onset of the AIDS epidemic was a driving force for the medical marijuana movement, and the devastating disease was the first to help demonstrate the medicinal benefits of the plant. Some of the earliest studies regarding the medical use of cannabis focused on treating HIV/AIDS patients. In a study conducted by Dr. Donald Abrams, an integrative oncologist at the University of San Francisco and one of the first researchers to study the interaction between marijuana and AIDS, researchers found that cannabis did not cause any harmful changes in virus levels in patients. The study, which concluded in 2000, also suggested that cannabis could reduce the progression of the disease against the immune system. Marijuana was used early on in the AIDS epidemic by patients for the plant's medicinal benefits. (Photo by Gina Coleman/Weedmaps News)

A 2017 Michigan State University study found that cannabis may slow the process of mental decline that occurs in half of HIV/AIDS patients. Specifically, the THC in cannabis reduced the levels of brain-cell inflammation in HIV/AIDS patients to such an extent that lead researcher Norbert Kaminski said, “those who used marijuana had levels pretty close to a healthy person not infected with HIV.” Kaminski and his co-author, Mike Rizzo, also expressed hope that cannabis could treat other diseases associated with inflammation of brain cells, such as Alzheimer's disease and Parkinson's disease.

Additional research suggests that THC's purported anti-inflammatory properties may be the secret weapon in treating other aspects of HIV/AIDS. THC may prevent HIV from progressing into AIDS, according to a 2017 study published in the Journal of Acquired Immunodeficiency Syndromes. Researchers found that THC can decrease the activity and numbers of plasmacytoid dendritic cells (pDC) which, at high levels, can lead to the progression of AIDS. A 2014 study conducted by Louisiana State University researchers found that THC also lowered the viral load in macaques infected with simian immunodeficiency virus (SIV), an AIDS-like disease suffered by various species of African non-human primates.

Nearly 40 years since the first AIDS diagnosis in the United States, the illness is still stigmatized. Perhaps this explains why a 41-year-old theater technician from Virginia chose to remain anonymous when sharing his compelling story with the authors of “Marijuana as Medicine? The Science Behind the Controversy” in 2000.

The unnamed HIV patient said: “Thirteen years ago I found out that I was HIV-positive. Since then I have taken AZT, ddI, d4T, Crixivan, Viracept, Viramune, Bactrim, Megace, and others. All these drugs have two things in common: they gave me hope and they also made me sick. Nausea, diarrhea, fatigue, vomiting, and loss of appetite became a way of life for me.

“After three years of these side effects ruling my life, a doctor suggested a simple and effective way to deal with many of them. This remedy kept me from slowly starving to death, as I had seen many of my friends do. It helped me rejoin the human race as a responsible, productive citizen. It also made me a criminal, something I have never been before. This remedy, of course, is medical marijuana.”

Since the turn of the 21st century, countless other HIV/AIDS patients have reaped the same advantages of medical marijuana.

Keith Vines is a retired Air Force captain living with HIV. He told the nonprofit organization Americans for Safe Access in 2013 that he credits medical marijuana with saving his life: “My marijuana use is quite modest. I find that I need to take a couple of puffs only two or three times a week, in the evenings, in order to eat. There are also periods of weeks at a time when the marijuana is unnecessary. I do not smoke before or during business hours. I have not become addicted to marijuana.”

Vines' experience falls in line with what some medical experts say about the benefits of treating HIV/AIDS with cannabis. Research has suggested that cannabis may help HIV/AIDS patients feel better. It also could temper complications of the disease and prescription drug side effects. (Photo by Gina Coleman/ Weedmaps News)

What the Experts Say

Fighting fatigue, curtailing weight loss, and diminishing pain are just a few of the positive outcomes that Dr. Kate Scannell, assistant clinical professor of medicine at the University of California, San Francisco, has observed in treating HIV/AIDS patients. Scannell lamented in Americans for Safe Access' 2013 informational publication “HIV/AIDS and Medical Cannabis” that the “the federal obsession with a political agenda that keeps marijuana out of the hands of sick and dying people is appalling and irrational.”

Dr. Neil Flynn, a Professor of Clinical Medicine at the University of California at Davis School of Medicine, views medical marijuana as a strong option not only for HIV/AIDS patients but for anyone who is terminally ill or suffering. Flynn said in “HIV/AIDS and Medical Cannabis” that “Marijuana, in short, can help sick and dying persons achieve autonomy over their lives by alleviating the intense suffering caused by their illnesses or the side effects of their medications.” Flynn, who established the UCD AIDS and Related Disorders Clinic, said, "There is no doubt in my mind that for some seriously ill patients, marijuana can help make the difference between life and death…."

Medical use of cannabis medicine presents a broad spectrum of treatment for various HIV/AIDS symptoms and may be beneficial as a complementary treatment for patients.

Cannabinoids Without Cannabis? Yes, And These Everyday Foods Have Them