Bulls And Bud Of The Week: Captiva Verde And The Sweet Science Of Cannabis 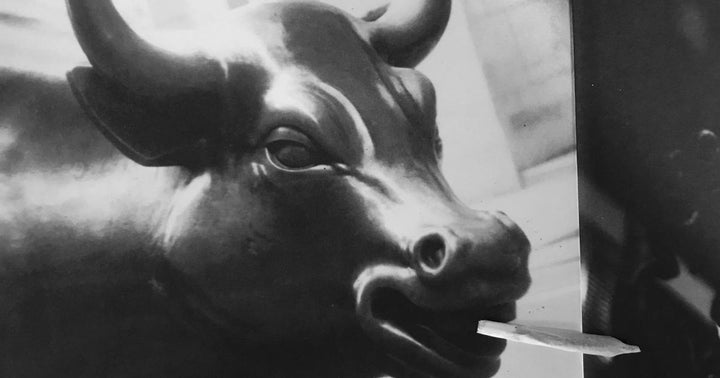 Welcome to the latest installment of "Bulls and Bud," a column where we take a look at some of the most promising stocks and brands in the legal cannabis industry.

Captiva has actually been a bit of a stealth pot stock play, as it’s received very little media attention, but has a nice little operation underway. Particularly in regards to its moves in Mexico, where the government is in the process of legalizing this wonderful plant.

Back in October, the company announced it reached a deal with S&G Procesos Industriales of Mexico for the infusion of legal cannabis products into well established Mexican alcohol products. It’s also working to acquire from Mexican landowners, land and licenses for the cultivation, processing and distribution of legal cannabis and legal hemp products in Mexico.

It should also be noted Captiva is actively working to get its CBD products into big box retailers in the U.S. and has diversified its operations through a 50 percent interest in an approved $350 million residential subdivision in Southern California.

That project, which is joint venture with Greenbriar Capital Corp. (OTC:GEBRF) is also quite impressive as management recently announced it’s in advanced discussions with the USAF to lease the units to members and families of its civilians, military, and contractor workforce at Edwards Air Force Base. If fully leased to the USAF, this would generate between $850,000 to $1.7 million per month in discretionary post-tax cash flow for the venture.

While Captiva offers an opportunity to play the North American cannabis market, the company also offers a nice bit of shareholder security with this subdivision project, known as Sage Ranch.

Although Captiva has mostly been flying under the radar, the stock has actually been performing quite well since debuting on the CSE last year: 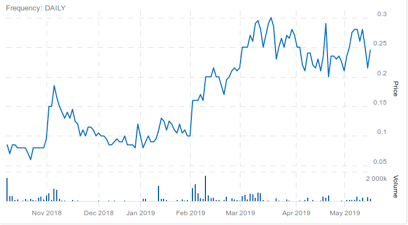 It will be interesting to see how the stock performs throughout the year, as the company continues to move forward in the North American market.

The Sweet Science Of Cannabis

Science is beautiful. It's the keystone of progress, and without it, we are little more than a wandering collection of carbon, oxygen, hydrogen, nitrogen, calcium, and phosphorous.

And while I don’t claim to be the brightest start in the sky, I’m always fascinated by the science behind all the things I love.

I’m fascinated by soil microbe diversity that provides nutrient-dense sustenance which keeps us healthy and happy. The carbon dating of thousand-year-old fossils fills me with excitable curiosity. And as a long-time enthusiast of the cannabis sativa plant, the science of cannabis is something that I’ve come to really appreciate.

While I enjoy both the medicinal and recreational benefits of cannabis, I also enjoy learning about how it works. And the person primarily responsible for providing this knowledge is Dr. Raphael Mechoulam, who is also known as the "Father of Cannabis Research."

Mechoulam has been studying cannabis for more than 50 years, and is essentially responsible for unlocking the chemistry of cannabis. All of the research done on cannabis today rests upon the early research conducted by Mechoulam and his team.

Make no mistake: It's because of Dr. Mechoulam’s work we have the ability to back our calls for legalization with real science. And for this, I am eternally grateful.

Now back in 2015, a documentary about Dr. Mechoulam was released called “The Scientist: the story of Raphael Mechoulam and the endocannabinoid system.” As we get closer and closer to the legalization of cannabis, it’s important for us to not lose sight of the basic foundations of cannabis research that are helping make this possible.

Although the documentary is nearly four years old, it remains relevant, particularly for those who support the legalization of cannabis, as well as those who seek to profit from it. Without the work of Dr. Mechoulam, it’s possible we would still be sleepwalking through the abyss of cannabis propaganda and misinformation.

You can actually watch the entire documentary for free. I would encourage you to take an hour out of your day to watch it.

You can also check out Dr. Mechoulam on the free Cannaramic Online Summit, which begins May 20.

Jeff Siegel is the co-founder and managing editor of Green Chip Stocks, a private investment community focused on socially-responsible investing. He is an expert in renewable energy and cannabis investing, has been a featured guest on Fox, CNBC and Bloomberg Asia, and is the author of the best-selling book, "Investing in Renewable Energy: Making Money on Green Chip Stocks." 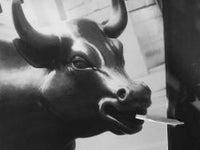 Bulls And Bud Of The Week: How To Get A Piece Of The Mexico Cannabis Market And Fast-Acting Edibles With Sunderstorm 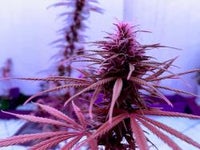