Cannabis Use In Pro Wrestling: A Modern Solution To An Age-Old Problem 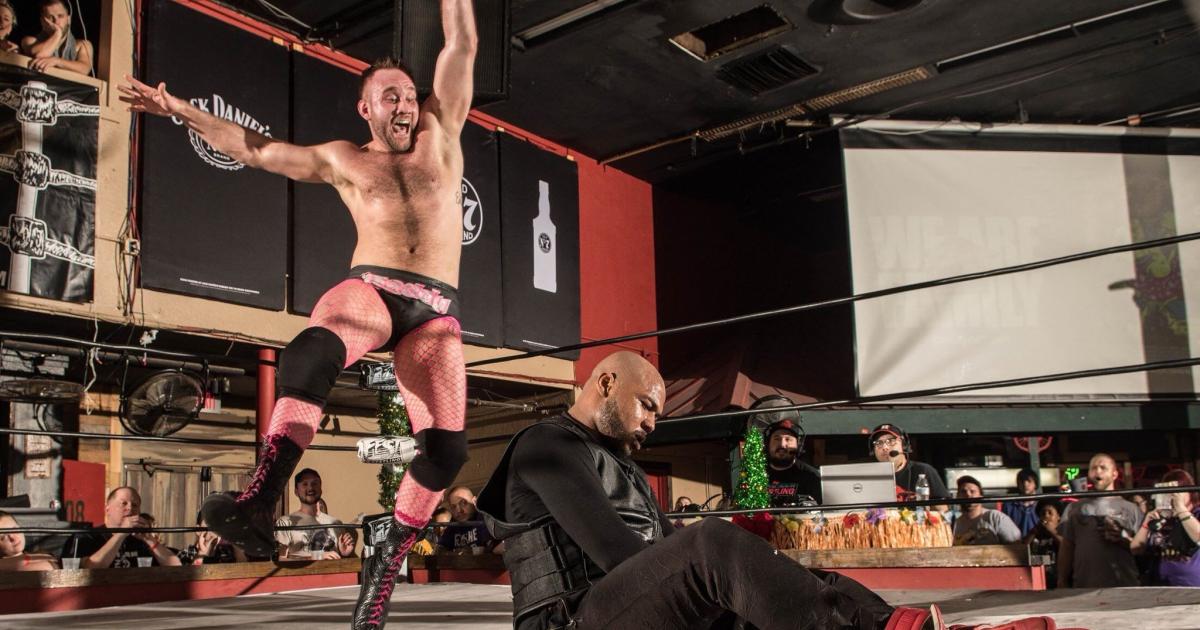 The professional wrestling business is demanding on the bodies and minds of its talent. In past generations, alcohol and pills were commonly used to get through the pain.

That approach led to rampant addiction and saw scores of talent passing away, often well under the age of 65. Fans from the late 1970s, 1980s and 1990s may especially recall the deaths of fan favorites, often with drugs, alcohol and suicide involved.

Serious, nagging injuries remain common in an industry where performers wrestle numerous times a week, exposing their bodies to significant pain, even when moves are performed as planned.

Today’s era of wrestling talent has appeared to embrace cannabis over the past generation’s more addictive options.

See Also: A Peek Behind The Curtain: The Business Of Indie Wrestling During WrestleMania Weekend

A Modern Solution To An Age-Old Problem

The world of professional wrestling has had its vocal cannabis consumers, most notably veteran Rob Van Dam and former UFC fighter Matt Riddle. Now signed with the family-friendly World Wrestling Entertainment, Inc. (NYSE:WWE), it's expected Riddle will speak less on the subject.

WWE represents the most notable name in the industry. Outside of WWE, cannabis use experienced a slight level of growth in discussion over the years.

"Effy" is a well-known wrestler on the independent circuit who has fought for various promotions. “The Weapon of Sass Destruction” explained how cannabis is part of a larger culture shift in the sport, which now often tries to avoid addictive opioid drugs.

“What you see now is none of the real drug problems that people are probably expecting in a locker room. A lot more guys are using cannabis to sort of [maintain] themselves in a safer way than what we’ve been used to in wrestling," he told Benzinga in a recent interview.

“It seems like in a more health-conscious wrestling locker room that there’s not really an issue with guys who want to smoke and take care of their bodies that way for pain management, soreness, whatever issues they have."

At shows, Effy noted there's often a group or male and female performers consuming after matches. Their reasons for using tend to vary. He spoke about why many opt for cannabis after a grueling stretch of matches.

“You wrestle three matches in a weekend [and] there’s a soreness in your toes that you cannot even believe.” He mentioned how he prefers performers abstain before shows unless they have a medical need.

Tony Weinbender is a punk music promotion veteran and is the Founder of the Gainesville, Florida-based promotion FEST Wrestling. He explained how his promotion embraces the punk community ethos of a communal family-oriented spirit.

The punk and professional wrestling industries often have limited funds. As such, FEST is like most independent promotions and doesn't drug test.

"We don't have the money to drug test, nor do I really care if people smoke pot,” Weinbender said. He also mentioned promotions taking a more proactive stance to performers using other substances.

See Also: Bubba Watson Believes CBD For Golfers Is A 'No Brainer'

In larger organizations, it's understood that performers who test positive for cannabis aren't suspended but pay a $2,500 fine. Effy noted this is considered the "Weed Tax" in the industry. The WWE didn't provide a comment to Benzinga's request to discuss the subject.

For wrestlers who plan to consume, Effy explained how it's often factored into their budgets.

“A lot of guys kind of build it into their finances and say, ‘Okay, you know what, I’m going to set aside this money. If I get caught, I’ve got it here, and I’m going to keep smoking my weed because it’s the only thing that’s keeping me sane on this schedule with this many bumps, with my body going through this.’“

In an April 25 first-quarter press release, WWE cited talent injuries as a key factor in its decline in ratings.

"During the fourth quarter 2018 earnings call, WWE management discussed the absence of several talent and their belief that these absences had a negative impact on the Company’s engagement metrics. Management believes that these absences continued to impact engagement in the first quarter 2019 as domestic TV ratings for Raw and SmackDown declined approximately 14% and 13%, respectively, and average attendance at the Company’s live events in North America declined 11%. WWE Network average paid subscribers increased 2% and digital video consumption increased 23%.”

It's unknown what, if any factor cannabis products have in WWE performers maintaining their health. For Effy, who owns a transportation business in Florida, he understands cannabis reluctance and has to do the same for his drivers. He mentioned drug testing out of an obligation to maintain legal and insurance standards. The owner also empathized with staff who consume off work hours.