All eyes are on Canada as the country takes its first few steps into a fully legal cannabis landscape. As such, Canada is taking a measured pace in its rollout of legal adult use cannabis. The country is currently limiting its product offerings and will not permit edibles. "We anticipate Canada will add new products in mid-2019. Edibles and other derivatives will appear at the top of the list", stated Beau Whitney, Sr. Economist at New Frontier Data.

Canada is setting a model for the industry with its dual-pronged approach to the cannabis market: first, to address its national population of 36 million citizens, and second, to set up an infrastructure to participate in the global cannabis market. This involves exports to countries (such as Germany, Italy and the UK) who are struggling to satisfy the demands of their rapidly increasing medical cannabis market. The other prong of their global expansion is Canada's establishment of major cultivation facilities and/or acquisition of distribution companies or import license holders in Europe and Latin America. As more countries enter the export market, the ones with local production facilities and access to cheaper raw materials will have the advantage over countries whose products come with large import costs.

Mr. Whitney stated, "They are showing us this is a global industry that will play into the global economy. And now, with Tilray (NASDAQ:TLRY)] and Canopy (NYSE:CGC)] recently announcing they are exporting [cannabis] products into the U.S. for medical scientific research, this is a watershed moment."

However, the steps in Canada's legalization will not necessarily be mirrored by other countries when those transitions begin to happen. Industry analysts, for example, warn investors of an ominous and inevitable stock bubble. However, this would not necessarily apply to U.S. legal companies trading on any of the global exchanges, because the speculative period in the U.S. cannabis investment industry has already passed. The "green rush" is said to have been two to three years ago. New investments pouring into the market are smarter, more informed and have some historical data to rely on, thanks to companies like New Frontier Data.

The Canadian deployment will be a bellwether for the rest of the global market, but it will not make or break the industry. If implementation passes without incident, we can expect continued acceleration of the global cannabis industry. Any obstacles to come may create a pause in the market, but cannabis legislative reform will continue across nations.

Giadha Aguirre de Carcer, Founder & CEO of New Frontier Data, states, "The U.S. is well positioned to capitalize on the current evolution and opportunities in the global cannabis market. The export trade market is a critical market on which every legalizing country wants to capitalize, while the U.S. is still navigating the politics of interstate commerce. Eventually, there will be a [global cannabis trade] table, and hopefully, by then, the U.S. will have a seat." 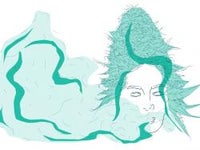