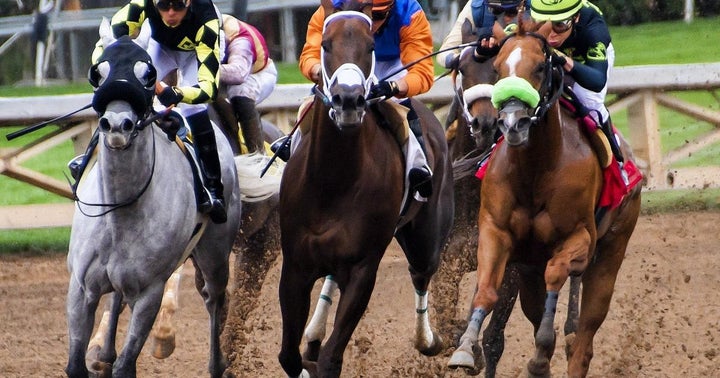 Just as horse racing was making a comeback in the public eye, with two Triple Crown winners in four years (American Pharoah in 2016 and Justify in 2018), two of the last three winners of the actual Kentucky Derby race have been disqualified.

In 2019, Maximum Security was disqualified for interference in the home stretch. This year's Derby winner is even more tainted, as Medina Spirit has been disqualified for racing on a banned substance. Throw in the disjointed running of the Triple Crown races in 2020 because of the pandemic, and it has been a dismal stretch for the sport.

Race Must Go On: Needless to say, die-hard fans will be surveying the field in pursuit of a desirable payout, which may be elusive. From a wagering standpoint, it's hard to imagine huge payouts unless there's a surprise longshot winner. Moreover, it's hard to ignore the favorite, Essentially Quality.

Essential Quality, the two-year-old champion, got roughed up early on in the Kentucky Derby yet regained his composure to close strongly and finish in fourth place. He should be well-rested after not racing in the Preakness. Finally, he has winning in his blood, as his sire, Tapit, has produced three Belmont winners.

At this time, almost half of the field may go off at odds of around 5-1, which may yield a decent payout on a perfecta (first and second), if paired correctly. While he may indeed win the race, my preference would be for him to finish second to either of my other two choices.

Going Back To The Well: To put it bluntly, my Derby pick was horrible. The race was over for my choice, Rock Your World, seconds after it started. After being the last horse out of the gate from an outside post, he proceeded to bump into two other horses and nearly jolted his jockey from the saddle.

The colt stammered around the track and finished 17th. After skipping the Preakness, he should be well-rested for the grueling 1½ mile race. If he can get a clean break out of the gate and start off in contention, perhaps he can repeat his impressive victory in the Santa Anita Derby.

Jockey Knows More Than Me: My other contender is Hot Rod Charlie, the winner of the Louisiana Derby, with Flavien Plat in the saddle. He finished third in the Kentucky Derby. After the colt opted out of the Preakness, Plat guided Rombauer to an upset victory in that race. In my opinion, since Prat has decided to ride Hot Rod Charlie in the Belmont, his instincts are telling him he has a better chance to win the Belmont with Hot Rod Charlie.

Risk-Reward: Whether investing in meme stocks or wagering on the ponies, risk-reward should be taken into consideration. For this handicapper, the race doesn't provide an attractive set-up. On the bright side, thousands of fans will be in attendance, cheering on their choices, as opposed to having vacant stands in 2020.

How Many Medals Could USA Olympics Team Win At The 2020 Tokyo Olympics?

The United States has had a good run of being the top medal winner at the Olympic Games dating back to the 1996 Summer Olympics. How many total medals and in particular gold medals could the 2020 Olympics team win for the U.S. read more

Here's How Much A $1,000 Preseason Bet On The Milwaukee Bucks To Win The NBA Championship Would've Netted You

For the first time in 50 years, the Milwaukee Bucks are NBA Champions. read more

Here's How Much A $1,000 Bet On Pete Alonso To Win The Home Run Derby Would've Netted You

Pete Alonso entered the 2021 Home Run Derby with one goal in mind: to defend his 2019 title after losing out on the opportunity in 2020 when All-Star festivities were canceled. read more

How Bitcoin, Ethereum, Dogecoin Holders Are Saving On Federal Taxes Using A Loophole