Apple Vs. Tesla: Morgan Stanley Breaks Down The Parallels 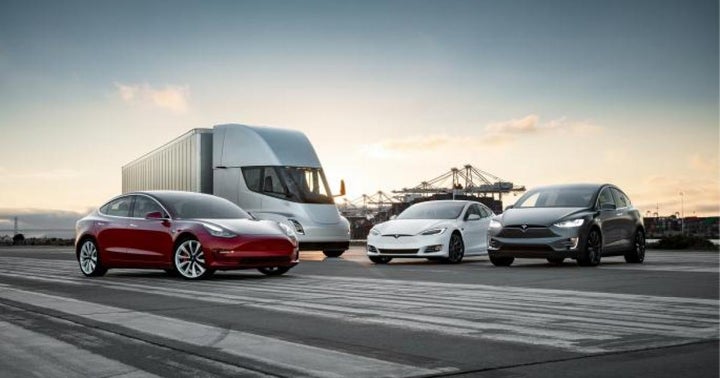 Whether Tesla Inc (NASDAQ:TSLA) should be valued as a car company or tech company is still up for debate in the investment community. But recent trends have sent Morgan Stanley’s Adam Jonas seeking advice from his Apple Inc. (NASDAQ:AAPL) colleagues.

“As we close in on our 10th year of covering Tesla, we find fewer of our traditional automotive/consumer/industrials clients are looking at the name,” Jonas wrote in a note.

But its tech investors are all over it.

“They view Tesla in a way they viewed Apple 20 years ago — a company that thinks differently, that is incredibly innovative in a category that needs a spurt of innovation,” Katy Huberty told Jonas.

As she describes it, tech investors care less about current valuation than about fundamentals and scale and profitability prospects. For indications of future performance, they look partly to leadership.

“There are parallels to draw between AAPL under Steve Jobs and Tesla under Elon Musk,” Huberty said. “The question for Tesla from here is whether it also needs an operational leader, as Tim Cook is to Apple, in order to become a trillion dollar company.”

While the company may boast some advantages under a founder, it also faces challenges.

“Importantly, there can be some very good years of innovation and hypergrowth… but then there’s a list of things that can become distraction and it's just as important to surround a founder with strong business leaders and provide visibility into a longer term succession plan,” Huberty said.

In the long run, she expects Apple to rise as a Tesla competitor rather than a partner. And with expected R&D spend of $19 billion in 2020, the consumer-device company is poised for disruption.

“I see the end game as a vertically integrated solution and don’t expect Apple to partner with a company that sells a competing product,” Huberty said.

Gene Munster On Apple's Future, Tesla's Valuation And The 2020 Election

Tesla Inc’s (NASDAQ: TSLA) impressive third-quarter earnings and revenue beat despite the impact of chip shortage indicates a robust electric vehicle trajectory for the Elon Musk-led company in the current quarter and beyond, according to analysts from Loup Ventures a read more