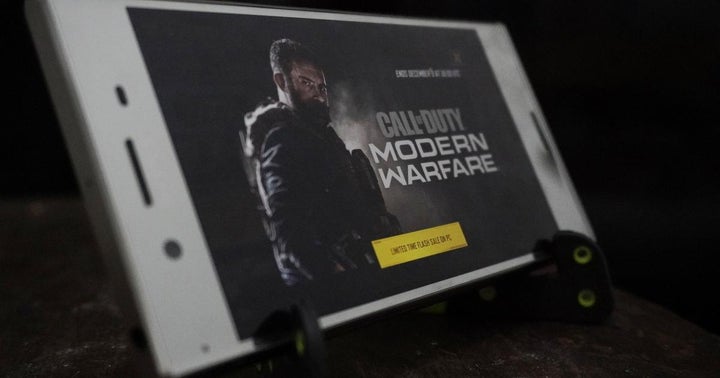 The company's financial boost stems from the releases of AAA titles like "Call of Duty: Modern Warfare" and its free attachment "Call of Duty: Warzone," which has reached over 60 million players since its launch March 10.

"Modern Warfare" has sold more units and has more active players than any prior "Call of Duty" title. In addition, "Call of Duty Mobile" has consistently released content since its October launch. Stay-at-home orders due to the coronavirus have also helped lift sales, and while the pandemic has affected the "Call of Duty" League, all events have successfully been shifted to online play and production at YouTube.

The video game publisher posted adjusted sales of $1.522 billion and earnings of 58 cents per share, beating the 38-cent-per-share Street estimate.

"I've conducted over 100 earnings calls and none was under a backdrop of so much uncertainty for the future," said Activision CEO Bobby Kotick.

"Our mission to connect and engage the world through epic entertainment has never been more meaningful than it is today. At a time when so many forms of social interactions and entertainment experiences have been shut down, we're providing entertainment with positive impact for hundreds of millions of people through our games."

UBS said the company posted a "strong across the board beat driven by ["Call of Duty"] outperformance and continued ["World of Warcraft"] momentum."

The Risks For Activision

While positive predictions are consistent across the board, a few factors could weigh down Activision's financial advancement. While the coronavirus has helped boost video game sales and user activity, it could potentially harm the industry in the future.

UBS noted that Activision's "advertising decelerated at the end of March due to COVID-19."

Analysts at BofA Securities said Activision's portfolio is strong enough to help continue growth. They believe "growth drivers are new IP and margin improvement from digital revenues. Given opportunities for new franchises and exposure to PC and mobile, we believe ATVI should trade at the upper end of its historical range of 11x-27x forward P/E multiple."