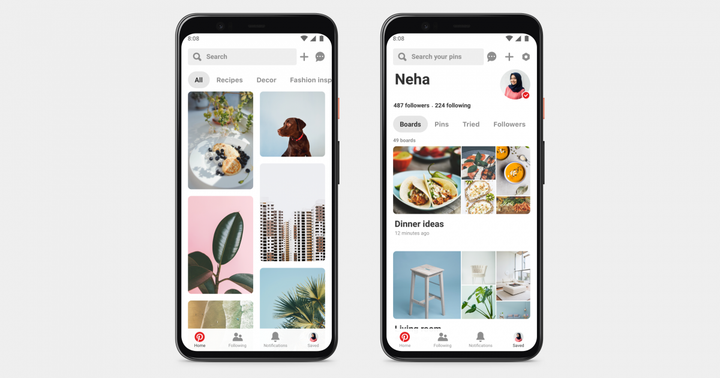 Pinterest Inc (NYSE:PINS) shares were tumbling more than 12% on Wednesday after the company reported slowing user growth in the first quarter.

On Tuesday afternoon, Pinterest reported an adjusted earnings per share loss of 10 cents on revenue of $272 million. Losses were slightly heavier than the 9-cent-per-share loss analysts were expecting, but revenue exceeded consensus analyst estimates of $270.1 million. Revenue was up about 35% from a year ago.

Pinterest also reported 367 million monthly active users, up 26% from last year. However, U.S. user growth was just 6%, down from the 8% growth rate Pinterest reported in the fourth quarter.

Several analysts have weighed in on Pinterest’s quarterly report.

“With the narrative in clearer focus, we now expect that PINS will continue to struggle amid anemic brand advertising budgets and a weaker than typical slate of ‘seasonal moments’—holidays, gatherings and personal milestones around which Pinners plan/purchase (and advertisers promote),” the analyst said.

“User trends were positive overall with heightened engagement to end the quarter, although the company noted engagement dropped in mid-March (not something we heard from FB, TWTR, SNAP) before recovering, and more recently the number of searches that are more future oriented began to recover as well (events, vacations, etc.), relative to the more practical searches for ideas as people shelter in place,” the analyst said.

Wedbush analyst Ygal Arounian said Pinterest is getting hit harder than expected by the pandemic, but the strength in shoppable ads is encouraging.

“While April was below expectations, it doesn't change our LT view that shoppability will drive strength over time as social commerce grows in importance, particularly as e-commerce trends will now likely accelerate,” the analyst said.

UBS analyst Eric Sheridan said management’s focus on the long-term, including investments in international monetization, is the right move.

“Looking beyond the pandemic, PINS mgmt. is making the right investments and pivoting the platform toward aligning consumer intent w/ ad budget as they move down funnel & build a stack better capable of scaled measurement/attribution.”

Pinterest Has The Opportunity To Create A 'Uniquely Strong Shopping Platform'

In Defense Of Pinterest? These Analysts Stay Positive After Earnings Drop