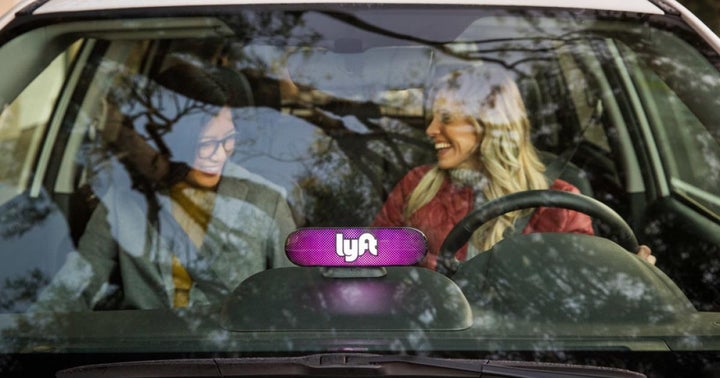 Lyft’s results in just its second earnings report since going public surprised the Street as the ride-share company beat estimates of active riders and revenue per active rider and appeared to be paving a faster road to profitability. Lyft’s $867 million revenue figure also easily topped analysts’ estimates and the company raised its full-year revenue guidance and lowered its earnings loss expectations even further.

Uber, which also went public earlier this year, is set to report second-quarter earnings Thursday after the market close.

Credit Suisse analyst Stephen Ju kept an Outperform rating on Lyft but edged the target price higher from $95 to $96.

UBS analyst Eric Sheridan reiterated a Buy rating on Lyft while raising the price target from $82 to $85.

DA Davidson’s Tom White affirmed a Buy rating on Lyft, raised the target price from $72 to $74 and raised his 2020 revenue estimate on the company by 4%.

Wedbush analyst Daniel Ives upgraded Lyft from Neutral to Outperform and raised the price target from $67 to $75.

Bank of America analyst Justin Post maintained a Buy rating on Uber with a $53 price target.

Ives said in upgrading Lyft’s stock that the most impressive thing about Lyft’s better rider numbers was that they came despite a cut back on promotions and discounts. Ives also said it looks like 2018 – rather than 2019 as previously expected – could now be the peak loss year for Lyft.

And that's a sign of a maturing market. Companies, it appears, are moving past the deep price slashing to bring in new customers, which is good for Uber as well as Lyft’s bottom line.

Sheridan said Lyft’s success adds to confidence in a “long-term thesis that shared transportation is a market with a long runway for secular growth (and) potentially more rational industry competitive dynamics as maturity approaches.”

Ju noted it’s still early in the industry’s trajectory, which is part of why he remains bullish on Lyft, citing a large and under-reached addressable market of $745 billion.

A couple of analysts did note one potential headwind: Lyft announced it's moving up its lockup expiration date.

Angelo Zino of CFRA Research said on CNBC’s "Squawk Box" said it would be a headwind on the stock, but downplayed its significance given the results.

“It’s something that investors need to monitor,” Zino said. “But the results that we got last night from Lyft is exactly what you wanted if you’re an investor.”

Evercore Along For Bullish Ride With Uber, Lyft

Lyft 'On The Precipice Of A Demand Snapback:' Why Wedbush Sees Further Upside In 2021

Ride-hailing platform Lyft Inc (NASDAQ: LYFT) is expected to deliver a demand bounceback in 2021 as the coronavirus vaccine rollout accelerates to the masses by this summer and more companies resume work from the office and traveling picks up significantly, according to Wedbush Securities. read more

'Profitability In Sight': Why These Analysts Are Bullish On Lyft

Lyft Inc (NASDAQ: LYFT) announced fourth-quarter earnings after close Tuesday and analysts shared their takeaways on the report and what could be next. The Lyft Analysts: DA Davidson analyst Tom White maintains a Buy rating and raises the price target on Lyft to $66. read more

Lyft Analysts On How Delivery Leverages Technology Platform, But Could Hurt Profit Push

Lyft analysts are sizing up the third-quarter earnings report from the ride-hailing company — and the announcement the company is exploring delivery options for retailers. read more