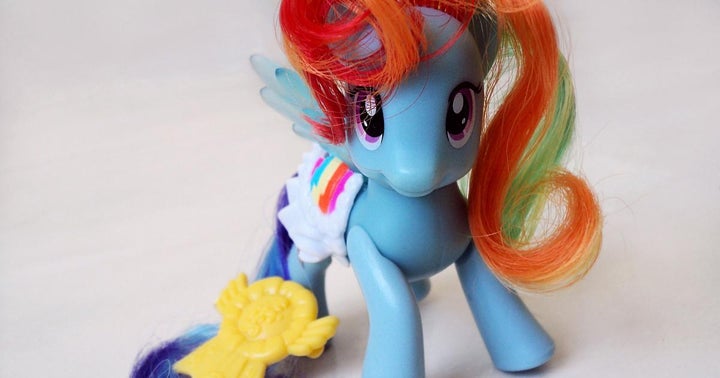 The impact of high tariffs on products coming from Mexico — a threat made last week by the Trump administration — and China, with which the administration is in a major trade dispute — could hit both companies’ margins.

Mattel is most at risk in Mexico and Hasbro has the most exposure in China, UBS Global Research analyst Arpine Kocharyan said in a Wednesday note.

If tariffs go from 5 percent to 25 percent later in the year, as Trump threatened last week on Twitter, Mattel has indicated an operating profit exposure of between $5 million and $15 million, or anywhere from a penny to 3 cents in EPS, Kocharyan said.

The annualized impact would be closer to 6 cents or 7 cents, with about $250 million to $350 million of exposure to Mexico-sourced U.S. sales for Mattel, the analyst said.

Hasbro, on the other hand, is mostly insulated from any Mexican tariff impact, according to UBS.

The amount of product sourced in the country is mostly just for local production, Kocharyan said — but the bad news is that Hasbro sources most of its toys from China.

As of right now, there's no direct impact from China tariffs, as toys are consumer goods and therefore have not been included on the list of tariff targets, the analyst said.

If the trade war continues to escalate, it could have a big effect, Kocharyan said. About 69 percent of Hasbro’s global product is manufactured in China, with most of that coming to the United States, he said.

The company has reduced its exposure, the analyst said: more than 85 percent of its product originated in China as recently as 2012.

“While toy makers can over time reengineer product to take some of the cost out to keep price [points] optimal for the consumer, it could be challenging to readjust manufacturing immediately (or shift production geographically), in case tariffs were to be implemented."

UBS has Neutral ratings on both stocks.

Kocharyan reminded investors that S&P MidCap400 constituent Bemis Company, Inc. (NYSE:BMS) will replace Mattel in the S&P 500, and Mattel will replace Bemis in S&P MidCap 400 prior to the market open June 7.

Hasbro shares were trading flat at the $103 level at the time of publication Wednesday, while Mattel shares were up 1.81 percent at $10.98.

Toy Companies Hasbro, Mattel, Not Back to Normal Yet

Following Q2 results, BMO Says 2016 Not Shaping Up To Be A Great Year For Bemis

Goldman Considers Pushback To May 12 Comments On Packaging Sector

Citi On Bemis: 'A Lot To Like, But A Lot Is Priced In'