KB reported first-quarter earnings of 31 cents per share Tuesday, beating estimates by a nickel — but missed on revenue by nearly $20 million. While orders for new homes were slightly below a year ago, they were still better than expected, and the company said it plans about three dozen new communities in the second quarter.

KB officials said they’re feeling buoyed by what the company sees as improving market conditions, which they said should generate stronger revenue in the second half of 2019.

KB stock rose in after-hours trading Tuesday after that optimistic report, which was a bit of a counter to weak federal home start data released earlier in the day.

The government report Tuesday said groundbreakings for single-family homes in the U.S. were at their lowest in 18 months in February.

Buckingham Research Group analyst Megan McGrath maintained a Neutral stance on KBH and raised the price target from $24 to $27.

Buckingham's McGrath noted the company’s revenue miss, but said things are looking up.

“We are encouraged by the improvement in order trends and margins and we believe these factors will be enough to continue upward momentum in the stock,” McGrath said in a Wednesday note.

Investors also should be heartened by KBH’s bullish outlook on the overall construction market, and said low interest is what’s keeping housing viable, the analyst said.

“KBH attributes the majority of the improvement to the recent pullback in mortgage rates."

KB Home’s stock price continued to rise Wednesday. The stock was trading higher by 0.71 percent at $24.25 at the time of publication. 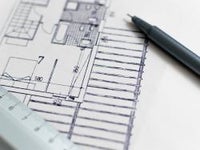 Should Investors Build A Position In KB Home? Analysts Debate Its Foundation After Q3 Report 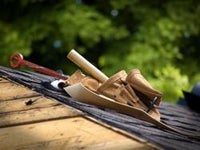