Shares of Straight Path Communications Inc (NYSE:STRP) were seen skyrocketing more than 150 percent Monday morning after AT&T Inc. (NYSE:T) announced a $1.6 billion all-stock buyout of the communications company. The buyout price of $95.63 is an incredible premium to where Straight Path was trading just three years ago. Straight Path spent most of late 2014 and early 2015 trading in a price range between $5.00 and $8.00/share.

Straight Path is one of the largest holders of 28 GHz and 39 GHz millimeter wave spectrum in the country, which made it an appealing buyout target for AT&T.

In a statement, AT&T said the deal “will support AT&T’s leadership in 5G, which will accelerate the delivery of new experiences for customers and businesses like virtual and augmented reality, telemedicine, autonomous cars, smart cities and more.”

Straight Path has been the target of several short sellers in recent months, including Kerrisdale Capital and The StreetSweeper. According to shortsqueeze.com, the stock had an extremely high short percent of float of 49.3 percent prior to the deal.

In January, Kerrisdale estimated that Straight Path stock had as much as 70 percent downside ahead after the stock gained 24 percent following a $15 settlement with the U.S. Federal Communications Commission (FCC). Kerrisdale believed potential buyers such as AT&T and Verizon Communications Inc. (NYSE:VZ) would see little value in Straight Path’s spectrum due to the “abundance of competing spectrum” on the market.

On Monday, Kerrisdale Capital's Sahm Adrangi told Benzinga that the firm didn't see the AT&T deal as likely, and traders should not to read too much into the deal when it comes to other spectrum owners. Adrangi added that each spectrum play is a unique situation and said Kerrisdale still sees Globalstar, Inc. (NYSE:GSAT) as "a zero."

Straight Path shares are now up about 125 percent since Kerrisdale’s bearish note was released in January. 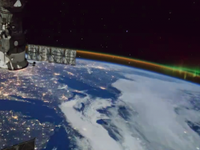 Why Morgan Stanley Is Downgrading Globalstar After Strong Rally

Globalstar, Inc’s (NYSE: GSAT) stock has rallied in the recent weeks, rising 266% year-to-date and 297% over the past three months, and valuation looks full, according to Morgan Stanley. read more