GameStop Stock Is Charging Toward Its Apex: A Technical Look 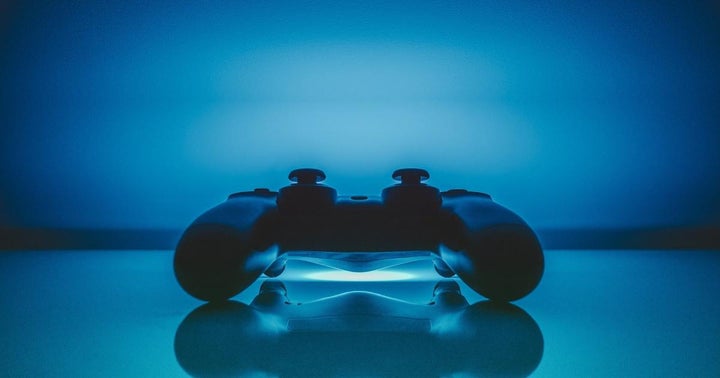 GameStop Corporation (NYSE:GME) has been silent about its epic short squeeze until posting a series of tweets Tuesday and Wednesday that were later deleted.

One tweet, in response to a trailer for the upcoming Mass Effect: Legendary Edition, read “Oops *moass* my bad,” an obvious reference to and acronym for “mother of all short squeeze.”

The short squeeze has been accredited to the WallStreetBets community despite institutions and insiders holding a combined 123.33% of GameStop’s shares, a number that has been declining.

Despite the wild fluctuations in GameStop’s stock, with a 52-week trading range between $3.77 and $483, it has settled into a healthy consolidation pattern with clear support and resistance levels.

The GameStop Chart: GameStop’s stock has been trading in a symmetrical triangle, making lower highs and high lows since March 17. The stock should meet the apex of the triangle by the end of May if it doesn’t choose a bullish or bearish direction sooner.

Volume in the stock has been evaporating over the last few months, and by midday Thursday, only 2.3 million shares of GameStop were traded. Decreasing volume indicates the stock is running out of both buyers and sellers.

Decision time will come when a group of buyers or sellers enter GameStop to break it up or down from its triangle.

GameStop is trading below the eight-day exponential moving average and just below the 21-day EMA.

On Friday, the stock tried to regain the 21-day EMA but rejected and wicked off it. The 21-day EMA also coincides with a resistance level at $161.60.

GameStop is also trading above the 200-day SMA, which indicates that overall sentiment in the stock remains bullish. 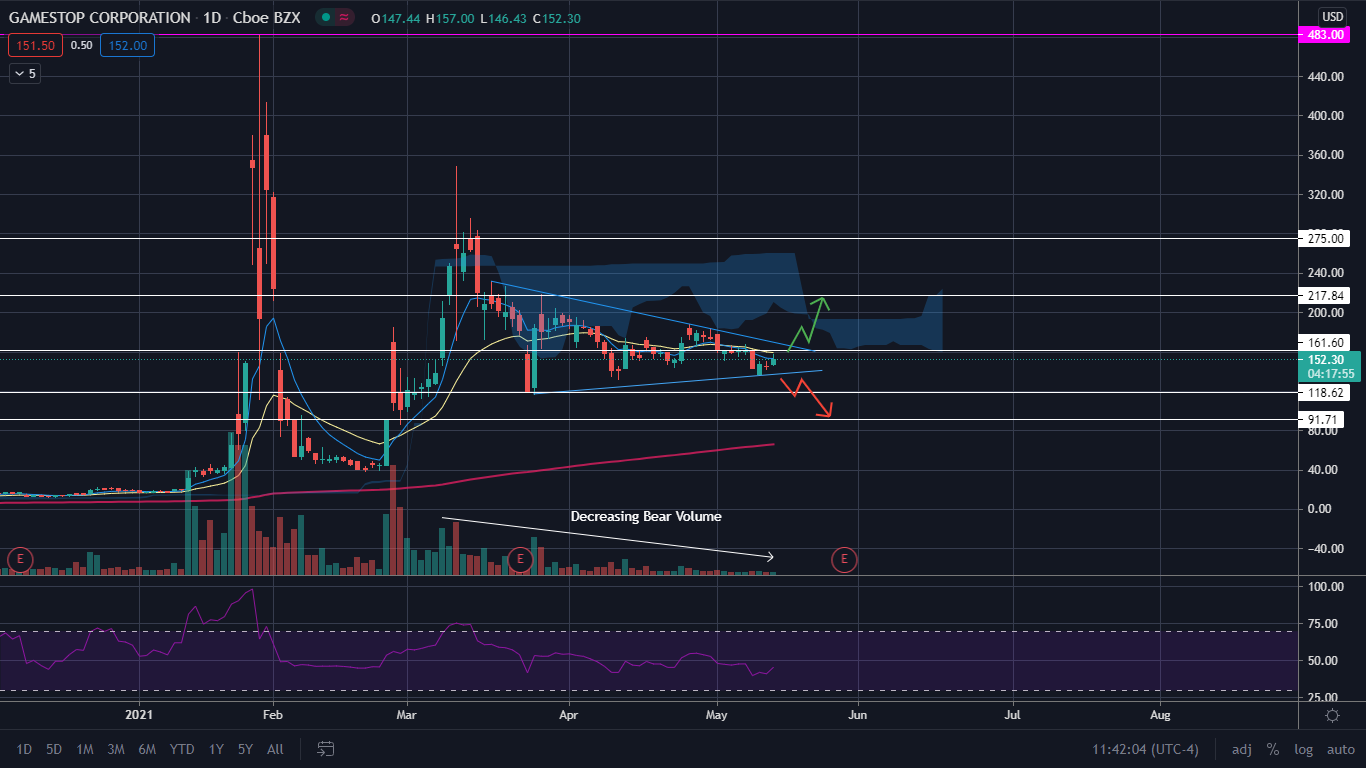 Bulls want to see large bullish volume break GameStop’s stock up out of the triangle. If it can make a bullish break, it has room to trade back toward the $217 level.

Bears want to see GameStop break down bearish from the triangle on large bullish volume that could see the stock fall toward the $118 level. If GameStop was unable to hold that level of support, it could trade back down to $91.71. 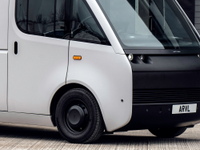 Arrival SA (NASDAQ: ARVL) shares are up over 11% in Wednesday's pre-market regular session after closing nearly 6% higher in the regular session a day prior. The surge comes in the aftermath of a  read more 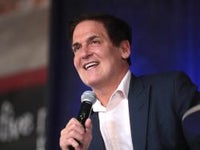 Mark Cuban Says Dogecoin, GameStop, AMC Can Be 'Good Investments,' But First Ask Yourself 'Why You're Investing' 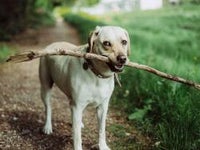 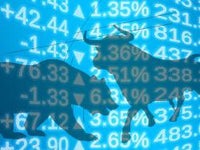 What Happened With AMC, GameStop, Koss, Nokia And Palantir Today?