December is believed to be a good month for U.S. equities and historical data affirm that belief. Over the past 20 years, the S&P 500 averages a December gain of 1.4 percent, according to EquityClock.com.

That ties December with November as the fourth-best month of the year for the S&P 500 over the past two decades.

At the sector level, December brings some familiar opportunities accessible via exchange traded funds. Familiar because the sector ETFs with strong December reputations have historically performed well in November, too.

The Materials Select Sector SPDR (NYSE:XLB), the largest materials ETF by assets, averages a December gain of around 2.50 percent, according to CXO Advisory data. That makes XLB the best sector SPDR in the month of December, making the final month of the year the second consecutive month in which XLB is usually the best sector SPDR ETF.

XLB was a solid performer in November, gaining 3.8 percent.

The Industrial Select Sector SPDR (NYSE:XLI) ranks as the second-best sector SPDR in December, marking the second straight month in which the largest industrial ETF has that honor on a historical basis.

XLI averages a December gain of just under 2.50 percent, according to CXO data. Like XLB, XLI is coming off a strong November in which the industrial ETF gained 3.81 percent.

In some months, some sector ETFs historically notch negative performances. Owing to December's reputation for equity market strength, no sector SPDR ETFs average negative returns in the last month of the year.

This month's historical “laggards” include the Consumer Staples SPDR (NYSE:XLP), which averages a December gain of just under 1 percent,” according to CXO. XLP, the largest consumer staples ETF, jumped 2.33 percent last month. 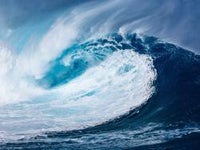 The Democratic “blue wave” in Washington D.C. took two months longer than many investors had anticipated, but it arrived this week when Democrats narrowly eked out a majority in the Senate. Following the Georgia runoffs, investors are once again searching for the best stocks and ETFs to own under Democratic leadership. read more 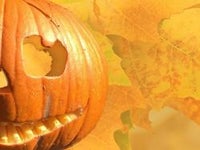 In terms of financial market seasonality, October is an interesting month. The tenth month is known to have given birth to some of the most dramatic market declines, but over the past two decades, the S&P 500 averages October gains of 1.2%. read more 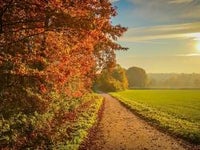 4 Sector ETFs For September, Including A Pair Of Surprises

September is here and with the arrival of the ninth month of the year comes some ominous equity market history. read more 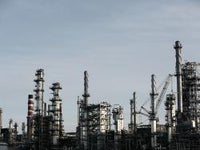 It's tied with energy for the smallest weight in the S&P 500 at 2.57%, but the oft-overlooked materials sector is on the rise. read more