Investing In Marijuana: Cannabis Industry Gets $2 Billion In 60 Days

January was a great month for the cannabis industry, despite Attorney General Jeff Sessions’ decision to rescind the Cole Memo, an Obama-era memorandum that essentially protected state-legal cannabis businesses from federal prosecution. Marijuana companies received more than $1.2 billion in investments over the first five weeks of the year, matching deals for all of 2016.

February wasn't as hot, with both the cannabis sector and the overall market performing poorly, but investors continued to pour money into marijuana companies at an accelerated pace. According to the Viridian Cannabis Deal Tracker, a unique database that tracks capital raises and M&A activity in the cannabis industry, deals for February surpassed $720 million.

This means that, in just 60 days, the cannabis industry has seen almost $2 billion in new funds. This figure is more than four times the $456.6 million in raises from the first nine weeks of 2017. 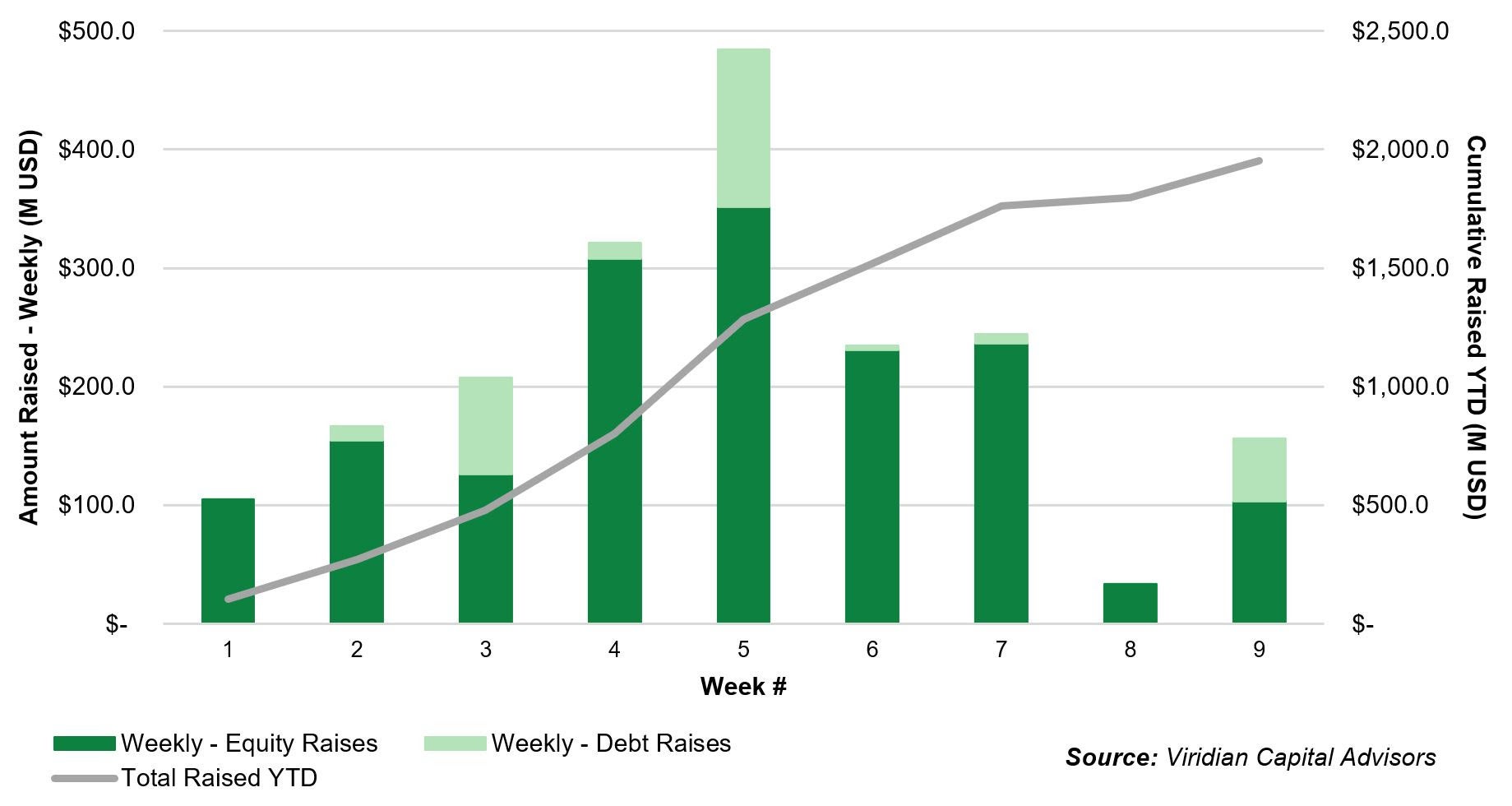 Over the first nine weeks of the year: 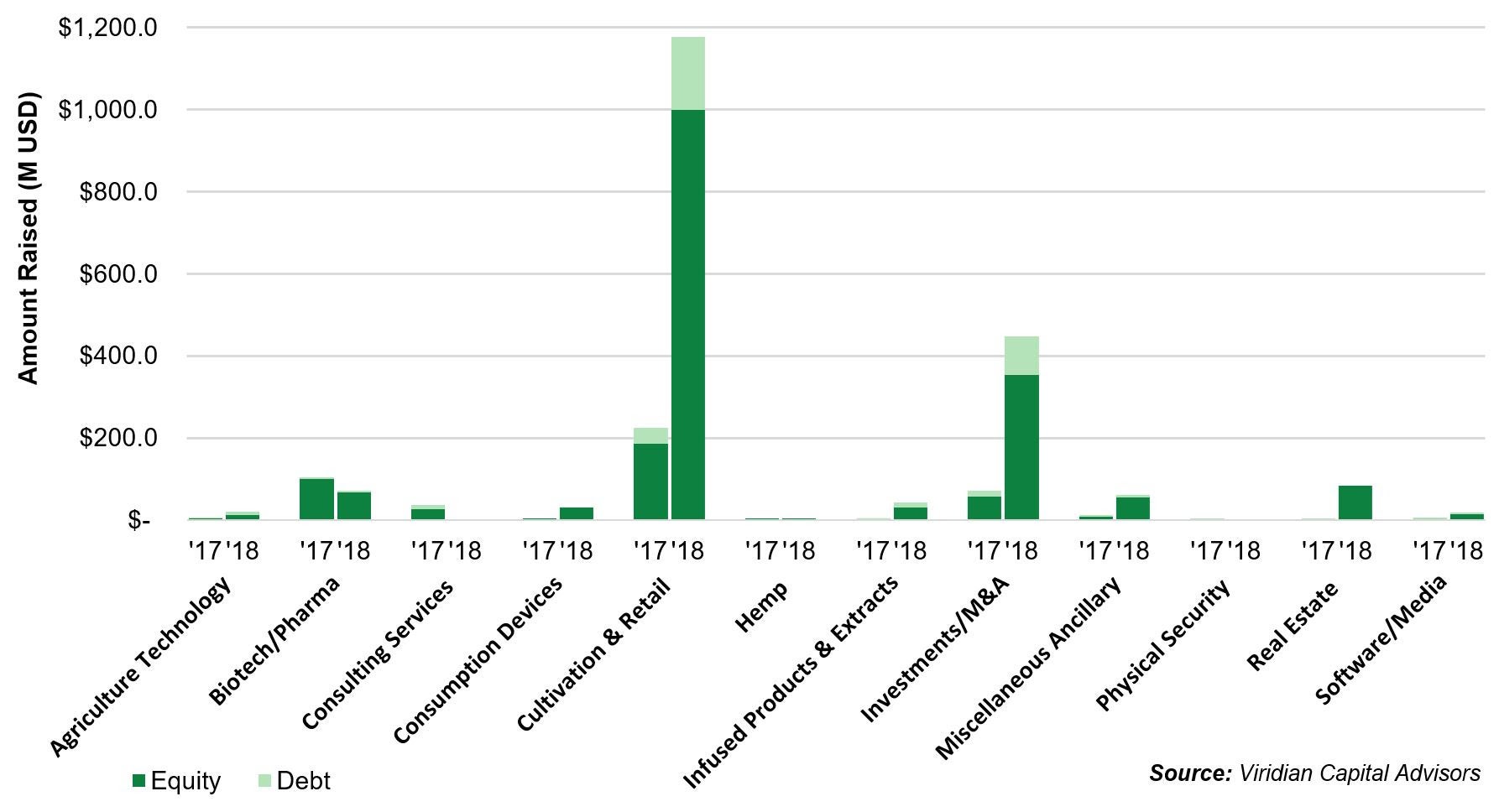 “This year we saw several larger debt raises,” Viridian Capital Advisors’ Vice President Harrison Phillips told Benzinga. “Some of these were convertible debt, but we also saw a private debt financing and a streaming financing to help build out facilities.”

The largest, single capital raises for the month of February, as measured in U.S. dollars:

The cultivation and retail sub-segment of the cannabis industry continued to attract the most money, although investments and M&A firms also got a decent amount of cash (more than $400 million).

“Some of these investments and M&A firms, especially those up in Canada, are really being run as publicly-traded holding companies Their strategy consists of raising capital into the company and then re-deploying that into strategic investments,” Phillips said.

Some other interesting trends seen in the cannabis industry: