Coinbase Stock Plummets As Bitcoin And Ethereum Slump, But Are There Signs Of A Reversal? 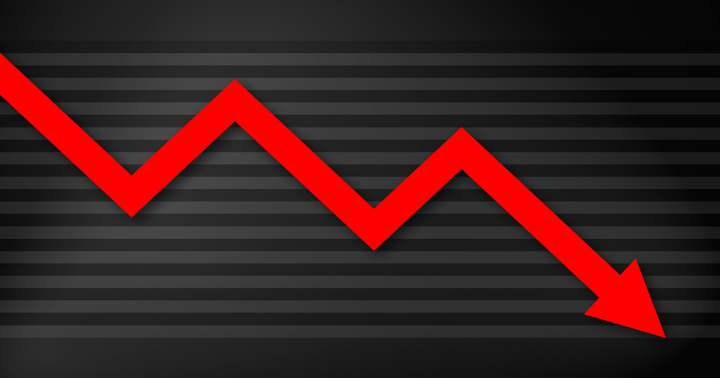 Coinbase Global, Inc (NASDAQ:COIN) was trading down almost 8% on Friday into a gap Benzinga called out on Nov. 23. Throughout much of November, it looked as though Coinbase may leave that gap behind but gaps on charts fill 90% of the time, so it was most likely the stock would fall down into the range.

Some investors may have lost confidence in Coinbase after it was reported on Thursday Cathie Wood-led firm Ark Invest sold 173,387 shares of the stock for an estimated $49.36 million. Investors also become wary when insiders sell shares and on Friday Benzinga reported Coinbase director Frederick Ernest Ehrsam III sold over $20 million worth of his Coinbase position.

It doesn’t help that the cryptocurrency market has been in somewhat of a slump recently with Bitcoin (CRYPTO: BTC) trading down almost 20% off its Nov. 10 all-time high of $69,000 and Ethereum (CRYPTO: ETH) failing to make a new all-time high after a weeks-long period of consolidation.

The fact that Coinbase filled the lower gap may give bullish investors peace-of-mind going forward, however, although there are currently no signs a reversal is imminent.

The Coinbase Chart: Coinbase has been trading in a steady downtrend, making consistent lower highs and lower lows since the stock broke bearishly from a pennant pattern on Nov. 18. The sell-off accelerated on Nov. 30 when Coinbase printed its most recent lower high at the $316.32 level and since the date Coinbase has fallen over 20% without bouncing.

The steep decline has almost put Coinbase into oversold territory on the daily chart. On Friday, Coinbase’s relative strength index (RSI) was measuring in at about 33% and when a stock’s RSI nears or reaches the 30% level it can be a buy signal for technical traders. When Coinbase’s RSI reached 34% on Sept. 29 the stock shot up 63% over the six weeks that followed.

On Friday, Coinbase was printing a bearish Marubozu candlestick, which indicates lower prices may come on Monday. If the stock bounces up in the afternoon and closes the day trading day near or above the $274 level it will print a hammer candlestick, however, which could indicate the temporary bottom is in. 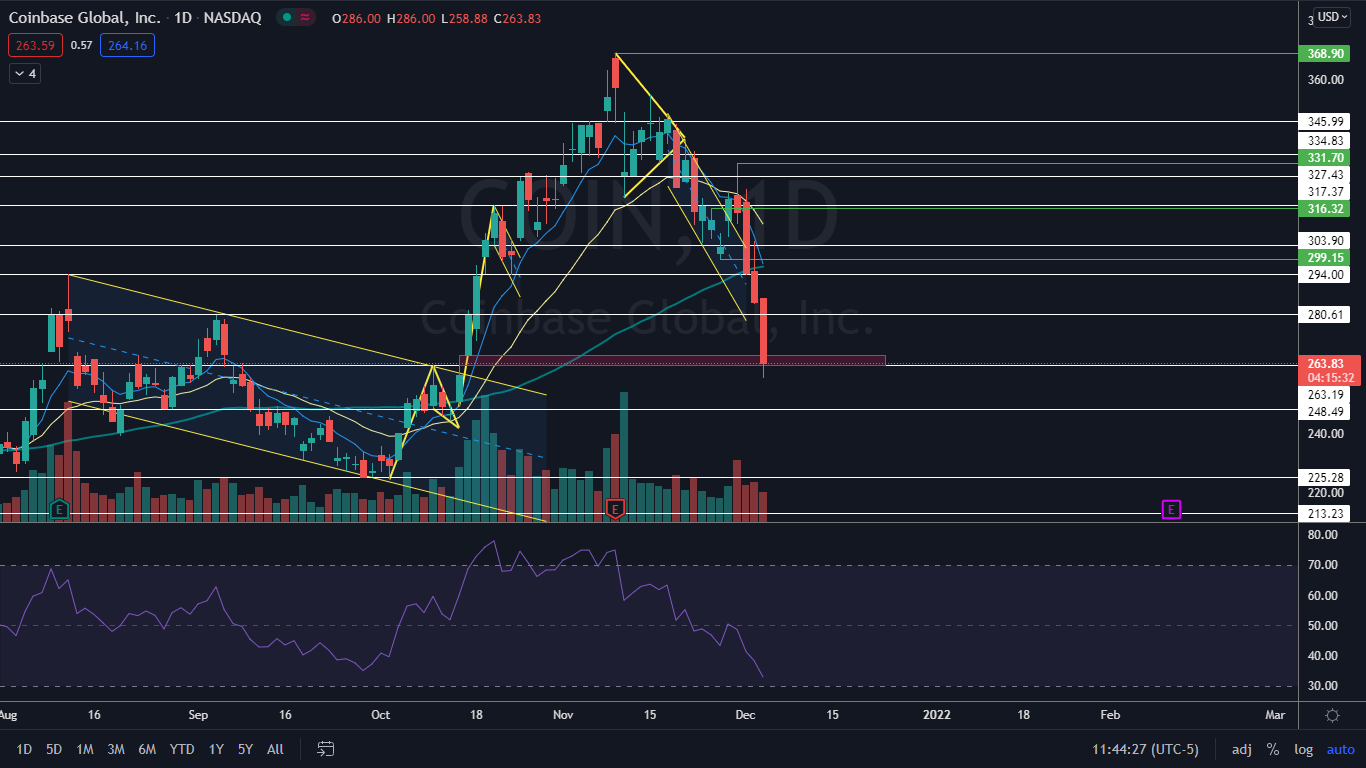