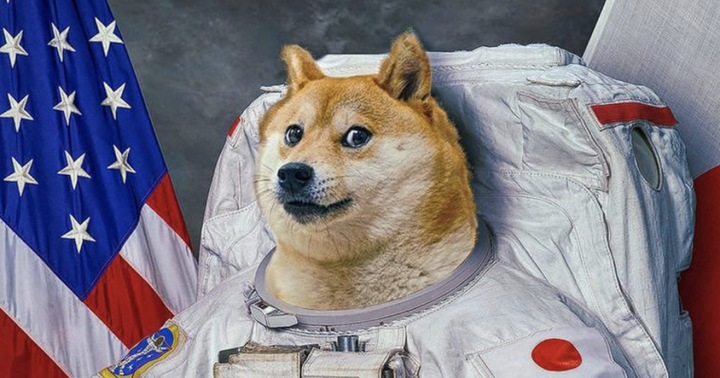 What Happened: Dogecoin, a digital currency that was launched as a joke, has surpassed all-time high today, growing by 420.29% in a matter of one day, according to a data analytics platform CoinMarketCap. The cryptocurrency is currently traded at $0.03831 at the time of publishing.

Musk’s followers recognized the tweet as an endorsement to the current Dogecoin rally, expressing overwhelming support in the Dogecoin future.

Why It Matters: This is not the first time Elon Musk has expressed his interest in the digital currency.

In December, Tesla CEO tweeted “One word: Doge” sending the cryptocurrency to a 20% surge.

Before that, his July tweet caused a 14% spike in Dogecoin price.

CoinMarketCap Head of Listings, however, in a conversation with Benzinga has warned traders about possible ramifications following a call to buy Dogecoin in a Reddit group that caused the recent price spike.

"It bears mentioning that all of this [the spike and the Reddit thread]takes place against a discernible shift in the cultural milieu, one where WSB has become emblematic of a grassroots Reddit movement that seeks to repudiate the entrenched interests and ossified power structures of WallStreet.

With his 'Gamestonk' tweet, Elon Musk — himself the subject of legal entanglements with the establishment (SEC) and erstwhile self-proclaimed Dogecoin CEO — has not only added rocket fuel to ignite Doge's price action on a SpaceX mission to the moon, but also a offered a familiar face for 'Robinhood traders' to coalesce around.”

Read Next: As Elon Musk Touts Dogecoin Again, Here's What You Should Know About The Cryptocurrency