Why Are So Many Municipalities Opting Out Of Their State's Adult-Use Cannabis Marketplace? 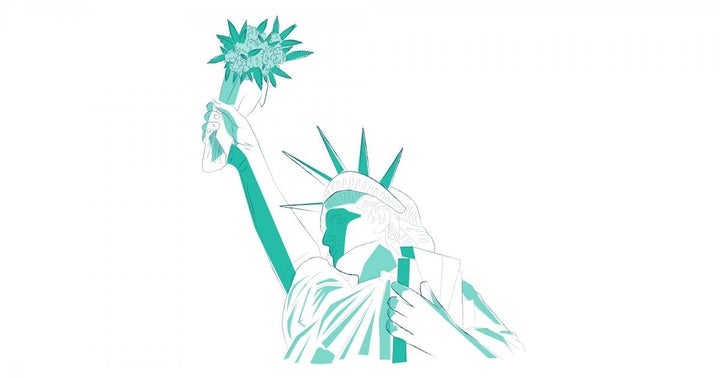 Although 16 U.S. states and Washington, D.C. have legalized adult-use cannabis, numerous municipalities, towns and cities are declining to participate in their state’s legal marijuana programs. One of the results of these opt-outs is that residents needing or wanting cannabis are obliged to travel to surrounding areas to obtain it.

Opt-outs, while nothing new, are impacting even major markets like California, where only 161 of the state’s 482 municipalities have chosen to join the adult-use program that began in 2019.

In Michigan, over 500 towns have prohibited cannabis operations since the state voted to legalize in 2018. In addition, Detroit is involved in a lawsuit over a disputed 15-year residency stipulation for social equity applicants that could result in the Motor City saying no to cannabis sales.

The motivation varies according to legal experts and executives of several cannabis companies.

Municipalities are obligated to decide their cannabis status within 180 days of a legalization bill's enactment, he said, and some fear lawsuits against local police, citing legislation that includes an increased risk of police liability regarding cannabis arrests.

Several New Jersey towns appear open to the idea of growing and manufacturing, McQueeny noted, but not to pot shops and dispensaries. “They are operating under the mistaken belief that if they ban dispensaries, they would decrease police involvement in pot-possession issues.”
Douglas E. Mains, a partner at Detroit's Honigman LLP, said the ongoing evolution of laws and lawsuits may be holding some municipalities back in Michigan. His law firm is part of the residency-based lawsuit in Detroit.

While noting many people in Michigan people support marijuana legalization, "those same people may not necessarily want cannabis businesses next to the coffee shop they frequent or on the same street as the school their children or grandchildren attend," Mains said. "I think that there is also a large degree of NIMBYism involved."

Though Mains sees the idea of opt-outs changing as regulation takes shape and municipalities see the financial benefits of cannabis sales.

"More education is needed so that communities can shift their thinking and realize the positive impact a dispensary can bring," Rollman said.

David Farris, VP of sales and marketing for Planet 13 Holdings Inc. (OTC:PLNHF), said a town's decision to opt-out could have financial implications. "Depending on where their city is as far as jobs and financials, [opting out] puts them in a position where they really have to take a hard look at it."

Revenue loss for municipalities could be staggering. Data compiled by The Motley Fool noted that 2020 saw legal adult-use markets generate anywhere from over $23 million (Alaska) to over $1 billion (California) in revenue.

Businesses bear the brunt of the ban, explained McQueeny, who noted that to be approved for a business license at least 51% of the operation must be located in the town where it intends to operate.

Towns and cities that opt our, he added "have often killed the opportunity of local entrepreneurs to reap the benefits of this specific license class, one which is designed for newer and smaller market entrants."

Cannabis supports 321,000 full-time equivalent jobs, according to the 2021 Leafly Jobs Report.
Though towns and cities often benefit from cannabis sales, Mains said the impact on the state budget is likely more negligible. He noted that taxes often benefit state projects, including infrastructure and K-12 education.
"As more municipalities allow cannabis businesses, sales will presumably increase, meaning those pots of money will grow," he said.
Mains noted that each license application in Michigan includes a $6,000 fee and that annual fees range from $4,700 to $28,000 for medical operators and $3,000 and $50,000 for adult use.

Sources say it's too early to tell if municipal opt-outs will remain an option for reluctant municipalities, with many uncertain how they will shake out in the future.

"My guess would be that they'll always be some kind of opt-out," said Cresco Labs Inc. (OTC:CRLBF) chief communications officer Jason Erkes.

Erkes highlighted that Cresco stores emphasize hiring standards, marketing and other parameters that demonstrate the market's viability. "All those things are reflective of a normalized and professionalized cannabis industry."

Still, some towns could remain holdouts as long as opting out remains an option.

Rollman of Green Thumb called the situation a mixed bag.

"Some municipalities simply want to wait until other communities work out the kinks, and then they opt-in," she said.

Bearish Sentiment On The Marijuana Market: Cannabis Movers For July 14, 2021

Cannabis In The Midwest - The Green Belt: Webinar Looks Into What's In Store