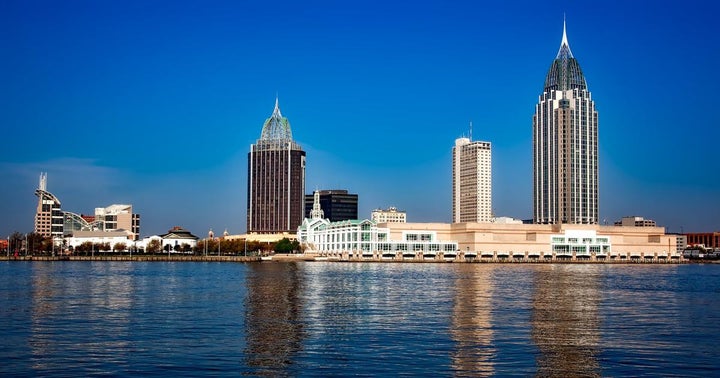 The state’s Senate approved the bill, sponsored by Sen. Tim Melson, in a 21-8 vote on Wednesday.

The bill was approved by the state’s Senate committee earlier this month and sent to the full floor for review.

The legislation allows people with qualifying conditions to utilize cannabis for therapeutic reasons.

Upon establishing Alabama Medical Cannabis Commission, which will count 11 members, patients will be free to qualify for the program. In addition, the regulatory body will oversee licensing.

Patients suffering from anxiety, sleep disorders, post-traumatic stress disorder, and a dozen more conditions will be eligible to enter the program.

Each patient is allowed to buy and possess up to “70 daily dosages of medical cannabis,” Marijuana Moment writes.

In addition, the bill proposes a 9% gross proceeds tax on medical cannabis sales.

Raw cannabis, as well as smoking, vaping, and edibles, are forbidden.

New York State's policymakers held the first public hearing of the year on proposals that support the cause on Tuesday.

Marijuana Moment reports that the hearing — held in a joint session with members of the Senate Finance Committee and Assembly Ways & Means Committee — was centered around budget implications.

The legislators had a chance to hear reactions to Gov. Andrew Cuomo's marijuana legalization plan, which he recently amended to address issues such as social equity financing, cannabis delivery services and felony penalties for illicit sales.

Cuomo recently proposed the legalization of recreational cannabis during his State of the State address.

"We deeply appreciate the possibilities offered in the MRTA," Gandelman noted, adding that New York will need to "balance issues involving taxes, licensing and speed to market."

The third panelist was their opponent, Kevin Sabet of the prohibitionist group Smart Approaches to Marijuana.

New Mexico has made another step toward legalizing marijuana.

The state's Taxation and Revenue Committee gave a green light for the legislation supporting the cause,  just a week following the Health & Human Services Committee's approval.

According to Marijuana Moment, the bill sponsored by Rep. Javier Martinez was voted on Wednesday in an 8-4 vote.

The proposal allows adults 21 and older to possess "at least" two ounces of cannabis and cultivate up to six mature and six immature plants.

It's also poised to establish a system of regulated and taxed cannabis sales.

The legislation is now headed to the full floor for review.

Martinez highlighted that the bill would "protect" and "enhance" the state's medical cannabis program.

"We've got to ensure that whatever legalization framework we lead with is rooted in values of equity and justice," he added.

Emily Kaltenbach, Senior Director for Resident States and New Mexico for the Drug Policy Alliance, questioned the social justice aspect of both legislations, pointing out that "the Senate version fails to include comprehensive social justice and equity provisions that are necessary to right the wrongs of the failed war on drugs."

Arizona Organix received its license on Feb. 1. It has sold medical marijuana to Arizona residents since 2012.

“The ability to expand our products with recreational marijuana allows us to reach even more people," Mark Myer, vice president of Arizona Organix. "With the expansion of our products, we promise to uphold the same quality and outstanding customer service that we’ve come to be known for.”

Morocco Plans To OK Medical And Industrial Cannabis Use

A new bill in Morocco hopes to improve farmers’ incomes and protect them from drug traffickers who currently control the cannabis trade across the country.

According to Reuters, the bill would make the farming, export and domestic sale of cannabis — both for medical and industrial use — legal.

Morocco's government will form a national agency to oversee production, transportation and sales. Parliament must still approve the plan.

The recreational use of cannabis in Morocco would still be banned.