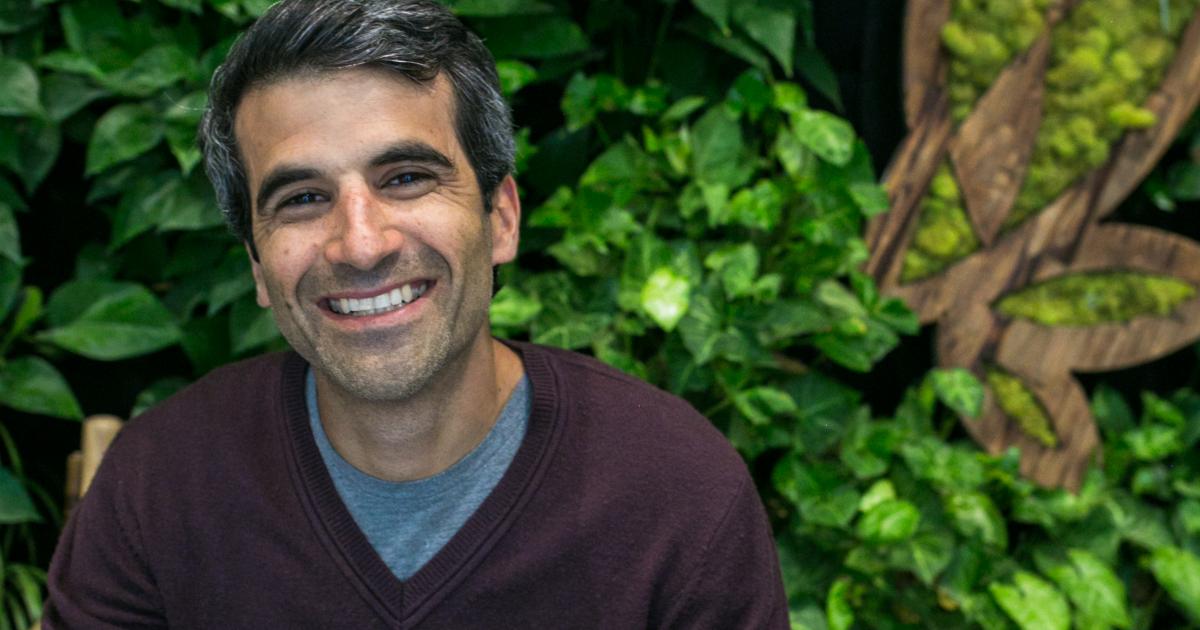 The Mendocino County, California-based company says the tech — developed by chemist Dr. Raj Gupta — highlights "the rich entourage effect for which California’s sungrown cannabis is known the world over."

The move spotlights the work and craft of Emerald Triangle cannabis farmers, CEO Michael Steinmetz said, referring to the region in Northern California.

The Emerald Triangle is known for being the largest cannabis-producing region in the United States.

Cannabis prohibition "mandated that cannabis growers had to largely hide their farms indoors or, as with Emerald Triangle farmers, hide in plain sight on mountainous slopes and under the cover of trees," Steinmetz says.

"We were the first and only company that was interested in building out a supply chain for these craft farmers."

With Caldera, Steinmetz says Flow Cannabis has the opportunity to "infuse the values that form the bedrock" of the company into the oils and extracts category.

The weed entrepreneur recently spoke with Benzinga about fundraising, the company's strategy going into 2021 and his hopes for the cannabis space post-Election Day.

BZ: Flow Cannabis has raised $175 million since 2014. What was the last fundraising process like?

M.S.: The stars aligned for us with our fundraising, and our investors really responded to this vision. With Gotham Green Partners leading, we were gratified to work with Poseidon Asset Management, Salveo Capital and Roger McNamee.

Everything came together in a matter of months during the spring and summer of 2018. Of course, support begets support, and once our Series A raise was made public, we were fortunate to find other investors coming forward [and] wanting to be a part of the movement we were fomenting.

Our Series B was for $125 million, which at the time was the largest amount raised in a single round by a U.S. cannabis company. It has been an amazing experience, and I remain gratified by the support and assistance we’ve received, as we’ve striven to be the standard bearer for the emerging clean and sustainable cannabis movement and elevate the world to an enlightened cannabis consciousness.

In January of this year, we received a license to manufacture extracts, oil-based vapes, topicals and tinctures at our 200,000-square-foot facility in Mendocino County, of which 85,000 feet is dedicated for manufactured goods, allowing us to potentially produce around 10 times the volume of product we had previously been able to make.

We also launched our Roots flower line into manufacturing, offering consumers the opportunity to purchase California sungrown cannabis that’s good for the Earth as well as their wallet. And of course, we’ve been hard at work planning ahead for the heart and soul of our company, our flagship brand, Flow Kana.

Since Flow Cannabis’s inception, we have worked tirelessly to educate and push policy makers to protect the Emerald Triangle’s independent craft family farmers who cultivate sustainably and regeneratively, in small batches, with virtually zero carbon footprint. Their way of life and livelihoods are at stake due to ill-designed California regulations and policies. The changes we advocate for are many but the two most important ones are tax reform and interstate commerce.

For decades, California cannabis has powered Americans’ cannabis consumption — to this day, up to 80% of our nation’s cannabis continues to come from California’s famed Emerald Triangle region, albeit illicitly.

Our plan is to continue to play an instrumental role in making interstate cannabis commerce a reality so that we can bring and export sungrown, independently farmed, California craft cannabis all across the nation. It’ll happen.

All of us in this industry [cannabis] felt an inordinate sense of pride that cannabis was deemed an "essential" service for society this year.

That kind of validation doesn’t happen very often for us — if ever — and it offered a powerful opportunity for us to demonstrate the significance of this plant in our daily lives, our industry’s collective economic might, our ability to inspire the creation of hundreds of thousands of jobs, and actual billions of dollars in much-needed state tax revenues.

Prior to the pandemic, California cannabis was in a bad predicament. We had sent out an SOS to state legislators, because the illicit market had eclipsed the regulated market, making it near to impossible for regulated companies to move product on dispensary shelves.

I was definitely surprised by how quickly the pandemic reversed the health and trajectory of California’s cannabis industry. The past few months have been incredibly fruitful for Flow Cannabis Co.’s sales. We’re more proud now than ever before to have one of California’s bestselling flower brand.

What's your hope for the cannabis industry after Nov. 3?

As an American citizen who was raised in Venezuela and who experienced and witnessed firsthand the dangers of an undemocratic society, I have always taken hope and comfort in the American promise of life, liberty and the pursuit of happiness — wise words from a declaration drafted by a hemp farmer.

Freedom and opportunity are uniquely American concepts, but they are also foundational to the cannabis industry. My hope is that regardless of which administration takes over, it will be a real ally in helping our industry stabilize and grow and be seen as an economic driver for the economy.

Our market will gross somewhere between $14 and $23 billion in 2020 — a number on par with the NFL — at a time when our national economy is in dire straits.

My hope is that either administration will go beyond the promise of descheduling and decriminalizing cannabis and really see this as an opportunity to undo the wrongs of the past around racial injustice and to be an economic recovery tool, an important driver of job creation and tax revenue-building.

Now is not the time for half-steps, but rather giant leaps. In solidarity with those who still remain incarcerated for nonviolent cannabis offenses, those who still lack access to employment opportunities and the right to vote because of past cannabis convictions, those who still lack access to cannabis medicine because of the state they live in, those whose regulated cannabis businesses are still suffering due to an inability to compete with an illicit interstate market — I hope that the next government will do what’s right for our nation and rapidly legalize cannabis.