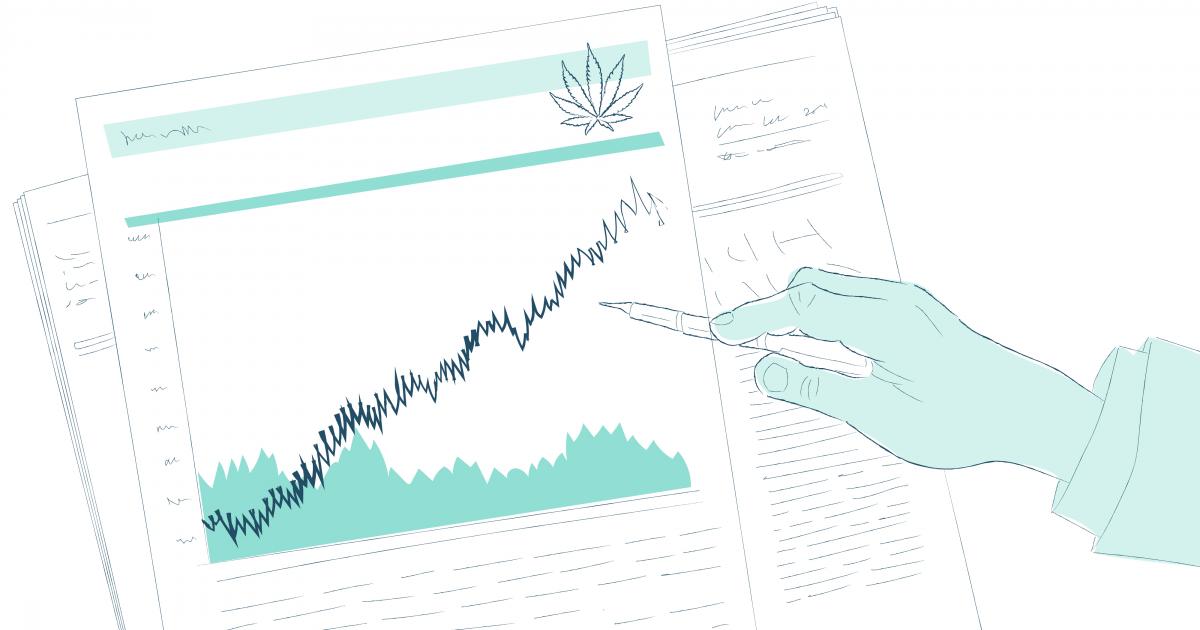 GrowGeneration Corp. (NASDAQ:GRWG)’s stock has been on a roller coaster this week, posting gains of up to almost 60% from its Monday opening price, and subsequently tumbling to close the week with gains of almost 19%. The shares are still trading at double their Aug. 12 price.

GrowGeneration continued to spike on Monday after Jim Cramer interviewed CEO Darren Lampert on CNBC, describing its business model as the “most exciting” he’s seen in retail. Impressed by the results, Cramer commended the CEO on the surge in same-store sales and walk in business.

“We’re in such an early stage of a multi-billion dollar industry. GrowGeneration is just getting started,” said Lampert.

Commenting on the surge in the stock price, Alan Brochstein, founder of New Cannabis Ventures, told Benzinga it was not only the Mad Money appearance that drove it, but also “the fact that as a NASDAQ-listed stock, it trades on Robinhood,” providing exposure to a very active retail investor base.

Following a five-day rally, GrowGeneration’s stock hit a peak of $22.30 on Wednesday, and commenced a small decline as excitement around its earnings wore off and some investors looked to take profits.

On Friday, shares took a dive of more than 9% after Hindenburg Research published a report arguing the “Euphoric Retail Stock Has The Brightest Management Red Flags” that analysts have “ever seen,” saying downside surpasses 70%.

According to the report, shares are “absurdly” priced “even under a best-case scenario.” The analysts attribute this to “momentum & euphoria.”

It’s important to note the firm has taken a short position in GrowGeneration.

“I think that the stock went to levels that are unsustainably high and would likely have traded off, but the short report hastened the decline,” Brochstein commented.

The key element in Hindenburg’s bearish thesis is management, which it touts as “one of the most questionable we have ever seen at a public company.”

Analysts say several top executives at GrowGeneration have a history of being tied to alleged pump and dump schemes, fraud, and other crimes.

“The COVID surge is not likely to be permanent. As the pandemic eases and people get back to work, we expect growth will ease,” the report concludes, circling back on the recent strong numbers. “In our view, GrowGen has an interesting business model, and it got a solid boost from COVID. That’s great. It’s the type of business that could be a decent model under the right management team.”

In an email to Benzinga, GrowGeneration president Michael Salaman said the company will be responding to the short report soon, and encouraged investors to rely on the Aug. 13 earnings release.