How To Use Marijuana To Combat Obesity: The Secret Is In Cannabis' Chemical Compounds 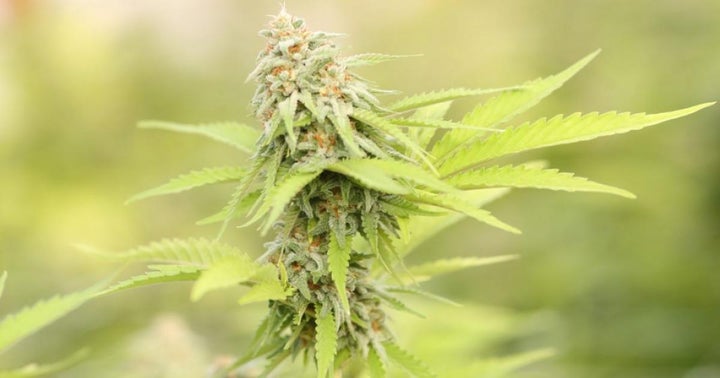 There are various traditional treatment options that help combat obesity, however, cannabis and different cannabinoids like CBD and THCV have shown to be very useful in helping treat obesity and its symptoms.

Although millions of adults struggle with being overweight or obese, they’re not the only ones. Nowadays, millions of children are becoming overweight and obese at much younger ages. Specifically, in 2011, more than 40 million children younger than five years old were overweight. There are various traditional treatment options that help combat obesity, however, cannabis and different cannabinoids like cannabidiol (CBD) and tetrahydrocannabivarin (THCV) have shown to be very useful in helping treat obesity and its symptoms.

What to Know About Obesity & The Complications It Can Cause

According to the World Health Organization, obesity has almost doubled over the last three decades. Then, in America, obesity has tripled in children since the 1970s, and it continues to increase. Based on report estimates by the Center for Disease Control & Prevention, one in five children of standard school-age are obese. Not only is this a dangerous diagnosis for young children but being obese will likely cause many health issues before the child becomes a teenager.

In general, obesity is much more than just being overweight. Obesity means that an individual’s body fat substantially surpasses the amount of body fat that’s considered healthy. Whereas, being overweight refers to a person who weighs more than the ideal weight for their age and height.

However, both terms are often defined as irregular amounts of disproportionate fat build-up that could negatively impact one’s health and state of being. Overall, being obese poses a higher risk of developing various disabilities, dying at early ages, and experiencing a poor quality of life. 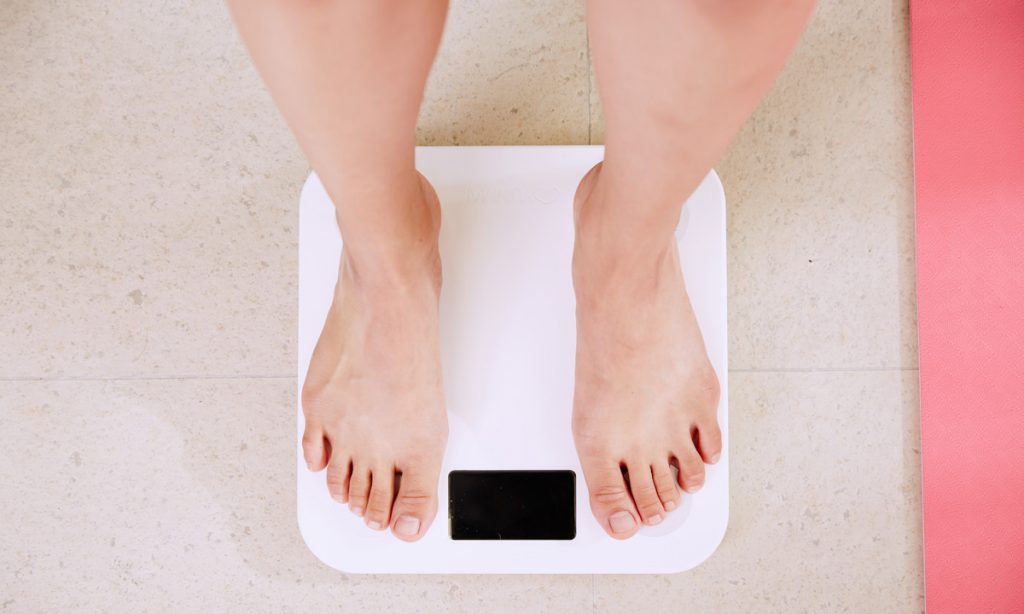 Photo by i yunmai via Unsplash

Some health issues and negative complications that can occur from being obese include the following: depression, anxiety, fatigue, joint and muscle pain, and the incapability of participating in different physical activities. There’s also a higher chance that obese individuals could be diagnosed with type 2 diabetes, different forms of arthritis, ischemic heart disease, and various cardiovascular issues.

In the U.S. alone, it has been found that 37 percent of the adult population is obese, whereas, close to eight percent are close to suffering from severe obesity. Therefore, it’s suggested to take this diagnosis seriously if one wants to prevent additional complications from occurring.

After understanding the prevalence of obesity on a worldwide scale in addition to different complications that can occur from being obese, what are its causes? In most cases, the main cause of being obese consists of an energy imbalance regarding calorie intake and calories used. Over the years, worldwide, there has been a rise in the consumption of energy-dense foods that contain high amounts of unhealthy fat. There has also been a rise in physical inactivity, which is mostly attributable to sedentary lifestyles. Thus, two main causes of obesity include overeating and little to no physical activity.

Other causes include genetics, medications, and various psychological factors. However, certain variables can contribute to obesity including one’s metabolism, lack of sleep duration, and community/neighborhood resources or lack thereof. Additionally, different psychological factors can trigger individuals to become emotional eaters. It’s also common for feelings of anger, sadness, and stress to result in binge-eating, which eventually leads to varying levels of weight gain, especially when one isn’t physically active.

In addition, since nearly 1 in every 3 adults are considered obese, and 1 in every 13 adults are considered unhealthily obese, it’s suggested to make certain changes and implement different forms of treatment. Common treatment options that are available include the following: diet changes and healthy eating habits, the incorporation of more exercise and physical activities, the consumption of bariatric medications, and undergoing bariatric surgery, which is normally the last resort.

Aside from these treatment options, it has been discovered that cannabis and several of its valuable cannabinoids can help alleviate many symptoms caused by obesity while also helping obese individuals improve their quality of life and get back on a healthy path. One cannabinoid that’s extremely beneficial for combatting obesity is THCV, which possesses appetite-suppressing properties. THCV also acts as an antagonist of the CB1 and CB2 receptors. Therefore, THCV can block THC, which results in users not experiencing appetite boosts or the munchies.

Additionally, CBD has been found to help regulate one’s appetite. Due to cannabis’s vast medicinal and therapeutic properties though, this plant can help alleviate many symptoms obesity causes such as anxiety, depression, joint, muscle, and back pain, self-esteem and confidence issues, and binge-eating. Besides cannabis itself, certain terpenes play a role in suppressing one’s appetite. The main one known for its appetite-suppressing properties is Humulene. 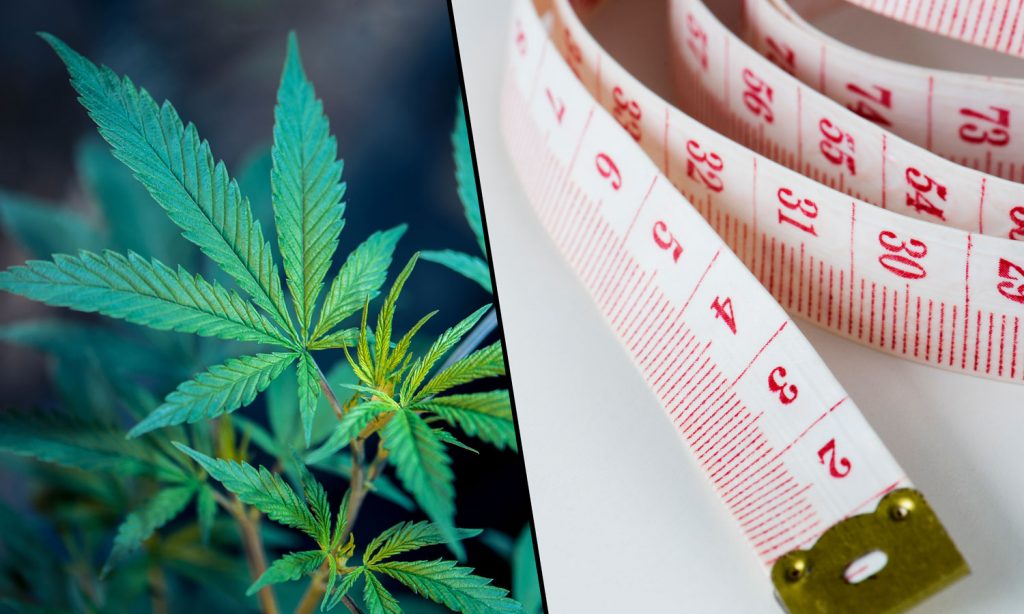 Photos by: Roberto Valdivia via Unsplash, 377873 via rawpixel

Over the years, different surveys and studies have been conducted on cannabis users and non-cannabis users who struggle with obesity to discover the role the plant plays in combating obesity. One survey focused on 786 participants, and it found that on average, cannabis shares a link with a lower BMI (body mass index), lower body fat percentage, decreased fasting insulin, and decreased insulin resistance. Then, several other surveys revealed that the prevalence of obesity isn’t as prominent in cannabis users as opposed to non-cannabis users.

Whereas, a set of two representative national surveys found some interesting results, and the following was concluded: “…despite the evidence that cannabis use stimulates appetite in clinical trials and laboratory studies, cannabis users are actually less likely to be obese than non-users in the general population.” However, diet and physical activity weren’t taken into consideration when this conclusion was made. Regarding research studies though, one 2015 study confirmed that cannabis consumption was linked to lower BMI and lower fat mass percentages.

Moreover, it’s essential for obese individuals to consume the right cannabis strains to reap the benefits they need. In particular, cannabis strains that are high in THCV, CBD, and Humulene are ideal. A few examples include Doug’s Varin, Tahoe OG, Pineapple Purps, and Master Kush, which are known to contain high THCV percentages and high amounts of Humulene.

Generally, most sativa dominant strains possess higher levels of THCV than other strains. Although there are various cannabis consumption methods available like oral ingestion, inhalation, sublingual administration, topical administration, and transdermal usage, it’s up to the individual to decide which one works best for them.

Overall, due to the growing prevalence of obesity in the U.S. and around the world, it’s important to adopt healthy habits and try different treatment options like cannabis usage to combat obesity and/or to prevent obesity. More research must be conducted on THCV and its medicinal benefits, especially its appetite-suppressing properties. However, obese individuals could certainly give cannabis a chance and discover the impact high amounts of THCV, CBD, and/or Humulene can have on their quality of life.