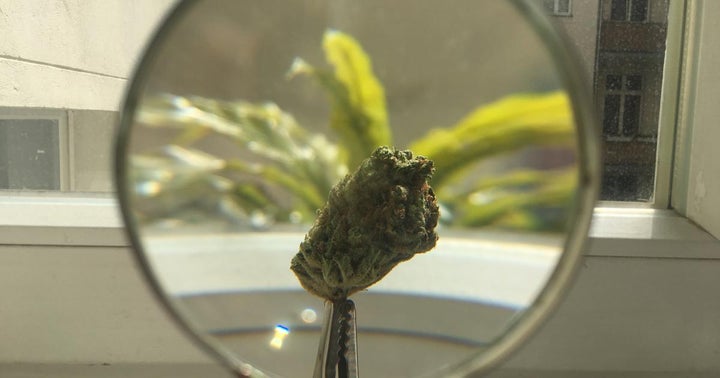 By David Rothenberg, co-founder of Mighty Self.

Entire industries are now being built around tetrahydrocannabinol (THC) and cannabidiol (CBD), the most well-known examples of cannabinoids—a group of compounds produced by the cannabis plant. But it is also interesting to note the amount of other cannabinoids that have not been detected in any other plant. By some estimates, there are more than 100 cannabinoids found exclusively in the cannabis plant.

Plant geneticists in the cannabis industry are now actively developing new strains that produce elevated levels of specific cannabinoids. These market forces will reduce cost, increase availability, and facilitate research of isolated phytocannabinoids, and science has just begun to reveal their potential benefits. Even the benefits of the well-known cannabinoids are just now being fully discovered.  Δ-THCV, for example, has been shown to have neuroprotective properties and to relieve symptoms of Parkinson’s disease in animal models. As federal restrictions on cannabis research ease, progress in identifying and creating cannabinoid-derived medicines will be able to expand.

In some areas, progress may come at an accelerated pace. Thousands of years of historic cannabis use provide us with a natural experiment and resulting insights that would typically come from the early phases of new drug development, essentially bootstrapping the process. This is important to take into account, when you consider the time constraints of new drug development for the pharmaceutical industry.

Modern, high-throughput screening techniques used by the pharmaceutical industry have dramatically accelerated the process by which new candidate medications are discovered. However, the complete process for developing a new drug can still take 10 to 15 years. In the first phase of drug discovery, researchers sort through as many as 5,000 to 10,000 compounds, looking for ones that are most likely to lead to a cure. Out of thousands, a couple of hundred compounds are deemed interesting enough to begin the second phase of drug development: preclinical studies. These studies seek to provide detailed information on dosing and toxicity levels before human testing begins. After preclinical testing, researchers review their findings and decide whether the drug should be tested in people.

If a candidate medicine passes preclinical studies, the next step is Phase 1 clinical trials, the purpose of which is to better understand toxicity, safety and dosing in humans. In the case of cannabis and its primary active compounds (cannabinoids), thousands of years of human use have already demonstrated that cannabinoids are generally safe in humans and show promising characteristics as potential candidate medicines in some areas.

In addition to being generally safe candidate medicines, cannabinoids are natural substances that cannot by themselves be patented in their natural form. This creates something akin to an “open source” library of medicinal building blocks and leaves room for smaller, innovative companies to operate in a competitive space that large pharmaceutical companies would otherwise own completely.

What does “open source” mean in the context of wellness? In the world of software, “open source” can be defined as software that provides a precise set of freedoms and benefits, including but not limited to the freedoms to modify, run, study, redistribute, and otherwise improve the software you rely on. In the software industry, open source computer code, and the movement itself, have become a platform for technical collaboration and innovation on a scale that was previously unimaginable. In the world of medicine, open source molecules can and should be left in the public domain to provide innovative health companies the freedom to operate, create value for consumers, and contribute to the well-being of society.

As cannabis becomes mainstream, federal regulators must work with state and local officials to ensure a consistent set of laws that balance caution and safety with progress. Canada, Germany and Israel stand out as examples of successful government support of cannabis innovation. Canada has been a pioneer in legislation reform as the world’s first major economy to fully legalize both medical and recreational cannabis. Germany and Israel have enacted legislation that incentivizes investment in medical studies, making these countries leaders in cannabis research.

Here in the US, shifting public perception will hopefully sway federal regulators to loosen restrictions on research, allowing the market to reach its full potential while keeping cannabinoids in the public domain. This outcome, however, is by no means assured. Last year, the FDA granted approval for Epidiolex®, the first drug that uses the cannabis-derived ingredient CBD. This forced the DEA to reschedule Epidiolex; an oral solution of highly refined CBD. It also enabled the United States Patent and Trademark Office to award eight patents protecting Epidiolex.

Federal law currently forbids adding an active drug ingredient to foods or marketing an active drug ingredient as a dietary supplement. However, there are already dozens of products on the market (e.g. beverages, tinctures, softgels) that use oral solutions of highly refined CBD. Hence the FDA’s approval of Epidiolex as a drug potentially takes away your rights to access these products, many of which are therapeutic in nature.

Working to support an open-source medicine model for natural wellness ingredients like the cannabinoids found in the cannabis plant could lead to the public’s freedom to study, modify, improve, market, and sell cannabinoids and other public domain compounds in natural, purified and concentrated forms. As the U.S. holds a unique global role as an innovation leader, it is hopeful that the country will follow the path of other progressive nations that have benefited greatly from embracing the potential role this plant can take in the natural wellness marketplace.

Mighty Self is a modern health and wellness company developing medicines that harness the emerging science of cannabinoids. The brand’s Co-Founders David Rothenberg and Matthew Runeare see the forward edge of this trend, and believe in its great potential. They are passionate about the work being done today that in the coming years can result in a new generation of medicines—both pharmaceutical and over-the-counter.

The following post was written and/or published as a collaboration between Benzinga’s in-house sponsored content team and a financial partner of Benzinga. It only took six months for the newest cannabis ETF to reach $1 billion in assets. read more

Below is a recap of the main news related to the cannabis industry and markets for the week of June 28, 2021. read more