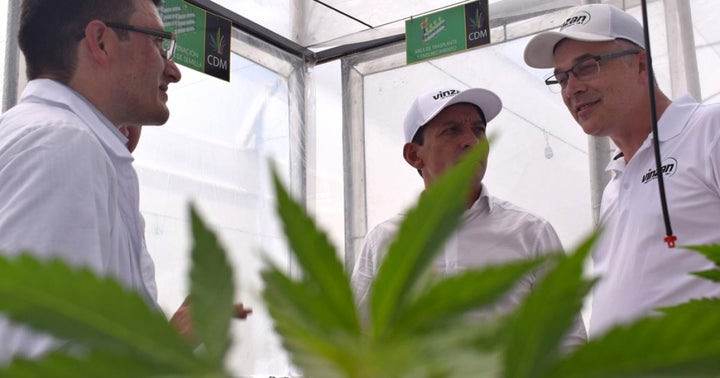 It all started in January, at the Benzinga Cannabis Capital Conference when the Vinzan International team met Colombian university professor Jairo Moreno. Less than a year later, the company has struck a deal to acquire 51% of the cannabis company headed by Moreno, Colombia Dreams Marihuana Inc., or CDM.

Toronto-based Vinzan International will purchase a majority stake in CDM, which owns and operates two growing locations in Colombia, one in Guamo-Tolima and one at the Sierra Nevada de Santa Marta. The properties boast a combined size of over 18 hectares. The entity will now operate under the name Vinzan Colombia.

“We are thrilled to make this announcement and start working together to make Vinzan Colombia a leader in the region,” said Vinzan CEO Brian Armstrong. “We considered many options to grow our Colombian operation, but the strength of the CDM team set them apart.”

Vinzan Colombia will be led by Jairo Moreno, its new CEO.

“In Vinzan International, we found a team that shared our vision for reaching global markets,” he said. “There is a lot of competition in Colombia, and in order to separate ourselves, we needed a partner who understands international markets and has a focused global strategy.”

The company’s operation includes a seeds and genetics program, as well. This program will provide inputs for all of Vinzan International’s operations.

Earlier this year, Vinzan International appointed Donald Stewart as its new chief financial officer. Stewart had left his executive director position at Morgan Stanley (NYSE:MSN) after 12 years with the company. A week later, Kelsey Barnes left a senior position in IBM (NYSE:IBM)'s cybersecurity division to take a job as the company’s vice president of operations.

Photos courtesy of the company.