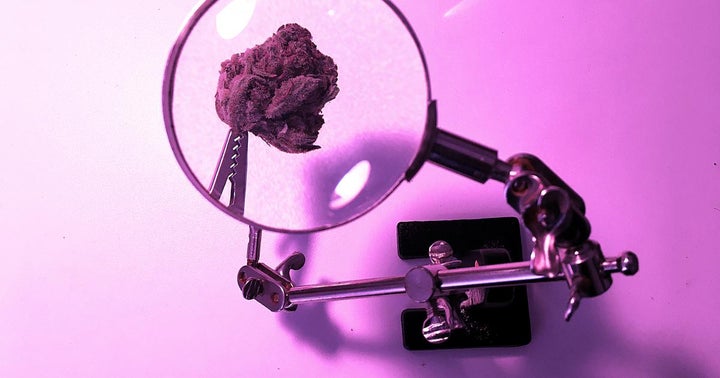 While studies have shown that endocannabinoids naturally regulate a variety of physiological processes in our bodies, scientists are now finding that their function also includes sending a message from our gut to our brain to tell us that we're full and should stop eating. That system, however, can get disrupted. Scientists decided to find out why.

Researchers at the University of California, Riverside (UCR) School of Medicine identified a molecular mechanism that disrupts this crucial communication between the gut and the brain. They found that overactive endocannabinoid activity in the gut can block, or even shut down, the signaling system that alerts the brain when it's time to stop eating.

“I've been studying obesity syndrome and food addiction for the past 15 years and the common thread that runs throughout all of this is the endocannabinoid system (ECS), which activates the same receptors, especially where feeling full is concerned,” said Nicholas DiPatrizio, assistant professor of biomedical sciences at UCR.

Using a mouse model, DiPatrizio and coauthor Donovan A. Argueta, who recently completed his doctorate in bioengineering, and their team of graduate students are looking for a way to unblock that essential messaging system.

In their study, which appeared in the journal Frontiers in Physiology on June 11, 2019, one group of mice was fed what DiPatrizio called the “chronic Western diet” — high in fat and sugar. The other group was given the plant extract containing all of the oils and molecules in the cannabis plant.

After 60 days, the team found increased activity of endocannabinoids at cannabinoid CB1 receptors in the gut of the mice that consumed the chronic Western diet. This increased activity prevented the release of a chain of amino acids that would signal satiation, or the “I'm too full to keep eating” response. Nicholas DiPatrizio, assistant professor of biomedical sciences at the University of California, Riverside, right, and his research team, doctoral candidate Pedro Perez, left, and Dr. Donovan Argueta, center, co-authored a study that might show the link between the endocannabinoid system and obesity. The research was conducted on mice. (Stan Lim/University of California, Riverside)

There are two main cannabinoid receptors: CB1 and CB2. CB1 receptors are primarily found in the central nervous system, where they regulate a wide variety of brain functions.

“The mice that were fed the Western diet binged and plumped up and displayed all the hallmarks of type 2 diabetes when they ingested all of the chemicals in the pot plant, not just the delta-9-tetrahydrocannabinol molecules, which is the THC,” DiPatrizio told Weedmaps News.

“They went on a feeding frenzy the first day but by the second day, less. By the third day the munchies effect was starting to die down,” DiPatrizio said. “What was happening is that the THC was hijacking the endocannabinoid system in the body.”

Endocannabinoids are cannabis-like molecules produced naturally within the body. Like cannabis itself, they can stimulate feeding behavior, often resulting in the munchies.

DiPatrizio explained that he and his team made a side-by-side comparison between the two groups of mice and what they found suggested that THC was driving changes that were different from the molecules and chemicals in the pure plants' oils.

"If we could tweak overactive endocannabinoid signaling at cannabinoid CB1 receptors in the gut, which blocks the normal message from the gut to the brain,” DiPatrizio said, “we could go a long way toward solving one of the major issues that affects millions around the world: obesity.”

Tweak, as in developing drugs?

“Yes, if drugs could be developed to restore the gut-brain satiation pathways, we'd be looking at a positive solution for tackling obesity, which ultimately causes Type-2 diabetes, a completely preventable illness.”

Previous attempts at targeting the cannabinoid CB1 receptors initially showed promise but failed because of negative side effects. One case was Rimonabant, an anti-obesity drug introduced in Europe in 2006 and withdrawn in 2008 due to serious psychiatric side effects that included depression, anxiety, and suicidal thoughts.

UCR's current study suggests it is possible to target only the cannabinoid receptors in the gut.

“We are not manipulating the brain at all, just the gut,” DiPatrizio said.

Another expert in the field, Dr. Bernard Le Foll, Ph.D., a researcher at Toronto's Center for Addiction and Mental Health, has looked at how the prevalence of obesity is lower in cannabis users as compared to non-users. Le Foll's research has shown that this phenomenon is directly related to exposure to THC. He has suggested that a THC/cannabidiol (CBD) combination may produce weight loss.

Le Foll told Weedmaps News that he found the UCR study “very interesting and well done in indicating that the CB1 receptors in the gut may be involved in the process.”

Argueta, first author on the study, said some of the next lines of study will be to investigate “what aspects of diet cause the dysregulation that we observed, such as specific fats, sugars, and protein components.”

The team intends to keep working on how CB1 receptor activity is linked to the gut hormone, known as cholecystokinin (CCK), that helps digestion and reduces appetite.

“We only scratched the surface for the potential role of endocannabinoids in controlling CCK release,” Argueta said. “It would be very interesting to get down to the molecular level and see what are the interactions between these signaling events that control how CCK is being freed from cells and how cannabinoids contribute.”