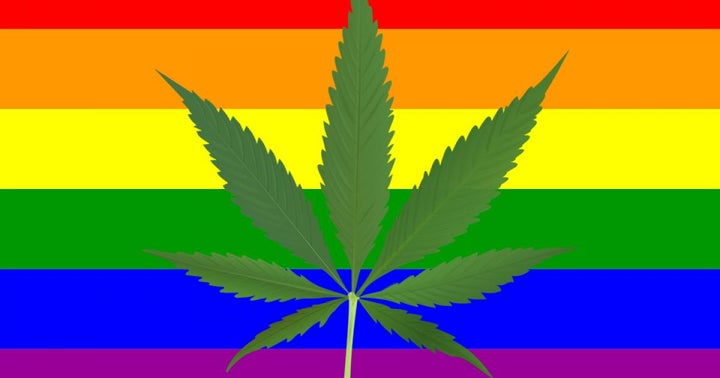 By Kyle Sherman, CEO of Flowhub.

As we head into Pride Month this June, it is a reminder to all of us of the power of inclusion and diversity not just in our own lives, but also in the workplace. Our cultural history may be rife with struggle, suffering  and oppression, but it is also full of examples of courage, empowerment and equal opportunity.

Although strikingly different from civil rights, the cannabis industry has had its fair share of trials and tribulations over the years, and as we enter into a new era of legalization and of growth, I call on our leaders to take a stand with me for diversity and inclusion and to set a positive example for generations to come.

By honoring pride month, we can look back through our history to see how far we’ve come. What once seemed impossible is now commonplace. Older generations may recall sitcoms such as Ellen or Will and Grace that brought LGBTQ rights into the mainstream, while today’s generations are able to further explore the depths of same-sex relationships and identity issues with shows like Modern Family and Supergirl. The Pew Research Center finds that public opinion on same-sex marriage has increased from 35 percent at the start of the 2000s to 61 percent in 2018. That’s a major shift in cultural thinking in a short period of time.

Similarly, cannabis is on its own journey towards becoming mainstreamed – and we have many advocates of the pride movement who have been leaders and supporters of legalization throughout our history.  Medicinal marijuana was first championed by activists to alleviate the symptoms of AIDS. In fact, Dennis Peron, whose partner died of AIDS in 1990, co-authored California Proposition 215, the law that permits the use of medical marijuana in the state, the first of its kind nationwide.

With 33 states legalizing cannabis for medical use and 10 offering authorized recreational use,  people from all backgrounds are drawn to cannabis not only for its psychoactive effects, but also myriad health and wellness benefits, spanning cancer, Parkinson’s disease, irritable bowel syndrome, epilepsy, glaucoma, chronic pain, stress, depression, and so on. The number of legal medical marijuana patients in the U.S. today tops 2.1 million, according to ProCon.org. It’s estimated that 10 percent of Americans would be using medical marijuana if it were legal throughout all 50 U.S. states.

As the cannabis industry is propelled forward by an ongoing demand for legalization, we can and should leverage this opportunity in the spotlight to continue to beat the diversity drum and bring people, cultures and viewpoints together in harmony and unison. At Flowhub, we are proud to join the ranks of a multitude of retailers and tech companies — Apple, Intel, Starbucks, Spotify, TOMS, Chipotle, and so many more — using their voices and influence to outwardly support the pride movement. But let us not move on and forget once the month comes to a close. As the entrepreneurs, industry makers and consumers of cannabis, we can do the movement proud by extending the message of inclusivity indefinitely.

Brands have the opportunity to demonstrate their support in many ways, be it temporarily rebranding their logo with rainbow colors, offering specials and discounts, donating to charities, or creating powerful social media campaigns. At Flowhub, we’ve built a culture of inclusion in a comprehensive and concerted way that speaks to all facets of diversity. How can this be replicated by other companies? Some ways are to hire for diversity, establish gender neutral bathrooms, purchase from minority and LBGTQ-owned companies, offer unisex merchandise, and practice mindfulness regarding gender specific artwork and collateral.

A sustained, rather than a short-lived, program of inclusivity will always prosper. The cannabis industry has a long track record of driving meaningful change, so on behalf of the pride movement, we take a stand not just today, or until the end of the month, but indefinitely for equal rights and opportunity in the workplace and in society and, most importantly, respect for everyone.

Green Flower's CEO On Building A Cannabis Education Company: 'I Got Through The First Couple Years With Pure Resilience'