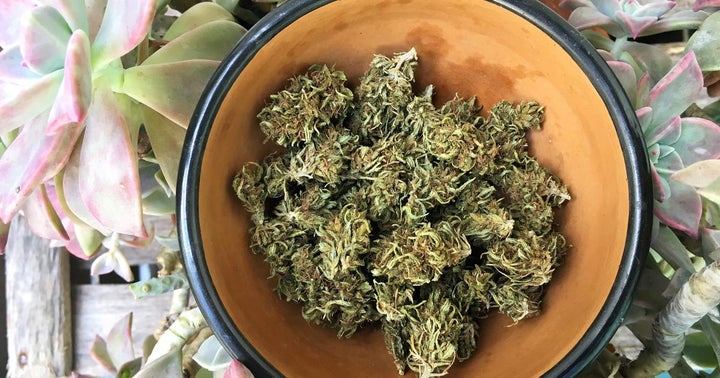 Major political disputes often create unpredictable ripples in the world of cannabis. Sometimes, these waves are small and kitschy. When President Donald Trump caused a government shutdown because legislators wouldn’t fund his border wall, that meant government workers were left without pay or medical services. So one company stepped in to provide those employees with free medical marijuana.

But those tangent offshoots connecting cannabis and Big League Politics can also hold foundational consequences for millions of Americans. Like, for example, when the Cato Institute discovered legalizing marijuana would do more to curb illegal drug smuggling than a wall ever could.

When considering United States’ current trade dispute with China, catalyzed by Trump once again, the ripple hitting the cannabis world is somewhere in between. According to a report from Barron’s, America’s showdown with China is actually hurting the cannabis trade. You’d think otherwise, as marijuana isn’t exported or imported (legally, at least) by the United States.

Except it’s affecting those companies who don’t touch marijuana, in twist of events. High tariffs imposed by the Trump administration have seriously cut into businesses like KushCo Holdings, which provides chemicals, vaporizer hardware, and packaging to marijuana producers. Although the company is experiencing increases in sales numbers—39% increase sequentially in the quarter ending in February—their gross margin figures have torpedoed thanks to tariffs.

That’s because KushCo imports its vape pens and cartridges from China. According to Barron’s, “nearly 70% of KushCo’s $35 million in February quarter revenue” came from these imports. At first, the company tried to eat the cost of tariffs. But since the trade dispute won’t end anytime soon, and could eventually cost KushCo even more, the company will now have to pass off those increased fees to its consumers.

KushCo has applied for a tariff exemption, but what chances does the company have when “zillions” of others sit ahead of them in the queue? Helping stoners buy cheaper vape cartridges isn’t exactly high on the priorities of American capitalism. KushCo isn’t the only cannabis company suffering from the trade disputes either. Barron’s mentions GreenLane Holdings as another business extending pricing surges thanks to the tariffs.

The U.S.-China dispute doesn’t seem to be ending anytime soon, despite Morgan Stanley analysts warning that if such trade talks fail, it could push the global economy into a recession. At least those vape cartridges would come in handy then.