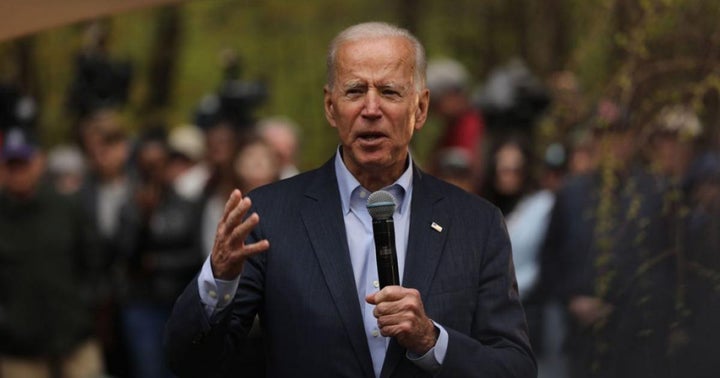 Well it only took a month of criticisms for Joe Biden to change his tune on cannabis reform. The presidential nominee announced this week that he supports marijuana decriminalization, but he wouldn’t go so far as to support legalization at a federal level. The former vice president believes the question of legalization should be left to the states.

Biden first signaled his evolution in cannabis reform during a house party in New Hampshire Tuesday. It was there he told voters, “Nobody should be in jail for smoking marijuana.”

Those comments were further expanded in a statement Biden’s spokesman released to news media Thursday.

“As he said [Tuesday], Vice President Biden does not believe anyone should be in jail simply for smoking or possessing marijuana. He supports decriminalizing marijuana and automatically expunging prior criminal records for marijuana possession, so those affected don’t have to figure out how to petition for it or pay for a lawyer,” Biden campaign spokesperson Andrew Bates said in a statement to CNN.

Bates also added that Biden “would allow states to continue to make their own choices regarding legalization and would seek to make it easier to conduct research on marijuana’s positive and negative health impacts by rescheduling it as a schedule 2 drug.”

Currently, cannabis remains a Schedule I drug at the federal level. That classification as defined by the Drug Enforcement Administration (DEA) is reserved for drugs “with no currently accepted medical use and a high potential for abuse.” Other well-known Schedule I drugs include LSD, heroin, and peyote.

Meanwhile, a Schedule II drug is considered to still have a high potential for abuse, but could also have some accepted medical use. Some Schedule II drugs are methamphetamine, fentanyl, and cocaine.

Biden’s past anti-drug records came back to haunt him this week. In addition to feeling pressure from candidates on drug policy like Bernie Sanders, Elizabeth Warren, and Cory Booker, a newly surfaced video clip demonstrated that his views haven’t really changed since 1989. The question remains if Biden’s new stance will be enough to convince marijuana advocates to support him ahead of the 2020 Election.