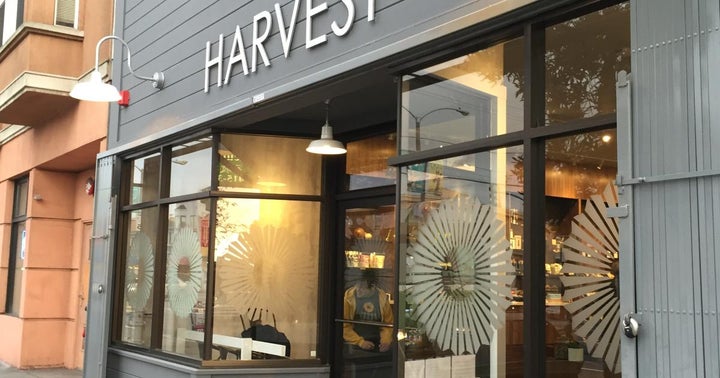 When your state legalizes cannabis, there’s no guarantee that a store will open near you. That depends on your local city or county council, which regulates if and where retails stores are allowed.

As more municipal officials are faced with a decision to allow or ban cannabis dispensaries, a new study highlights those dispensaries’ links to lower crime, declining teen use, and increased property values.

Fears over crime rates, teen use, and property values often drive the discussion around local zoning issues. Curious about what the actual research said about those issues, a team of researchers at Leafly embarked on a review of the available evidence. We focused on 42 research papers that directly addressed those fears. What we found in our report—Debunking Dispensary Myths—was eye-opening.

Losing The Peace After Prohibition’s End

Allowing local access to cannabis is the key to successfully implementing legalization. So far, we’re failing at it.

Though almost 60 percent of California voters approved Proposition 64 in 2016, just 25 percent of cities and counties currently allow cannabis stores. Many must drive hundreds of miles to find a licensed outlet. Under the guise of ‘keeping cannabis out,’ local officials who ban retail stores actually bolster the local illicit market, which offers untaxed, untested cannabis in virtually every neighborhood. And those sellers don’t ask for proof that their customers are 21 or older.

This dynamic holds up across legalization states, where Leafly found about half of cities and counties ban stores. The dynamic is spreading to the East Coast and Midwest, currently in medical systems like Pennsylvania and in new adult-use states like Massachusetts and Michigan. 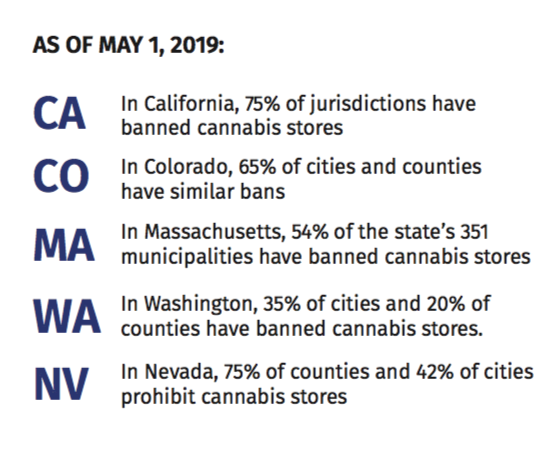 These bans are often driven by local concerns over crime, teen use, and property values. But the discussion rarely considers the actual data, based on five years of recreational sales in Colorado and Washington, and 15 years of medical cannabis sales in California.

The vast bulk of the data suggests that a local policy of well-regulated cannabis retail licensing can have a positive impact on a community.  That data is matched by accounts from law enforcement, civic leadership, and local regulators.

In towns where retail cannabis stores are allowed, you’ll find ample evidence of local shops embraced by their neighbors. In San Francisco, Green Cross dispensary operator Kevin Reed considers community accountability the essence of his job. The store employs a licensed security staff that enforces age gates, no-smoking rules, parking regulations, and is trained in first aid. The Green Cross invested in better street lighting, and makes its camera system is available to the Ingleside Police Station. It its six years of operation, the store has never been robbed or targeted for any other crime.

“Many neighbors were skeptical about us opening in the beginning,” Reed told our research team. “But through a great deal of hard work and initiative, they now see that’s we’ve made good on our promises and have improved the neighborhood as a whole.” said Reed.

That’s just one anecdote, but a growing body of published research indicates that Kevin Reed isn’t an outlier. The data shows that licensed and well-regulated cannabis stores provide good jobs, improve neighborhoods, and allow adults to purchase legally, doing their part to put the illicit market out of business.

The full report, Debunking Dispensary Myths, is available at Leafly as of Tuesday at 9 a.m. ET.

David Downs directs news and lifestyle coverage as the California Bureau Chief for Leafly.com, as well as the author of several cannabis books including ‘Marijuana Harvest’ by Ed Rosenthal and David Downs. He co-hosts The Hash podcast.