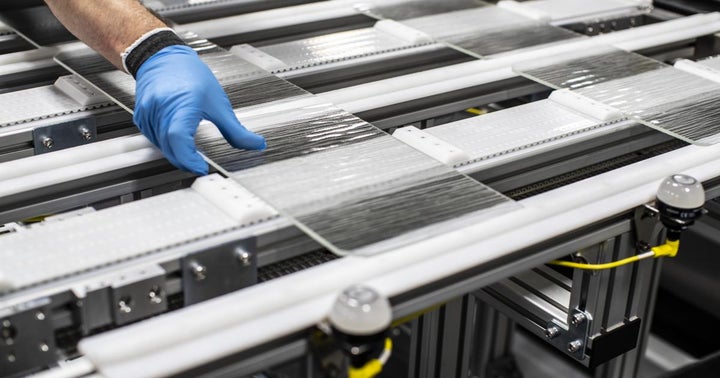 Tesla Inc (NASDAQ:TSLA) shares have recovered from their coronavirus meltdown, courtesy of a  strong quarterly report. On the earnings call, CEO Elon Musk suggested the company's next Gigafactory could be announced as soon as next month and that it would be in the U.S.

An analyst at Morgan Stanley strongly believes Texas is the most likely location.

Adam Jonas has an Equal Weight rating on Tesla with a $680 price target.

Texas confers the following six advantages that could clinch the decision in its favor, Jonas said in a Monday note. (See his track record here.)

The analyst sees inherent disadvantages with respect to location and logistics in having all of a company's North American production on the West Coast of the U.S.

Tesla's vehicle factory in the U.S. is in Fremont, California; no other OEMs have vehicle assembly in the Golden State, he said.

Thirdly, Jonas is of the view that Tesla might prefer to operate in states where labor union representation is less prevalent. Texas, being a right-to-work state with affordable labor costs, fits the bill, the analyst said.

The cost of doing business is significantly lower than Tesla's current production in California, he said.

Fourth, Tesla, which pitches itself as an integrated renewable energy generation, storage and transportation company, would prefer a state with an abundance of predictable renewable solar energy to power its manufacturing operations, Jonas said.

SpaceX/Starship operations are in Boca Chica, Texas. As SpaceX continues to make headway in developing its Starship, the analyst said it is only prudent for Musk to spend more of his time in the Lone Star State.

"Synergies in management time and, over time, possibly increased cooperation between Tesla and SpaceX make Texas an appealing option for the next US Giga."

Last, Morgan Stanley said the U.S. lawmakers and the public might see a multibillion-dollar investment from a renewable energy and transportation company in the heart of the U.S. oil and gas industry as "symbolic and, in many ways, well timed."

Here's What Warren Buffett Thinks About Tesla And Elon Musk

2 Of Elon Musk's Houses May Actually Be For Sale: Here's Why

Tesla, Inc. (NASDAQ: TSLA) shares have picked up some momentum in recent sessions as the electric vehicle giant prepares to release its quarterly results. read more

Tesla Inc’s (NASDAQ: TSLA) annual shareholder meeting scheduled to be held at the Gigafactory Texas in Austin is taking place on Thursday and as per Wedbush Securities, the Elon Musk-led company will set the groundwork for the electric automaker& read more