On Friday at 8:30 a.m. EDT, the U.S. Bureau of Labor Statistics will release its jobs report for the month of May. The report will include statistics on unemployment, the labor market, wages and more.

Some key figures to look out for are non-farm and private payrolls, which measure how many people are employed in those sectors.

The BLS estimates non-farm payrolls will increase by 185,000 jobs and private payrolls by 173,000. While these numbers are lower than what was added in April, that isn’t necessarily cause for concern, experts say.

RSM US LPP Chief Economist Joe Brusuelas pointed out that only 80,000 new jobs are required to meet demand for new entrants to the labor market. Beyond that, more jobs push unemployment down.

Brusuelas expects to see 178,000 jobs added in May, bringing unemployment to 4.4 percent, the same as April’s rate and in line with government estimates. He also expects a 2.6 percent rise in average hourly earnings on a year-over-year basis and a general increase in hours worked, which together should bode well for consumer spending.

Another gauge of job growth is ADP’s national employment report for the month of May, released Thursday morning.

The report shows the non-farm private sector added 253,000 jobs from April to May. This includes job losses in the information and hospitality sectors.

The number blows away the 185,000 estimate economists surveyed by Reuters were expecting.

“It’s another fresh batch of data that reflects a tightening U.S. labor market, one that’s likely much tighter than top-line data indicates or policy makers are acknowledging,” Brusuelas told Benzinga.

The ADP report reveals that over 75 percent of new payrolls came from and small midsized companies.

“That’s an extraordinarily large number, and that gives you a sense of just how small and medium enterprises right now are clearly outperforming the Fortune 1000,” said Brusuelas.

Brusuelas recently studied hiring trends in four major growth areas in the country: Boston, Seattle, Silicon Valley and San Diego North County. What stood out to him is that based on government data, these areas only added a total of 12,000 jobs over the last year. Brusuelas called the data into question.

“That’s highly unlikely,” said Brusuelas. “What’s likely occurring is that jobs that are being created aren’t captured by the BLS.”

These jobs are the newer kind that include cloud engineers and user design professionals, he said.

"What’s called the North-American Industry Classification Codes have not yet been updated to include" modern positions, Brusuelas said.

He also noted that across the private sector, particularly in business services and finance, companies are “likely hiring at a much quicker pace than the data indicates.”

Monthly hiring may slow down as the labor market tightens and it becomes harder for companies to find qualified workers, he said.

“That’s something that forward-looking investors should begin to price [into their portfolios] over the next 12-24 months,” said Brusuelas.

The SPDR S&P 500 ETF Trust (NYSE:SPY) tends to trade off of the monthly jobs numbers.

With Unemployment Near Post-Recession Lows, How These 6 States Were Left Behind 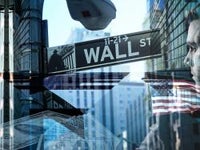 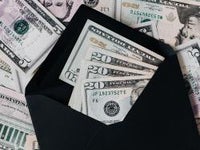 Pandemic Savings + Government Stimulus: What It All Means For The Stock Market And Economy 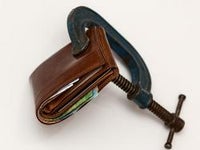 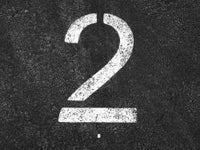