Can Broadcom Or Medtronic Offer Up An Earnings Surprise?

In what overall will be a very quiet week on the earnings front, the latest quarterly results from the new Broadcom Ltd (NASDAQ: AVGO) after its recent merger and from Medtronic PLC (NYSE: MDT), which completed a huge merger last year, will be among the scant highlights.

Wall Street analysts are looking for solid bottom-line growth, compared to a year ago, from both of them, as well as strong top-line growth from the semiconductor maker. One of them has a better track record of exceeding expectations in the past few quarters, though.

Below is a quick look at what analysts expect from these two reports, followed by a glance at some of the other most anticipated results out of the few earnings reports scheduled for the holiday-shortened week.

Wall Street’s consensus forecast for the former Avago calls for fiscal second-quarter earnings per share (EPS) to have risen more than 10 percent from a year ago to $2.38. EPS have exceeded expectations by a dime or more in the past six quarters. The Estimize forecast is higher at $2.43 per share, but it has underestimated EPS recently as well.

The estimate from a consensus of 41 Estimize respondents has revenue in the quarter totaling $3.56 billion, which is just a bit more than Wall Street expectations and the midpoint of the range of company guidance. Broadcom is scheduled to report its numbers after Thursday’s closing bell.

See also: Tesla’s Gigafactory: Are Other Auto Manufacturers About To Experience Their ‘BlackBerry Moment’?

When this Ireland-based company shares its fiscal fourth-quarter results early Tuesday, the Wall Street forecast is that it will post EPS of $1.26, along with revenue of $7.49 billion. That would be up from the $1.16 per share and $7.30 billion reported in the same period of last year. EPS were in line with expectations in the previous quarter but have not fallen short in the past year.

The 13 Estimize survey respondents have slightly more optimistic expectations for the period: earnings of $1.27 per share on $7.54 billion in revenue. That would be the highest top and bottom line quarterly results in the past two years. But note that Estimize narrowly overestimated revenue in the previous two quarters.

Other companies that Wall Street analysts expect to show at least some earnings growth when they report this week include retailer Michael Kors and homebuilder Hovnanian Enterprises. The consensus forecasts call for EPS at Bank of Nova Scotia and TiVo to be the same as in the year-ago period, as well as per-share earnings at Ascena Retail, tech companies Ambarella and Ciena, and mining equipment maker Joy Global to be smaller than a year ago.

The following week will be quiet on the earnings front as well, but keep an eye out for the latest quarterly numbers from H&R Block for its busiest season, yoga-pants purveyor Lululemon Athletica, and recent headline maker Valeant Pharmaceuticals. 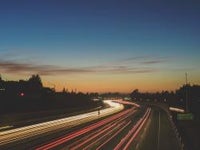 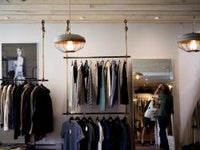 The celebration of Memorial Day in the U.S. read more 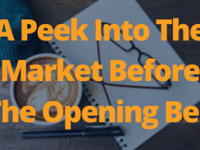 A Peek Into The Markets: US Stock Futures Edge Lower; All Eyes On Jobs Report 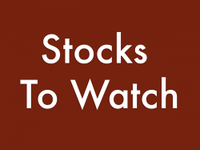