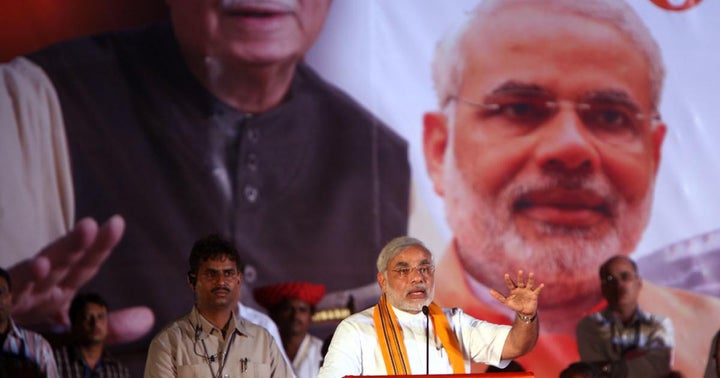 On the back of that news, a slew of US-listed India exchange traded funds rallied Monday even as U.S. benchmarks and the MSCI Emerging Markets Index lost ground.

INDL looks to deliver triple the daily returns of the MSCI India Index. That index “is designed to measure the performance of the large- and mid-capitalization segments of the Indian equity market, covering approximately 85% of companies in the Indian equity universe,” according to Direxion.

Leveraged international ETFs, of which Direxion offers an extensive suite, are ideal plays around the time of national elections in the underlying countries. Funds such as INDL allow active traders to effectively enter a position in the day before or days leading up to the election and “sell the news” following the results.

Data indicate traders were entering INDL leading up to the weekend's Indian national elections. For the five days ending Friday, May 17, volume in INDL was nearly 77 percent above the trailing 20-day average, good for the third-highest increase among all of Direxion's leveraged ETFs, according to issuer data.

That theme continued Monday as turnover in INDL exceeded five times the daily average. INDL entered Monday as the tenth-best Direxion bullish leveraged ETF over the past week, but its performance yesterday will likely rocket it to the top spot.

As was noted earlier, Indian election results are not yet official, but it is also clear Modi will retain power. That could set up a sell the news event for INDL in the coming days. Traders that missed Monday's rally in the leveraged ETF may want to sit on the sidelines over the near-term before initiating new long positions in the fund.

A Small-Cap ETF With Big Potential

A Standout Among Leveraged EM ETFs

Traders Are Piling Into This India ETF