Inverted yield curves have previously been reliable recession indicators, but the most recent inversion quickly normalized.

Historically, it has taken about six months for recessions to commence following yield curve inversion, but some market observers are betting this time will be different and with the yield curve back to normal some bond funds are benefiting.

“You can see that, although TYD is up 6 percent and TMF is only up about 20 percent since the beginning of March, both saw most or all of this move come over the course of just five days following the most recent FOMC meeting,” said Direxion in a recent note. “While the Fed’s dovish rate signal and mounting worries about a slowing economy are obvious catalysts for this rush to Treasurys, less obvious is just how drastic the change in demand actually was. Not only was the post-Fed move the steepest upswing for Treasurys this year, it also represented the notes’ highest price since late 2017.”

Traders have recently displayed some affection for TMF, the long-dated leveraged play. For the five days ending Thursday, April 4th, traders added $5.40 million to the fund, good for the eighth-best total among Direxion's leveraged ETFs, according to issuer data.

“Going forward, there are some key things to watch for that might further indicate where fixed income is headed,” said Direxion. “Right now, investors can keep an eye on the price in the longer-term 20-30 year Treasurys, which tend to lead the 10-year notes in buying and selling activity, for an indication of which direction bond prices might be headed overall. Additionally, keep an eye on the U.S. dollar index, which remains relatively strong and has attracted international investors as a value store, more so than government bonds.”

Where Lyft And Uber Will Live In ETFs 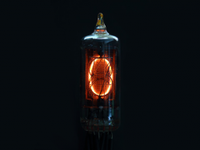 3 Leveraged ETFs For The Fed's Move To Near Zero 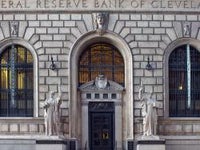 Interest Rises In Leveraged Bond ETFs Ahead of Fed Meeting