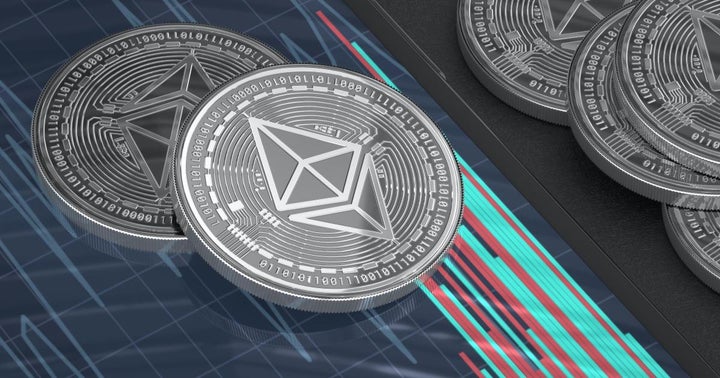 In order to create a conflicting block on Ethereum (CRYPTO: ETH), an attacker would have to burn more than 2.5 million ETH worth $10 billion, according to core developer Tim Beiko.

What Happened: In a new report titled “How The Merge Impacts Ethereum’s Application Layer,” Beiko explained how Ethereum’s transition to a proof-of-stake (PoS) blockchain would enable blocks to be used more reliably than confirmed proof-of-work (PoW) blocks.

“A finalized block is one which has been accepted as canonical by >2/3 of validators. To create a conflicting block, an attacker would have to burn at least 1/3 of the total stake. At the time of this writing, this represents over $10 billion (or >2.5 million ETH) on Ethereum,” said Beiko.

Why It Matters: Proof-of-stake is a solution to the [environmental issues] of Bitcoin (CRYPTO: BTC), which needs far less resources to maintain, said Ethereum co-founder Vitalik Buterin earlier this year.

According to Buterin, under the proof-of-stake consensus mechanism, Ethereum’s energy consumption could be reduced by a factor of 100 or even 10,000.

However, the transition from proof-of-work doesn’t come without consequence, particularly to one segment of stakeholders on the Ethereum network.

After “The Merge,” which refers to the moment Ethereum switches from PoW to PoS, Ethereum miners would essentially be out of business.

Despite the date for "The Merge" inching closer, miners have continued to invest millions of dollars in new ETH mining machines.

“If you can bet against that, the return could be quite lucrative.”

Photo by DrawKit Illustrations on Unsplash

Ethereum (CRYPTO: ETH) was trading about 2% higher on Friday in a continued bounce of relief since plummeting almost 24% lower between Jan. 5 and Jan. 12 when the crypto hit a low of $2,928.69. read more