Beeple's Last NFT Sold For $69 Million. Now You Could Get Your Hands on His Newest NFT Collection For $1. 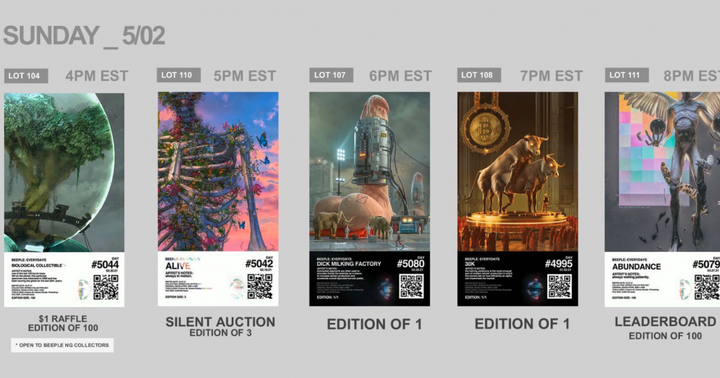 After his record-breaking $69 million auction with Christie’s Auction House, Beeple is now releasing some of his NFT artwork on Nifty Gateway via drawing.

What Happened: Nifty Gateway, a non-fungible token (NFT) marketplace, is hosting drawings over a three-day period, from April 30-May 2.

“Beeple Spring Summer 21” includes limited sets of 100 NFTs being raffled off for $1 each. These limited edition pieces are already fetching $50,000 on the secondary marketplace.

In addition to these raffles, Nifty Gateway is hosting silent auctions for certain pieces in Beeple’s newest collection. All-in-all, Beeple is releasing 12 different pieces throughout the course of three days.

According to Christie’s auction house, Beeple’s sale of “The First 5000 Days”, a collage from digital artwork he produced every day for 14 years, placed the artist among the three most valuable living artists. Pieces in Beeple’s latest collection currently have bids for over half a million dollars, but this is a far cry from the $69 million generated from his previous auction.

Although Beeple accepts Ether tokens (the native cryptocurrency on Ethereum’s network), he sold off his $69 million in ETH after the sale of “The First 5000 Days." If he would have held onto his Ether tokens, he’d have over $120 million today.

Why It Matters: Some speculate that Beeple’s auction on Christie’s was an anomaly. Now that he’s releasing another collection, art investors can finally have an idea of how much people are willing to pay for his artwork.

From the looks of it, Beeple’s single editions could fetch over $1 million each. Given the years that went into making Beeple’s “The First 5000 Days," it’s unlikely his other pieces will sell for similar prices.

The market for Beeple’s limited edition prints will also be telling of Beeple’s monetary value as an artist. Since each of the 100 prints are sold for $1, the secondary market chooses the going price for his art. 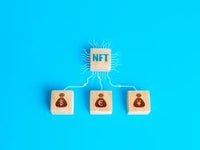 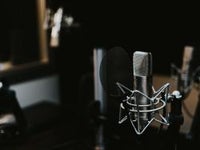 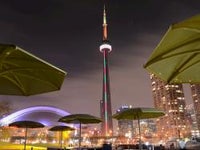 Everyone loves to be entertained in some form or another. Our media-centric world has created new outlets and forms of entertainment. However, more traditional media & entertainment, such as TV programming, online videos, and internet-related activities, continue to see strong projected growth over the next several years. read more 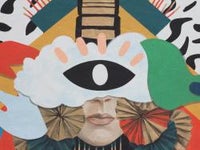 Alibaba's Ant Says NFTs Aren't Cryptocurrencies As 16,000 Art Copies Get Sold Out In A Blink

Alibaba Group Holding Limited (NYSE: BABA)-backed Ant Group has sought to clarify that non-fungible tokens (NFTs) are not cryptocurrencies, according to a read more