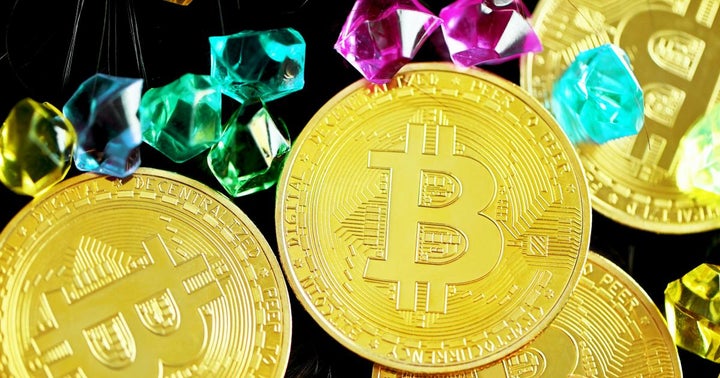 Bitcoin dominance fell to a two-year low of 55.70 according to data from TradingView, potentially indicating the start of a significant altcoin rally.

What Happened: This altcoin rally has come to be known as “alt season,” marked by several cryptocurrencies outperforming Bitcoin for a period of 60 to 90 days.

According to the Altcoin Season Index from Blockchain Center, April has proven to be “Altcoin month,” evidenced by the fact that 75% of the top 50 coins by market cap performed better than Bitcoin over the last 30 days. 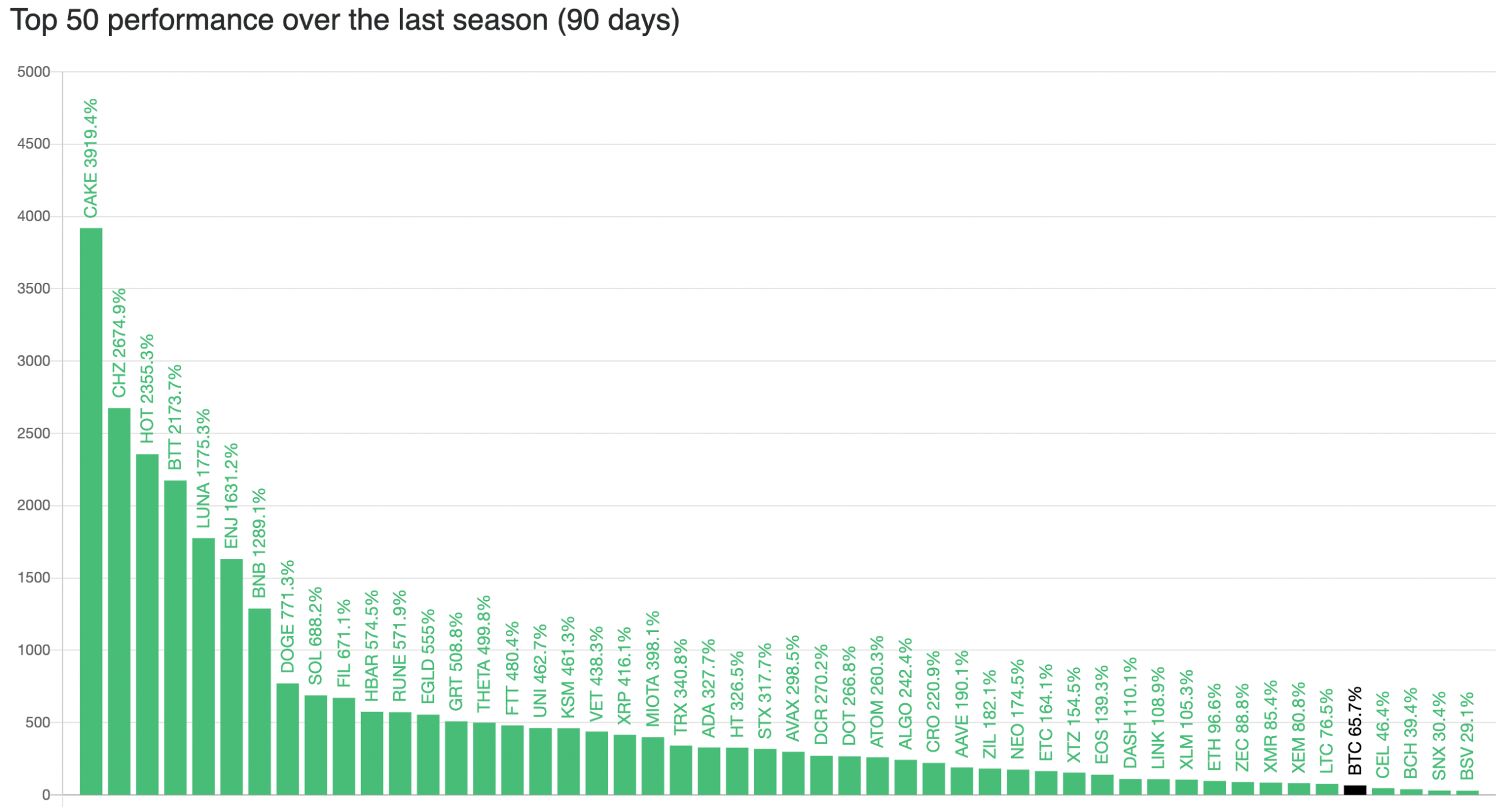 The season for altcoins may have already started earlier this year, taking into account the overall performance of other cryptocurrencies compared to Bitcoin. Over a period of 90 days, Bitcoin has returned 65.7%, but some altcoins gains have far exceeded this figure.

The largest gainer was CAKE, the native crypto token of decentralized exchange PancakeSwap, which recorded a 3919.4% increase over the past three months.

Other popular altcoins that outperformed the market leader were DOGE, which gained 771.3%, and THETA that gained 499% during the same period.

Why It Matters: With over $2 trillion in market cap, today’s crypto market is vastly different from earlier years, and so are trader’s expectations of the current alt season.

According to a popular Twitter crypto trader known to his followers as CJ, once Bitcoin dominance loses critical support, it will ignite the “mother of all alt seasons.”

“I don’t believe we have had a major 4th wave yet on BTC. 4th waves are generally sideways- aka first alt season. Then once BTC tops after the 5th impulse wave, second alt season,” he said on Twitter. 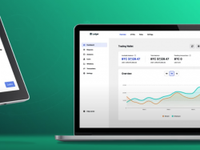 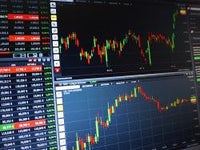 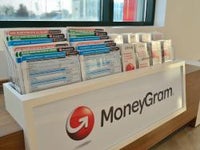