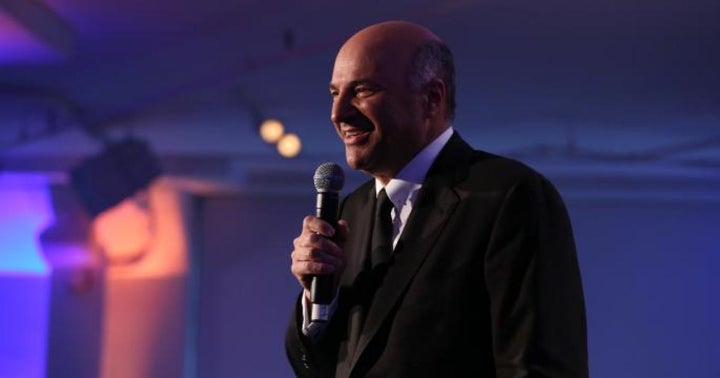 Jason Raznick, the founder and CEO of Benzinga, on Thursday interviewed Kevin O'Leary on the "Raz Report." Among the topics discussed with the "Shark Tank" star and co-founder of O'Shares ETFs were Bitcoin (CRYPTO:BTC) and NFTs.

Changing Mind On Bitcoin: O'Leary has become more vocal about wanting to allocate 3% of his portfolio in the cryptocurrency.

In 2017, O’Leary says he owned both Bitcoin and Ethereum but didn't talk about it due to working with regulated businesses. Now he says "things have changed" regarding regulators tone for Bitcoin.

O’Leary says he was slammed for being negative on Bitcoin, but "we're in a new place now."

Virgin Bitcoin: O’Leary brought up a point about not knowing where all Bitcoin is mined.

Right now you can tell when every Bitcoin was created, but not where. This led to O’Leary receiving calls from people after buying Bitcoin questioning if he was supporting non-clean energy sectors like coal or human rights-violating countries.

The solution for O'Leary was to reach out to mining companies and partner on deals to provide capital for mining equipment and get paid back royalties in newly-minted “virgin bitcoin” that O’Leary knows when and where it was mined.

Watch the full interview in the video below:

O'Leary is going to buy stakes in mining companies and also do royalty deals to get exposure to virgin bitcoins.

"Maybe the virgin coin with proof of where it was actually made is going to be more valuable than blood coin in China," he said.

O'Leary said you can't get accused of supporting human rights or energy complaints if you own virgin Bitcoin as he compared not knowing where your Bitcoin came from to blood diamonds.

In the future, O'Leary said he will only own virgin Bitcoin, vowing to have his 3% allocation made up of Bitcoins he knows when and where they were mined.

O’Leary believes more institutions could turn to owning the virgin coins as well and that the ethical questions over ownership could be why there aren’t as many large companies owning Bitcoin now.

O’Leary On NFTs: O’Leary is interested in owning digital art like NFTs, or non-fungible tokens, in the future.

The entrepreneur said it could be wise to think about NFTs from 30,000 feet and see that the digital asset class is a new form of value and eliminating counterfeiting.

If you believe in the universe of digital assets and items that can’t be copied, they're going to “have value in the new world.”

O’Leary said a percentage of his assets will be going to digital, with the core position being in Bitcoin.

Price Action: Bitcoin was trading at $57,683 at the time of writing.