ESG ETFs Are Growing, But Still Have A Long Way To Go

Data indicate exchange traded funds dedicated to environmental, social and governance (ESG) investing principles are growing in both population and assets under management. However, these funds need more of the latter, not necessarily more new product launches, to chip away at actively managed rivals and cement their status as credible alternatives to traditional investments.

Some ESG ETFs are closing in on two decades of trading trading while others are over 10 years old, but the landscape of socially responsible funds has long been dominated by actively managed mutualf funds. Fortunately for ETF issuers, inroads are being made against active rivals.

“ETFs are beginning to reach parity with open-end funds in the ESG space,” said Morningstar in a recent note. “The ETF universe of sustainable funds attracted more than $2 billion in net flows last year, doubling its 2017 total and setting a record for the past decade.”

The 2016 through 2018 period brought exponential growth in terms of sheer population for the U.S. ESG ETF universe. During that period, 52 ESG ETFs launched in the U.S., according to Morningstar. Rookie ESG ETFs are like any other new ETF: some find immediate success gaining investors' assets while others take time to gain favor among ETF users.

“The 13 iShares ESG ETFs, including three launched during the year, attracted more than $1.5 billion in net flows in 2018, more than two thirds of the overall net flows to the 74 ESG ETFs available in the U.S.,” said Morningstar. 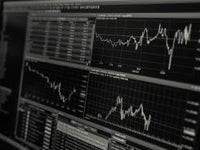