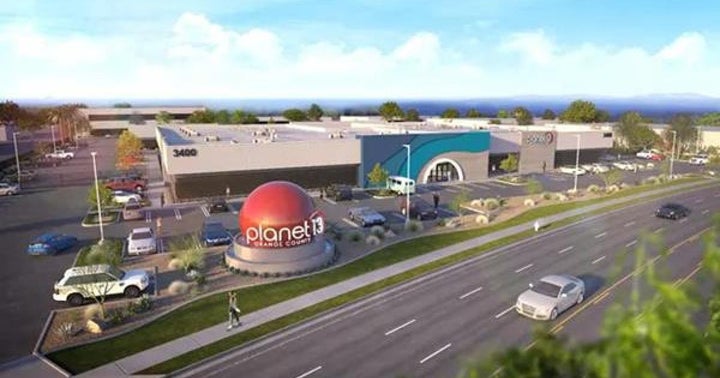 Planet 13 is still building and adding on to its cannabis superstore. When finished, Scheffler expects the building to span over 19 acres.

Planet 13 is in the process of nearly doubling its cash registers at its dispensary because the company can't keep up with the demand, the cannabis exec said.

The cannabis company is adding numerous new entertainment features to its Las Vegas location including dueling robots, an 80-foot digital wall and a levitating product display, he said.

"Everybody wants to be entertained. It's our job to entertain them," the Planet 13 co-CEO told Benzinga.

Planet 13 is constantly working on new entertainment ideas, which Scheffler says is advertising for the company. Planet 13 encourages individuals to take photos because the company knows they will want to show the photos to their friends.

Once people come into the Planet 13 stores, they come back, he said.

Planet 13 opened a second cannabis superstore location in Santa Ana, California on July 1. Scheffler told Benzinga that the company has plans to expand to about 15 cities across the United States.

Recreational cannabis sales in Illinois just set another record for the month of July, hitting an all-time high of $128 million. read more