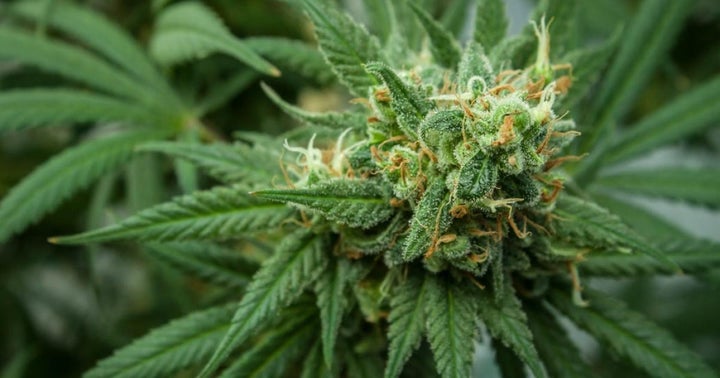 It’s fair to say that the active participants on both sides of the cannabis market – suppliers and consumers – are delighted to read each headline heralding yet another state or county legalizing the use of recreational marijuana. As a matter of fact, fewer than 7 million of America’s 335 million inhabitants live in places without some degree of marijuana legalization. The surprising speed with which state-level legislation is dropping the barriers to adoption is a long-awaited dream for many who had been previously involved in the cannabis ecosystem only “from the shadows.”

What’s driving this new wave of approval? Few would argue with the presumption that a key stepping-stone to this process has been the broad acceptance of medical marijuana (MMJ) by the medical community as a mainstream treatment strategy for a long list of clinical maladies. While growth estimates in such a dynamic industry are hard to nail down, the most common indicate that while the MMJ market surpassed $22.4 billion in 2020, it is estimated to register over 19.3% CAGR between 2021 and 2027, reaching $87.4 billion.

But I’d like to discuss a leap that many then make in predicting the MMJ industry’s growth patterns for the next decade. The assumption is that as recreational marijuana becomes more mainstream and therefore freely accessible (without the formality of prescriptions, the formality and precision of dosage, and limitation of application), the demand for MMJ will begin to dwindle. While superficially there appears to be some logic to this theory, there are over a dozen different reasons why this is not the case.

The smoke at the end of the tunnel

Legislation and formal legalization are a process. Despite the headlines, marijuana is actually only fully legal (for both uses) in 15 states and Washington DC, while 25 only allow medical use with a prescription from a doctor. Will the rest get there? I think they will. But some states – perhaps many – will take years, and even then, ease into recreational use gradually. Until then, MMJ continues to maintain and grow in value.

The word from above

Though the Biden administration has been indecisive about decriminalizing marijuana at a federal level, the one thing that both the president and vice president agree on is reform to support the use of medical marijuana. Federal support for recreational use appears to be far off, and in the meantime, supporting medical use may represent the administration’s middle-ground.

The voice of the NIMBY

As a compromise to the vocal “not in my backyard” contingents in most states (actually, often a collection of contingents with various separate concerns), many of the states which have thus far legalized recreational use did so through an initiative process; specific localities could “veto” the change, and many did. This process has rarely been leveraged as a tactic to legalize the use of medical marijuana, as the objections are few and far between.

This same sensitivity to public opinion may very well impact federal legislators in a similar way, as they try to please both eager and resistant constituencies in their home states. As such, federal legislation will most likely also offer these local and even state-level exceptions to override national regulations. Surveys indicate that many states have an overwhelming, not marginal approval of citizens for doctor-prescribed MMJ: As was the case in 2018, a large majority (85 percent) of Wyoming residents say they support the legalization of marijuana for medical purposes if a doctor prescribes it. There is a similar figure in Arkansas (84%) and in Pennsylvania (87%).

Even most of the states in which recreational use is legal make a point of providing more flexibility and benefits to obtaining marijuana when managed through medical channels: approvals to grow your own for personal medicinal use, growing larger quantities for recreational use than other consumers, higher possession and purchase limits, and even lower tax rates! Add that to extra legal protections, higher potency products and other opportunities for priority service, and getting that medical card becomes very attractive. Once again, this is a way for states to make clear that they are “in control” of this still-developing industry, with more robust documentation and tracking for medical, behavioral or criminal consequences and adverse outcomes.

The strength of the stigma

Depending on your perspective, this one may be obvious or astonishing: there are plenty of states in which, despite the legality of medical use, a class of more conservative patients still resist MMJ treatment, due to old-school stigmas and personal opposition to the still-taboo notion of drug use. As states adopt medical use at a rapid pace, adding a reliable stamp of approval, these stigmas will fade, and we’ll see the resulting spike in growth in medicinal treatment. These patients will never feel the same confidence when self-medicating via recreational products.

In a similar vein, doctors are primarily conservative and trained in rigid pharmaceutical strategies. While many are certainly eager to differentiate and offer cutting-edge, innovative treatment options, many are carefully collecting and reviewing studies that provide them with the backing to support their embracing the treatment.

Safer than you think

One of the discoveries these doctors make is that MMJ is rarely a clever way to obtain cannabis for recreational use. There are shockingly few reports of patients abusing the system when obtaining their flowers, oils, creams or edibles for treating very real chronic conditions such as cancer, seizure disorders, severe pain, opiate-use disorder, and cachexia. Even those with prescriptions for use as a basic sleep or anxiety reduction aid are given specific dosages and schedules…and stick to them. Even more interesting: A recent study by Yale University on data from 812 counties in 23 states notes that increasing the number of storefront marijuana dispensaries from one to two was tied to a 17% reduction in death rates of all opioid types, and an increase from two to three stores was associated with a further 8.5% reduction in mortality. In short, the opioid pandemic is being reduced in a measurable way by offering a safer, natural alternative with significantly smaller risk of addiction or side-effects. In fact, when researchers with the University of Washington School of Nursing surveyed a random sampling of actively licensed health care professionals legally permitted to provide medical cannabis authorizations in the state of Washington, 72 percent agreed with the statement, “medical marijuana should be used to reduce the use of opioids for non-cancer pain.”

Global innovation, driven in its very initial stages with plenty of room for growth eyed by both startups and established pharma giants, is focused in great part on the medical industry. Investors are jumping in deep, and this new branch of MedTech shows no signs of letting up. Researchers recommending these trades have all seen the technical growth trends, and their clients are responding in kind.

Beyond the chronic conditions commonly treated today, there are strong indications that cannabis compounds also have anti-cancer and antibiotic benefits, even helping treat conditions that are otherwise antibiotic-resistant. These uses and others promise to extend the reach of MMJ into new medical specialties.

Does medical cannabis have solid growth in its future? We can look over our shoulder – until the Pure Food and Drug Act in 1906, cannabis was considered medicine and sold in pharmacies. After a brief century-long break, it’s back, for good. Yes, medical marijuana may be more restricted, regulated and structured – the antithesis of the more free-wheeling, traditional tone we associate with recreational weed. But we have to remember that MMJ is essentially merging into perhaps the largest, most pervasive, and well-funded sectors in history. When we consider the massive power and financial base of the healthcare industry, there’s every reason to expect that MMJ will continue to stand on its own, regardless of the parallel growth of recreational products.