How 2021's Cannabis Market Is Shaping Up, According To ETFMG's Jason Wilson 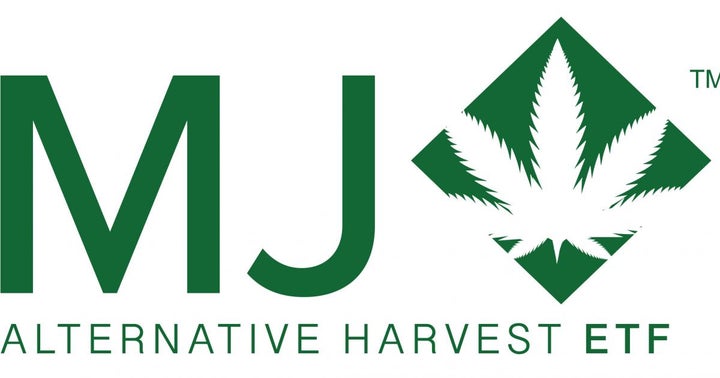 ETFMG Alternative Harvest ETF (NYSE:MJ) cannabis banking and research expert Jason Wilson is optimistic about the cannabis space in 2021 — especially when it comes to reform prospects in the U.S.

The industry's resilience during the coronavirus pandemic was only one sign of its strength.

"There's a lot of demand. There is a lot of growth," Wilson tells Benzinga. "We're seeing maturation."

2021 will be the year that sets the stage for more activity in 2022, Wilson adds, citing a range of cannabis-related reforms: social justice, worker protections, decriminalization and banking.

In the U.S., the Democrats' early days of congressional power have included cannabis reform efforts. And even though federal reform may not occur this year, there's enthusiasm in the domestic and international fronts with growth opportunities across the market's worldwide verticals, from pharma to hardware, he explained.

Market fluctuations as of late show a bevy of activity is underway and it is not too late to get involved, Wilson says, recalling 2018's market hype underscored by the corrections of 2019

Today's market is trading at a more reasonable valuation, he adds, noting more substantial balance sheets and a more precise focus across cannabis.

"We're seeing numbers like that in every market, in every segment, whether it's flower or infused beverage, from the U.S. to Canada to global," he says.

Still, regulations and product development remain unclear in the future, leaving ample room for brands to earn their place in the market.

"We don't really have a roadmap from a regulatory perspective yet, and it's going to take a long time for the new products to emerge," he adds. "It's going to be hard to pick individual winners and losers for the foreseeable future."

As such, investors should consider ETFs like his as a possible alternative until more market certainty takes shape, Wilson advises. 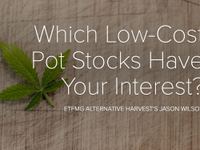 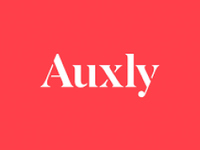 Auxly Analyst: Cannabis Stock Is 'Flying Under The Radar' 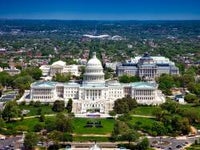 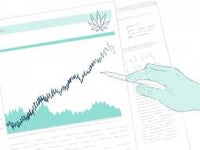 "There's a lot of excitement surrounding the cannabis investment space right now and for a variety of a reasons," Dan Ahrens says. read more