An Excerpt From Dan Ahrens' Book On Investing In Cannabis: Canada Vs. The US 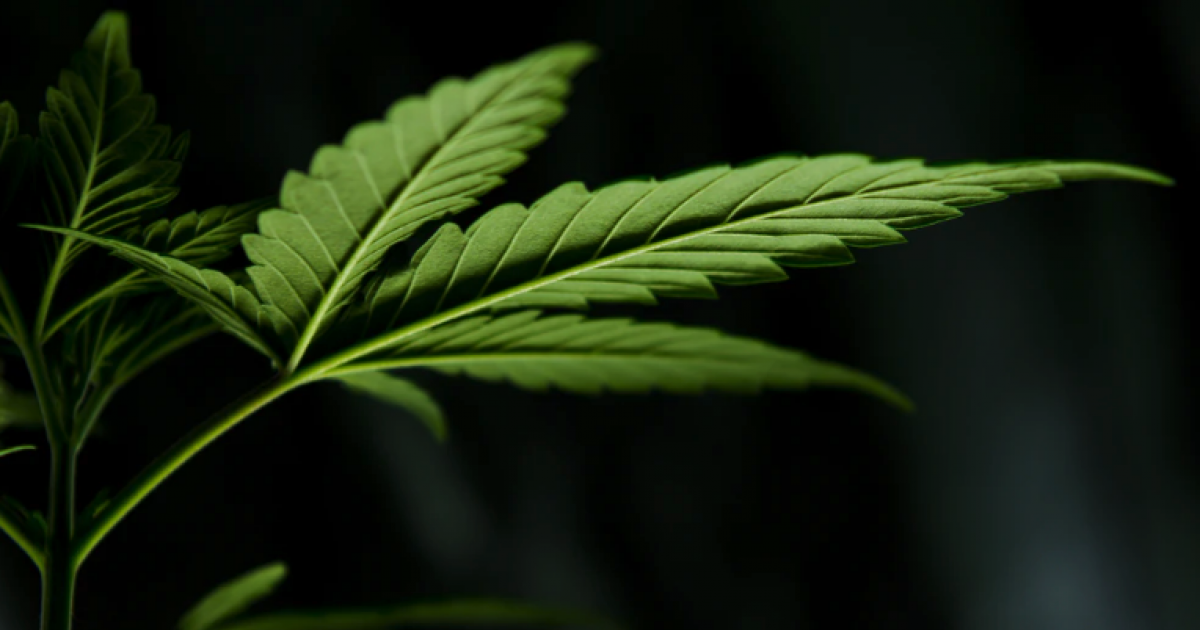 Written by Dan Ahrens, chief operating officer and portfolio manager at AdvisorShares, and renowned “vice investing” expert, this new book examines the rapidly expanding world of cannabis investment.  Ahrens takes an in-depth look at all aspects of publicly traded stocks in the cannabis industry, as well as  explores the differences between the Canadian and U.S. cannabis marketplaces.

The book focuses on the status and history of cannabis legalization plus concrete examples that every day investors can use to make intelligent and informed investments in any sector of the modern, legal cannabis industry. With an emphasis on good lists and data, Ahrens guides readers through the ins and outs of the booming cannabis industry and attempts to distinguish between future breakout success stories and future busts.

Released in November, Investing in Cannabis: The Next Great Investment Opportunity is currently available wherever books and eBooks are sold.

The US cannabis market is the largest in the world. Legal cannabis sales in the United States increased to approximately $13 billion in 2019, up from only $10 billion in 2018. That’s a 30% increase year over year. And it is already more than 10 times the size of Canada’s cannabis market. These numbers are only based on existing recreational and medical marijuana legal states through 2019. Remember that many states get a zero for legal cannabis sales. Wall Street estimates vary considerably, but it is felt that legalization in all states would create a $50 billion market. One analyst suggested that $100 billion in annual cannabis sales could be possible in the United States by the year 2030.

For everything that the US market has, it lacks Canada’s most powerful virtue – federal legalization and everything that comes along with it. Cannabis companies in the United States (the multi-state operators), while representing billions of dollars in sales, cannot list their shares on the New York Stock Exchange, or NASDAQ, or even Canada’s TSX or TSXV. The US-based MSOs that are publicly traded have typically listed their stocks on the smaller Canadian Stock Exchange (CSE), and then had their shares also trade in the US over-the-counter (OTC) market. Stocks not listed on the major exchanges are at least less attractive to most investors. In other cases, these stocks are completely impossible to trade – depending on a brokerage firm’s or custodian bank’s rules. US cannabis companies also won’t get investments from big pharma, big tobacco, or major alcohol corporations. Deals similar to that of Constellation Brands and Altria won’t happen with American cannabis multi-state operators while the US federal law disconnect remains.

While marijuana remains illegal in the United States at a federal level, serious financing concerns remain for US marijuana companies. Banks and credit unions have avoided providing even basic banking services to cannabis businesses that “touch the plant” as well as companies that service marijuana businesses as their primary function. Banking for cannabis companies in the United States is not a gray area. Banks in the United States are federally chartered and would actually be exposing themselves to severe criminal and financial penalties for transacting with marijuana related businesses. US cannabis firms lack access to commercial banks, but they also lack access to investment banks. Large US investment banks would usually bend over backwards to underwrite deals for public corporations with sales in the billions and growing, but federally illegal cannabis companies are off limits. US cannabis firms in need of working capital have been forced to be creative in their financing, often turning to real estate sale-leasebacks or the issuance of more shares. As one of the few ways a cannabis company can raise cash, in a sale-leaseback a cannabis company sells its valuable real estate in a cash transaction combined with a long-term deal to lease the property back from the buyer. It is a better option than issuing more shares of stock. When a cannabis company in a cash crunch needs to raise capital and issue additional shares of its stock, existing shareholder value gets diluted and the stock price almost always suffers. Financing options for US cannabis companies are quite limited while the federal ban on marijuana remains.

While state-legal US cannabis sales greatly exceed those in Canada, high tax rates in the United States do hinder sales. Even while leading the world in legal sales, California sets the bar for excessive taxes hindering marijuana sales growth. California has an already high state sales tax. Combined with local tax, wholesale tax, and a 15% excise tax, consumers may pay more than 45% extra in their final product sales price. Other overhead expenses, such as laboratory quality testing, are also being added to retail marijuana prices. Black-market marijuana still dominates the California landscape. In California and all states, the legal market can only cut into the illicit market at a slow pace.

Federal law in the United States also means US operators must have completely redundant operations in each legal state where they are licensed. Thus, the term “multi-state operators.” Companies are not permitted to bring cannabis and cannabis-derived products across state lines. Marijuana must be grown, sold, and used all within the state boundaries. While on the surface, US companies being forced to exist with separate operations in each state may seem like a big disadvantage, it’s not necessarily so. It is a major hassle though. Unlike in Canada where the majority of distribution and retail operations for recreational cannabis sales are monopolized by their provincial liquor boards, there is no state intervention in the supply chain for the US MSOs. In the United States, the supply chain of a company is owned by that company. They create, distribute, and sell their own products. True vertical integration exists in most states. Middlemen are removed. Many state regulators – like those in Florida, Arizona, New York, New Jersey, and Maine – even require licensees to be vertically integrated. Vertical integration translates into higher margin capture for US operators as compared to the Canadian licensed producers. With the ability to vertically integrate, the system in the United States simply positions the multi-state operators for higher profitability on average than Canadian LPs and their cumbersome government-heavy retail system.

With more than 20 years of legal cannabis growing experience, operators in the United States of America have earned the reputation of creating the best marijuana product in the world. California cannabis is widely regarded as among the highest in quality. Humboldt County, California, in particular is famous for legendary cannabis strains. Cultivators have been developing legal marijuana products since 1996 (and illegal even longer). It’s all about high-quality genetics and scientific growth. US multi-state operators have mastered the science of large-scale grow operations, and state-legal cannabis cultivation is highly regulated for quality and safety. Operators in the United States are also world leaders with innovations in oils, topicals, and edible forms of cannabis product. The United States has been doing it for decades. Canada is just getting started with their late to the game cannabis 2.0 rollout.

While operators in the United States may have among the best technology, genetics, growing conditions and product innovation in the world, they remain completely restrained by US federal law. Cannabis from US operators would be in very high demand around the world if not for the regulatory overhang confining cannabis production and sales on a state-by-state basis. While cannabis remains illegal at a US federal level, growers are unable to ship their products to other countries or even other American states that have legalized marihuana product sales. If the restriction on out-of-state shipping – and international shipping – of marijuana products were lifted, the cannabis industry in the United States could simply explode and fully dominate the worldwide cannabis landscape. For now, it remains by far the world’s largest cannabis economy even while confined to its individual states’ boundaries.

The US cannabis industry has its hurdles, but the fact remains that even the current US market is many times the size of that in Canada. And the US market’s publicly traded cannabis stocks seem dramatically undervalued in comparison to their neighbors in the North. With US cannabis operators’ banking, fundraising, and state-specific operating constraints, they have been forced, on average, to operate in a more efficient and profit-focused manner.

The single state of California is a larger cannabis market than the entirety of Canada. Even the smaller state of Colorado sells more cannabis annually than Canada. And Colorado, like California, has been growing and selling marijuana a lot longer than Canada has. There are currently at least 33 states with some form of legal access to cannabis. Eleven of those states have a combined recreational use and medical marijuana program. The other 22 states allow medical marijuana only, although many are considering the expansion into adult-use recreational sales. Many additional states have legalized the use of CBD products only – so far.

Cannabis Investing According To GAARP

And why we believe Cannabis is the Greatest GAARP (Growth at a Reasonable Price) Story of a Generation. by Morgan Paxhia, co-founder of Poseidon. read more

Cannabis Investors Answer: How Would You Invest $100M?